Metric Just Keeps on Being Itself During San Antonio Show, and It's Pretty Refreshing

Last night, veteran Canadian indie-pop outfit Metric played a massively energetic set to a packed (but, not sold out) house at the Aztec.

The band, a local favorite since its earliest days (circa 2003), brought just the level of enthusiasm you need to rock a crowd properly on a Tuesday night. But, as those who have seen Metric live before will know, that's what Metric does best: excite live audiences via the band members' (especially lead singer Emily Haines') own contagious excitement. In other words, they give so much of a shit that we can't help but give a shit too.

As if it wasn't already evident that this show was geared toward all the (now grown ass) indie kids that used to hangout at Limelight in the early 2000s, the drink specials confirmed the matter. What other audience would go for a "PBR double-fist" special?

In an 18-song set that served to remind us all just how catchy and uplifting Metric's particular brand of pop darkness can be — as well as just what a fucking rockstar and consummate showman Haines is — Metric did not disappoint, despite a few relative lulls when the band played newer material.
All told, the band played seven songs from its latest album, 2018's The Art of Doubt, including standout "Dressed to Suppress." Suffice it to say that the material from that album, perhaps from the absence of a nostalgic audience connection and perhaps owing to the comparatively tepid nature of the album itself, didn't resonate as strongly as the older stuff.

The songs from 2009's Fantasies, far and away Metric's strongest album, proved to be the biggest crowd pleasers of the night, especially the towering, antithetic jams "Black Sheep," "Gimme Sympathy," "Gold Guns Girls," and "Help, I'm Alive" (the show closer and my personal favorite moment of the evening).

For diehards, there was likely some disappointment in not hearing a single track from Live It Out (2005) or Grow Up and Blow Away (2007), with the band choosing instead to showcase some of the stronger songs off of Synthetica (2012), which is, for my money, Metric's last really good album (not to totally dismiss the bright spots on the band's three albums since).

As something of a concession to the oldest heads, the band did let the crowd  choose between one of two favorites from its first album, 2003's Old World Underground, Where Are You Now?

The choice was between "Combat Baby" and "Dead Disco," and the crowd chose "Dead Disco." And, while the driving, seething, and angsty song proved one of the most fulfilling emotional crescendos of the show, I'm sure I'm not the only one who wished the band would have just played both songs.

Slideshow All the Cool People We Saw at the Zoe, Metric Show at the Aztec Last Night 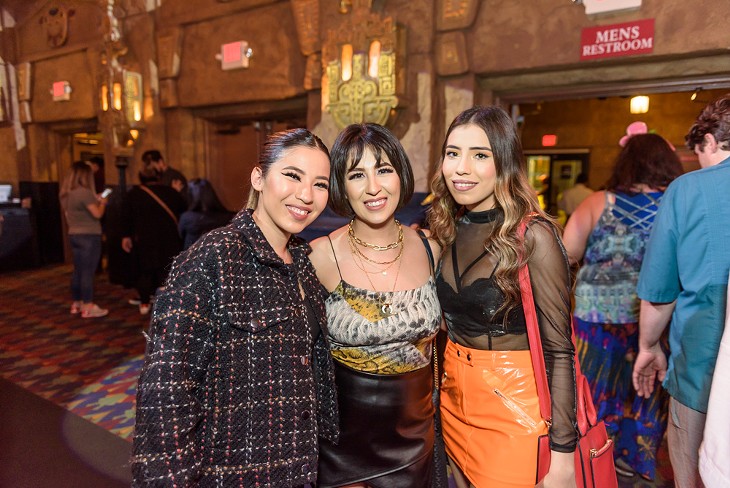 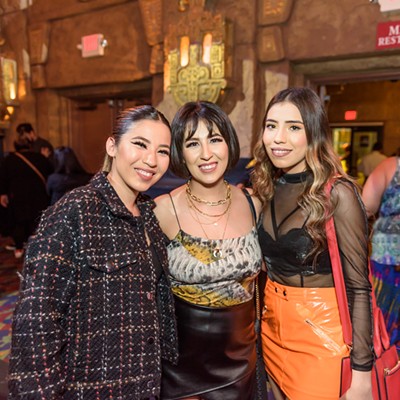 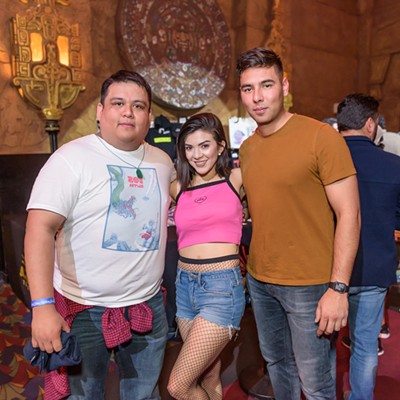 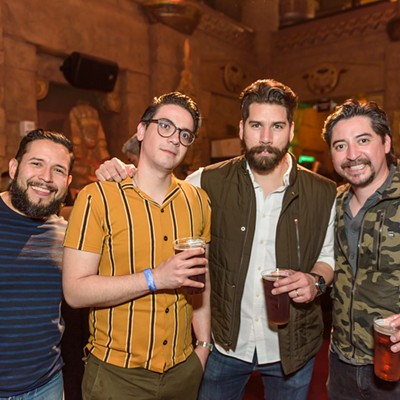 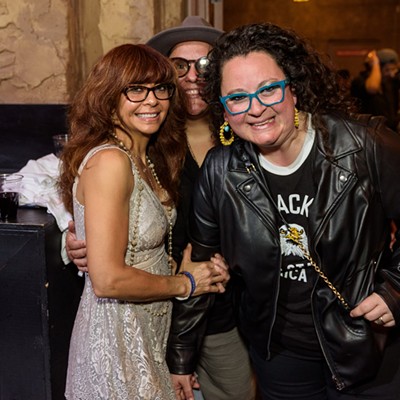 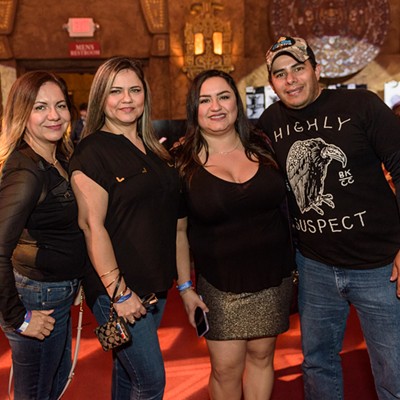 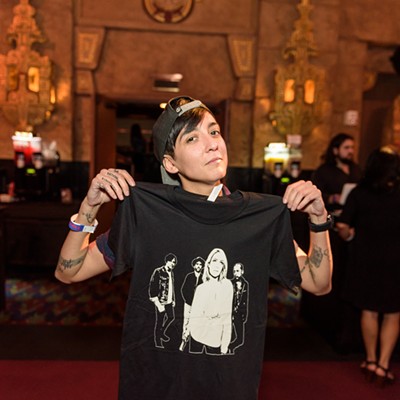 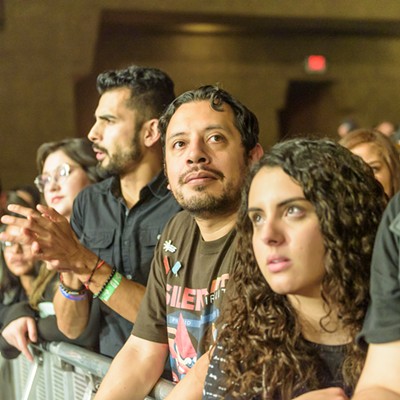 All the Cool People We Saw at the Zoe, Metric Show at the Aztec Last Night
By San Antonio Current Staff
Click to View 95 slides
Get our top picks for the best events in San Antonio every Thursday morning. Sign up for our Events Newsletter.