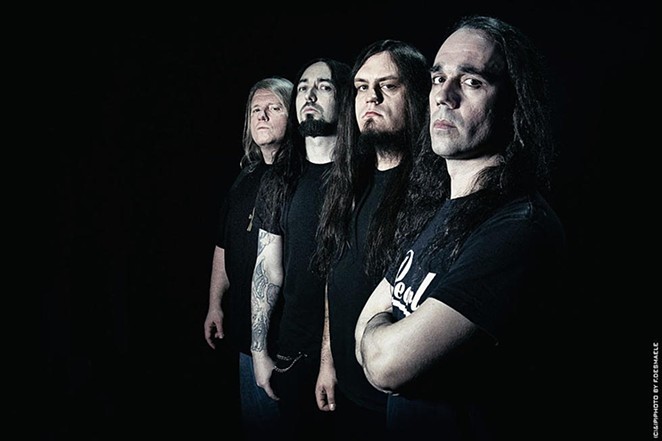 Considering San Antonio’s affinity for metal, we wanted to make you aware that one of the most brutal acts of all time is making a return visit.

On Sunday, December 8, Egyptian-themed death metal band Nile will swing through the Rock Box in support of its 9th studio album, due out later this year.

Formed in 1993, Nile released a couple of EPs before signing with Relapse Records and releasing the full-length classic Amongst the Catacombs of Nephren-Ka in 1998. The Relapse deal brought a wider audience to the South Carolina band, along with opportunities to tour with death metal brethren Incantation and Morbid Angel.

This time around, though, it's Nile headlining and grindcore mainstay Terrorizer will be in the support role.