March 22, 2019 at 4:53 PM
comment
Music with a focus on how artists can build connectivity to the audience. That's what Street Love Sessions is all about: the unity between music creator and music listener. 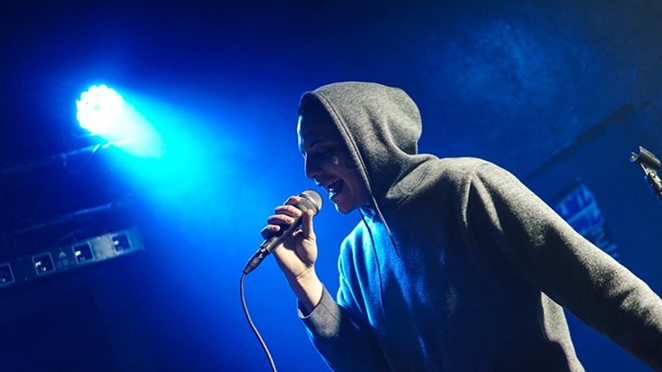 25-year-old emcee Joshua Garcia, also known as Shredzy, is the brains behind the event. Being one of San Antonio's newest live music events, Garcia tailors showcases to give local talent opportunities to create a fan-base and build their image and stage presence.

"The name for the event is actually the name of one of my songs," Garcia said. "'Street Love' is a song about loving what you do with music, and being addicted to it that you begin to ignore the real world. Most artists that love their work can understand and relate to that."

Garcia said Street Love Sessions was inspired by the difficulties he experienced with booking shows. His music showcase doesn't discriminate based on popularity or how many fans an artist has. "It's an opportunity for everyone," Garcia said. "If you've got a passion, we want to hear it." 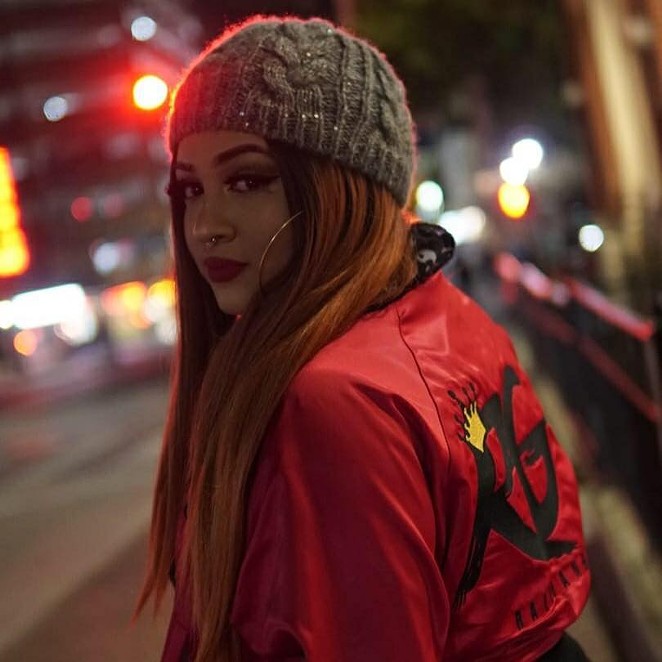 The Street Love Sessions series was behind the all-female emcee show in January. The lineup included performances from Kree23, Niza and Lina Sea. "Such a great night," Garcia said. "It felt divine, all the women were amazing to work with, and they were a big help with making the event successful. We're planning another women's appreciation show soon." 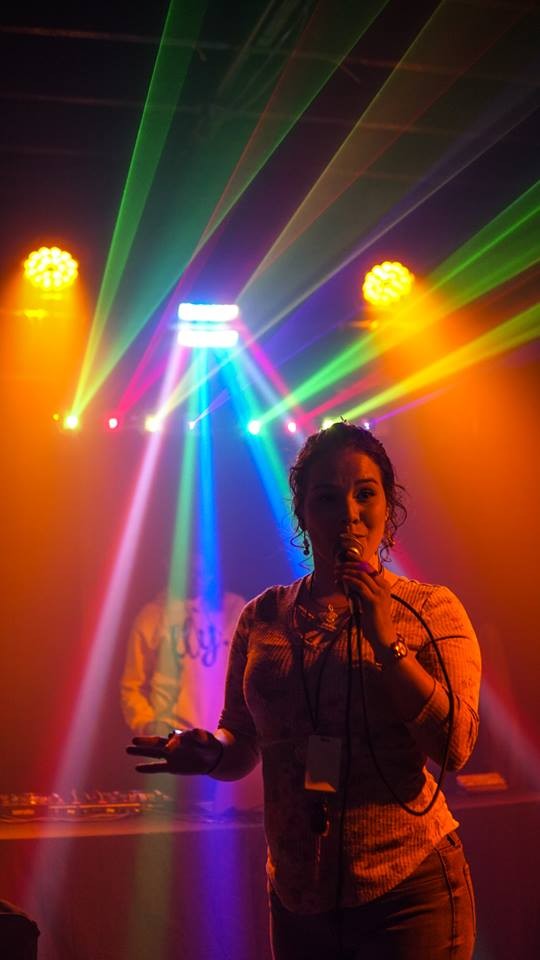 "We plan to use Street Love as a way to boost the San Antonio music scene," Garcia said. "San Antonio could be a powerhouse, but there are too many venues and promoters that play favorites. This is strictly an artists-to-crowd connection. It's about keeping an equal level of love and appreciation."

Garcia thanks the owner of Ventura SA, Michael Carrillo, for giving the series a home. Although the showcase will also be featured at Limelight and Fitzgerald's, Ventura is the original venue.

"I'd like to thank Lina Sea and Brittany Jackson as well," Garcia said. "They, along with Michael, helped make this showcase real."

The next event will be held on Tuesday, March 26 at 9 p.m. at Ventura. Vendors from NZ Threadz clothing and Rockin' Pecsado will be present, as well as live painting from Malory Benavides, and Quartz. 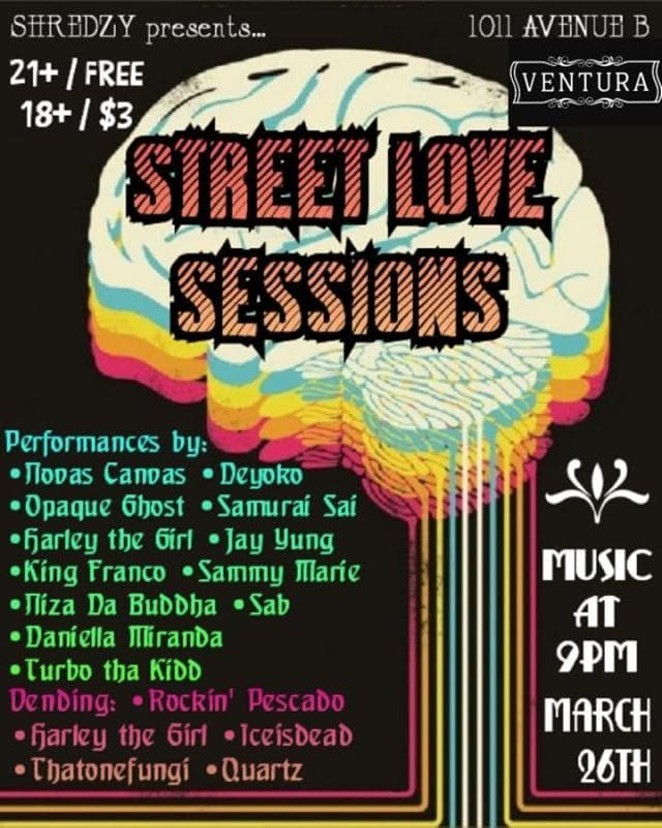 1011 Avenue B
Downtown
San Antonio, TX
(210) 802-6940
Concert Hall/Auditorium, Lounge and Music Venue
Map
Get our top picks for the best events in San Antonio every Thursday morning. Sign up for our Events Newsletter.