See You at the Crossroads: Bone Thugs-N-Harmony Returns to San Antonio 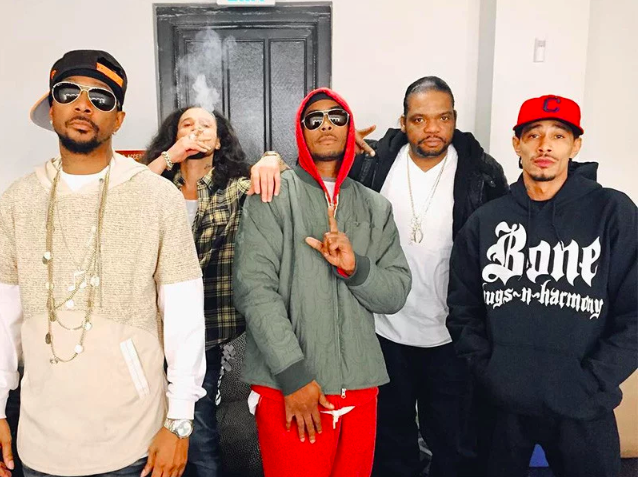 On the heels of the Record Store Day announcement that Bone Thugs-N-Harmony will be re-releasing its essential East 1999 Eternal album on vinyl, the group also is headed back on tour.

On Friday, August 9, Krazyie, Layzie, Bizzy, Wish and Flesh will descend on San Antonio once again, because, you know what? Apparently we still fucks with Bone and we’re tired of explaining ourselves to people. Gosh!

And while, yes, you can catch Bone Thugs-N-Harmony, or any one of its members playing a show here at least once a year — Bizzy is actually playing at Fitzgerald’s on Friday, May 17 — there’s something to be said about the group's longevity in the biz.

Collaborating with both the Notorious B.I.G. as well as Tupac Shakur, the Cleveland rappers somehow survived the early ’90s “gangsta rap” era and still continue to make music all these years later.

Also, their flows and cadences are even being re-introduced to the mainstream thanks to Migos and other trap artists rapping in triplets over modern pop and rap beats — something the group first did almost twenty years ago.

Tickets for their show at the Aztec Theatre go on sale April 11 at 10 a.m.