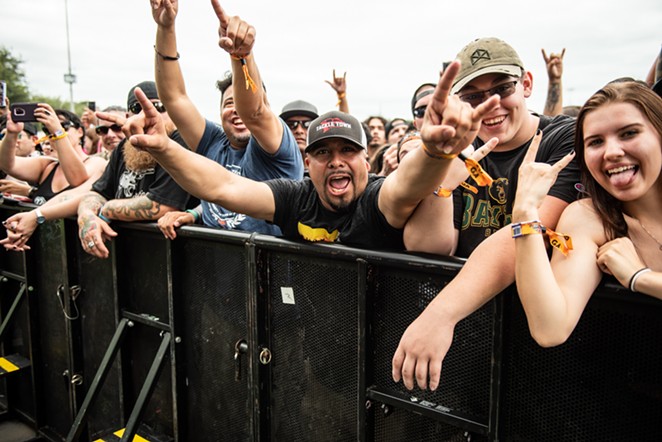 Who isn't down for an extra day of rock?

After six years in operation, San Antonio's River City Rockfest is expanding into a two-day event. The Bud Light-sponsored outdoor concert will run Sept. 21-22 at the AT&T Center.

“River City Rockfest has grown and evolved into a full-fledged festival in the past six years, and expanding to two days is something we’ve been planning for,” Spurs Sports & Entertainment Senior Vice President Tammy Turner said in a written statement.

Promoters haven't yet announced the roster for this year's Rockfest, although a little Internet snooping suggests fans will likely hear some cowbell this year. Perennial SA favorite Blue Oyster Cult's website lists a September 22 performance at the AT&T center as an upcoming tour stop.