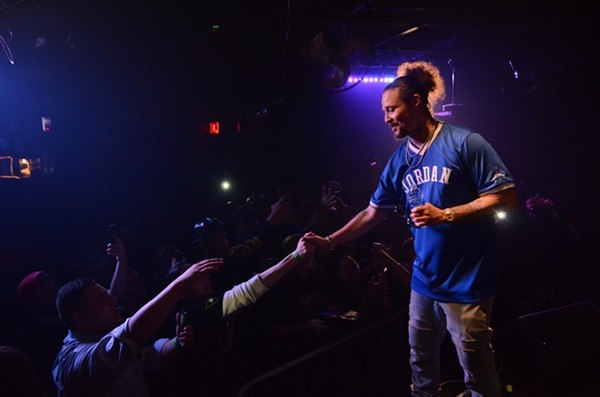 That may have some folks might be saying, "Again?" But judging by how many people still turn up to Bone Thugs shows in San Antonio, it completely makes sense why the "Thuggish Ruggish" dudes keep returning to the Alamo City on a seemingly annual basis — together or as solo acts.

If you missed Bizzy's show last year, the “Thugz Cry” singer performed songs from a bunch of his solo records and even dug deep for some early Bone Thugs-N-Harmony joints. In addition to an angelic-tenor voice, the lyrical assassin has been known to slay audiences with his rapid-fire delivery.

Whether you catch Bizzy with his Bone Thugs crew — they're actually playing the Aztec soon too — or doing a solo set, his captivating live show and drive to release new music at least every year has solidified him as a living legend in the world of hip-hop.

437 McCarty
San Antonio, TX
(210) 607-7007
Music Venue
Map
Get our top picks for the best events in San Antonio every Thursday morning. Sign up for our Events Newsletter.