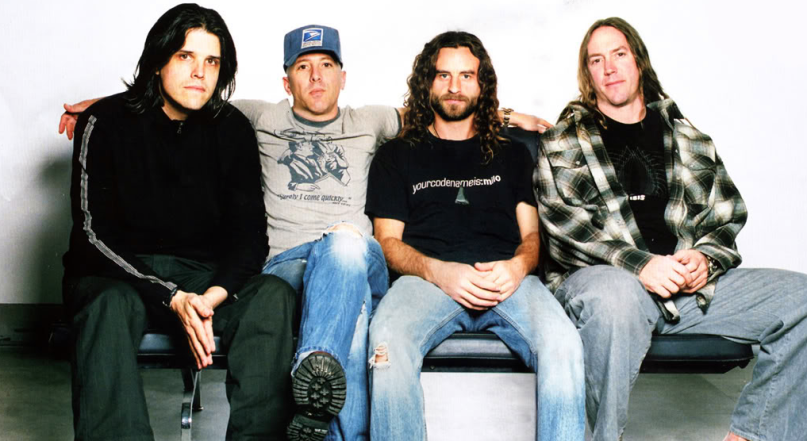 On the heels of a newly-announced album – the first in more than 12 years – prog gods Tool have just unofficially released two new songs.

During their headlining set at Welcome to Rockville in Florida, the band treated fans to a first listen of “Descending” and “Invincible.”

Earlier this week, heavy rock and metal blog Metal Injection posted a video someone put together using all the bootleg footage from the concert to assemble a not-horrible live music video.

In typical Tool fashion, “Descending” slowly builds into monumental swells and drops like tumultuous ocean waves getting choppier and more violent over time. The track feels like it could’ve been written somewhere between Lateralus and 10,000 days – the band’s last two albums. The song fits both records’ spaciness and weird time signatures.
“Invincible” sounds very different than "Descending." If it wasn’t for the weird time signatures and Maynard’s voice, this song sounds unlike any other Tool song we’ve been familiar with. From the intro to the general tone and key signature, this song definitely feels like the next era of Tool.

We reached out to River City Rockfest to see if Tool would be headlining, but didn’t get a response by the time of publication.

Here’s a video for "Invincible."