Turn Up the Heat: 5 of the Hottest Summer Festivals Happening In and Around San Antonio

As sweltering season arrives, it brings with it a spate of music festivals worth enduring the Texas heat for. And, lucky for you, one is even located near water so you won't have to walk far to cool off.

These five South and Central Texas festivals span summer and early fall, offering something for fans of just about any genre. Catch all the dates, boo, or just go to one. Live your life.

Even if you’re not a huge fan of country music, it’s impossible to not be drawn to the grit and charm of the legendary Willie Nelson. Plus, for fans of country, folk, Americana and blues-inspired rock, Willie's annual picnic is a must-see. Even if this one-day concert doesn't constitute a festival in some people's minds, plenty of events billed as such boast fewer artists on the bill. In addition to Willie Nelson and Family, this year's roundup includes Luke Combs, Nathaniel Rateliff & the Night Sweats, Alison Krauss, Jamey Johnson, Steve Earle and the Dukes, Colter Wall, Hayes Carll, Ray Wylie Hubbard, Gene Watson, Billy Joe Shaver, Johnny Bush, Folk Uke, the Raelyn Nelson Band and the Casey Kristofferson Band. Tickets ($45-$499.50) are on sale now via austin360amphitheater.com. 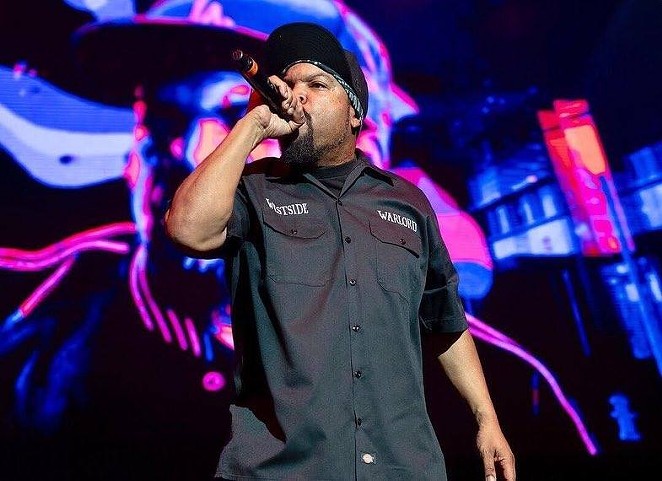 Shortly after announcing a move from San Marcos to Gonzales, Float Fest unveiled this year's lineup, which assembles diverse headliners Major Lazer, Ice Cube and The Flaming Lips. Now in its sixth year, the outdoor concert continues to build on its rep by courting high-caliber acts and letting festival-goers cool off by floating in the river while they enjoy the tunes. Among the other artists on this year’s bill are Rainbow Kitten Surprise, Grouplove, Big Boi, Jungle, St. Lucia, Houndmouth, G Love & Special Sauce, Missio, The Floozies, Goldfish, Sego and Cowboy Diplomacy. Tickets ($75-$449) are on sale now at floatfest.net.

The inaugural Sound of Summer Music Fest will take place at Nelson Wolff Stadium, where the Mala Luna festival is held, and it sports a similar lineup focused on hip-hop, R&B, EDM and Urbano Latino. The two-day event will feature heavy hitters such as TYGA, PnB Rock, Chief Keef, Dej Loaf, Play-N-Skillz, Carter Cruise and Kelow Latesha. Tickets ($69-$199) are on sale now at sosmusicfest.com.

Austin Instrumental Fest may be a little out of left-field, but it's worth checking out if your ears are open to new sounds. Started in 2015 by Dakota Applebaum of SA psych, prog, art-rock outfit Verisimilitude, the event continues to offer a place for edgy, vocal-free music to thrive. What's more, it's landed some impressive acts of late, including Los Angeles-based post-rock giants El Ten Eleven. Though the current lineup has yet to be released, Verisimilitude themselves usually play, and if you've haven't seen the trio live, that alone may warrant the drive. Tickets are on sale now at aimfest.com.

Arguably one of the world's premiere music festivals, ACL continues to assemble impressive lineups year after year. This summer is no exception. Guns N’ Roses will close out both weekends with rising pop sensation Billie Eilish, Grammy-winning R&B sensation Childish Gambino and mopey '80s stalwarts the Cure rounding out the bill. Not too shabby. Visit the festival's website to view the full lineup. Wristbands ($105-$3600) are on sale at aclfest.com.