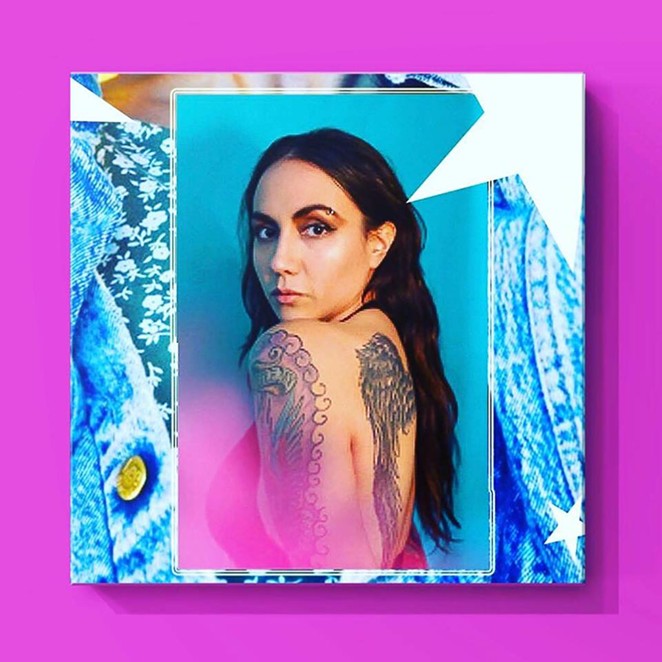 In 2016, Nina Diaz — frontwoman of San Antonio alt-rock act Girl in a Coma — took a hiatus from the band to focus on a solo project. The resulting album, The Beat Is Dead, showcased a new pop-edged sound.

Then, after 12 years with Girl in a Coma, she officially called it quits last September, packed her bags and headed to LA.

Many were surprised by Diaz' new sound and her move out West. However, she explained in a phone interview with the Current that while her publishing company and label are based in LA, the retreat was more for her mental and spiritual health.

“I needed to detox from this codependent nature that I’ve had with [living in San Antonio],” said Diaz, who returns to her hometown on Thursday, June 27, for a show at Limelight with neo-soul crooner Alyson Alonzo.

Girl in a Coma raised a high bar for Alamo City rock bands, touring with the likes of Morrissey and Tegan and Sara, not to mention releasing four albums through Joan Jett's Blackheart records.

While Diaz said she misses her friends and home, she sees her recent move as way to figure out who she is beyond the identities other people have placed on her.

“What is my version of me?” Diaz asked rhetorically. “I needed to figure all this stuff out, so I came out here.”

During the phone conversation, it was easy to sense something different in Diaz's voice. It seemed to betray an excitement, a freedom and almost child-like giddiness to be in this new season of self-discovery.

The singer is still playing one-off shows and writing music with plans to release two new songs by the end of July. She also continues to post details about her music career online.

“The [new] music is still guitar driven and has distortion, but there’s actually not a lot of electronic sounds,” Diaz said. “I’m kind of going back to my rock and punk rock roots, but writing more positive lyrics.”