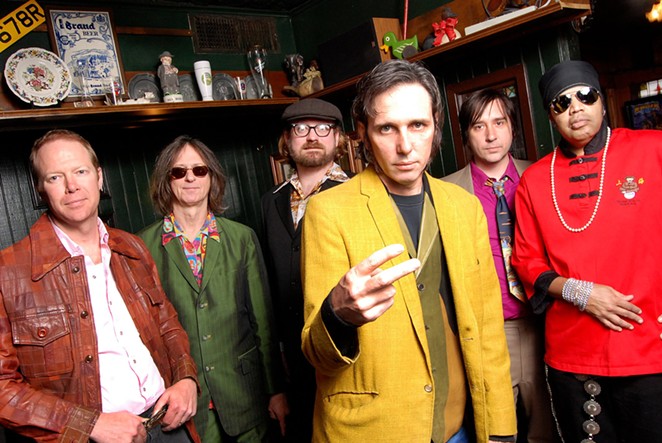 During the early ’80s, Texas was a hotbed of pissed-off and creative punk acts, ranging from the Austin’s Big Boys and Dicks to Houston’s Really Red and the Mydolls. San Antonio participated in that uprising too, but with fewer commercially released recordings to show for its efforts. Fifteen years ago, a homespun compilation album called Taco City Rockers set out to right that wrong, serving up a sampling of the city’s punk underground going back to the early ’80s.

Now, Kaniption Records, the label behind the release, has dropped a second installment — this one tackling the tall order of documenting 40 years of SA punk. The new LP does an admirable job of hitting the high points, from the New York Dolls-influenced Vamps — arguably the city’s first punk outfit — to the recently launched Sissies, whose tsunami of sound does its forbears proud. The Hickoids, whose song “TJ” is featured on Taco City Rockers #2, will play the launch show, along with Texacala Jones Pony Island Express and the Genzales.