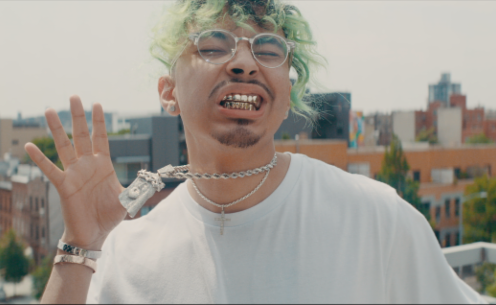 Fresh from gracing the cover of the San Antonio Current, Lil Booty Call has released a video for the track “Prescriptions” off his debut album Jesus Said Run It Back.

The vid starts out with Lil Booty Call in a therapist's office talking about girl problems. Typical for any young, straight dude in his early-’20s, right? Except in this case, the therapist hands the rapper a prescription pad and tells him to write down whatever he wants to make himself feel better.

As the story unfolds, Lil Booty Call’s wishes turn into reality. A Rolls Royce, a penthouse and new jewelry come into his life after he scribbles them down on the pad.

Supported by chill mid-tempo track, the video has a tongue-in-cheek feel that plays into the rapper’s carefree image. Check it out below.