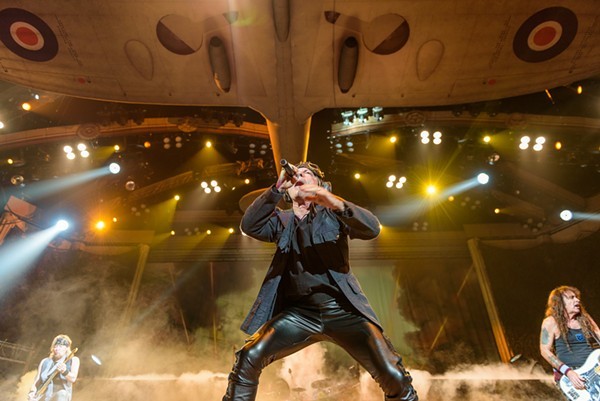 Early in heavy metal legends Iron Maiden’s set Wednesday night at the AT&T Center, vocalist Bruce Dickinson joked that he’d added up the band members’ collective ages and they “pre-date the American republic.” It was a funny moment, but also one to reflect on what this band of merry British gentlemen has accomplished.

And isn’t that kind of the point of a tour billed as The Legacy of The Beast?

When Dickinson rejoined the Iron Maiden 20 years ago(!), the band hatched a plan to alternate tours between offering retrospectives of distinct eras from the band’s highly visual history and focusing on new material. That course has served the band well, allowing them to remain creative while giving opportunity a legion of fans — many of whom have been with the band since its ’80s heyday — to experience the thrill of revisiting the band’s elaborate sets.

However, the Irons reached the end of this era with the Maiden England revisit two tours back. They followed up with the ambitious, new material-focused Book of Souls tour, which visited SA in 2017.

Maiden always has an answer, and this time it was, “Why not both?” And, thus, we have the Legacy tour, which mixes the band’s classic material with a handful of newer songs and a pair of tracks from the band’s largely forgotten late ’90s LPs, notable for being recorded during Dickinson’s leave.

After Wednesday’s by-the-numbers set from Raven Age — featuring Maiden bassist Steve Harris’s son, George Harris — it was time for the main event. And the test whether the Legacy tour’s approach would satisfy fans craving both old a new(-ish).

The lights went down and, as Winston Churchill’s voice boomed through the arena, everyone knew what was coming, the fast-paced WWII dogfight classic “Aces High.” The first prop of the show appeared as well: a massive Spitfire replica that hung above the stage.

The band burst onto the stage, showing no signs of wear and tour despite seeming to live on the road. They moved with a grace and energy that would be impressive for an outfit half their age. How these guys were once considered dangerous or satanic is baffling, as they rock with a theatrical flair that rivals Andrew Lloyd Weber.

The show, in a move that would make Plato proud, was divided into three acts. The first, focusing on war themes, included high energy, fan-pleasing run-throughs of “Where Eagles Dare,” “Two Minutes to Midnight” and “The Trooper,” which featured the band’s giant mascot Eddie clad in a British soldier uniform fencing with Dickinson.

The second act, which saw the set transform into a cathedral, was the most challenging for fans, but saw the band at their most creative. While it included the absolute classic “Revelations,” it also included a run of songs not as familiar. “The Wicker Man” and “For the Greater of Good God” both came from reunion-era Dickinson records, and the epic “Sign Of The Cross” was from the rarely mentioned era when Blaze Bayley took the reins from Dickinson.

While these songs didn’t produce the rapturous response of the ’80s classics, they showed that the band’s legacy is one of consistency. “Sign of The Cross,” in particular, is testament to the fact that this is really Harris’s band. Listeners who didn’t know that the song was recorded in the studio without Dickinson could be forgiven for assuming it was new material. Harris is the band’s creative heart and author of much of its most beloved material.

The third act brought the hits, as the band whipped the crowd’s energy to a peak with a trio of beloved tracks perfect for a sing-alongs: “Fear Of The Dark,” “The Number Of The Beast” and signature tune “Iron Maiden.” The latter of these featured a second appearance from the band’s mascot, Eddie, this time as a horned demon peering menacingly and massively from behind the band.

The encore opened with a somewhat surprising “The Evil That Men Do,” from Seventh Son of a Seventh Son, an album largely overlooked stateside. After that, the audience was sent on their way with a powerful run through of “Hallowed Be Thy Name” and “Run to The Hills.” Taken together, these songs showed the two sides of the band at their best: epic storytelling and powerful metal anthems.

Dickinson promised the band would be back. And hopefully, they will. But given their ages, Dickinson’s victory over cancer and their stated “hope” to do another album, there are no guarantees.

But Maiden wanted everyone “for dead.” And, for about two hours, the band got their wish. The threat that “Iron Maiden’s gonna get you” has rarely meant something so pleasurable. 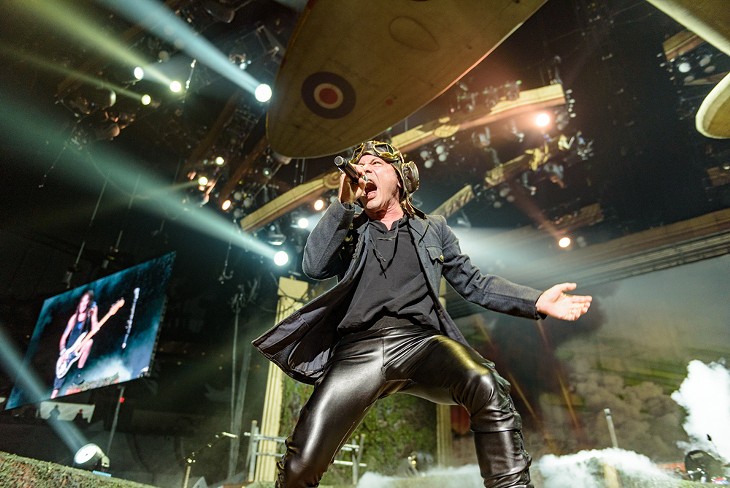 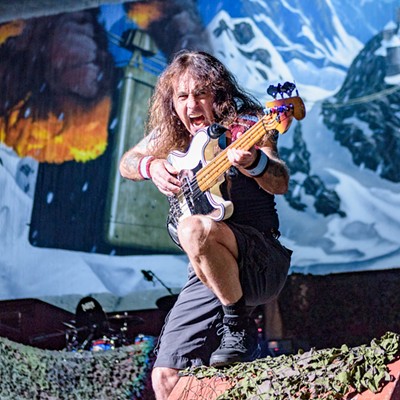 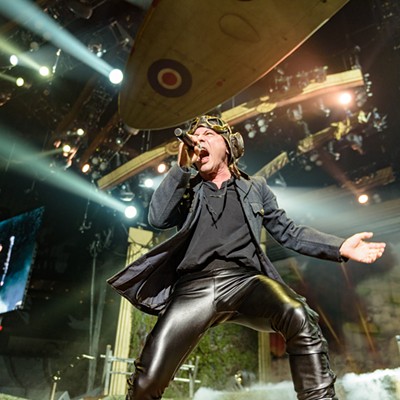 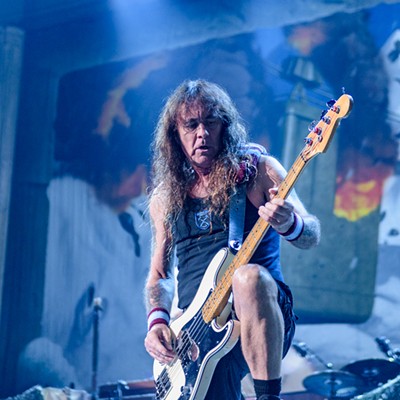 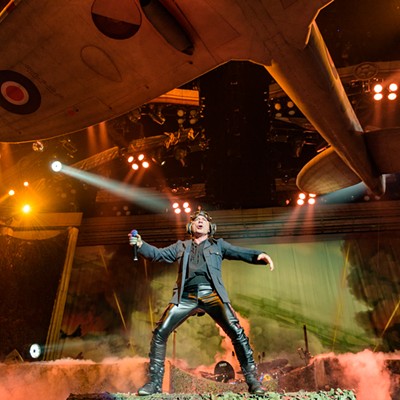 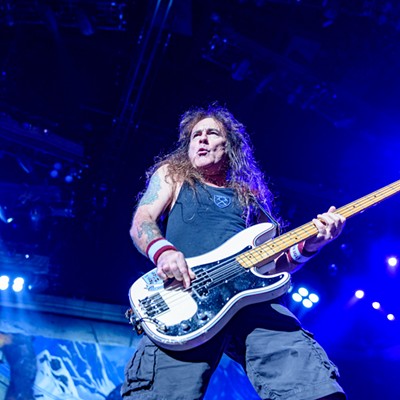 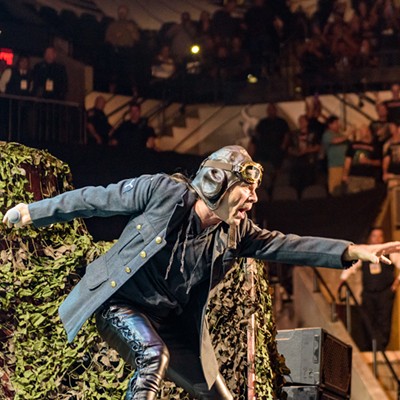 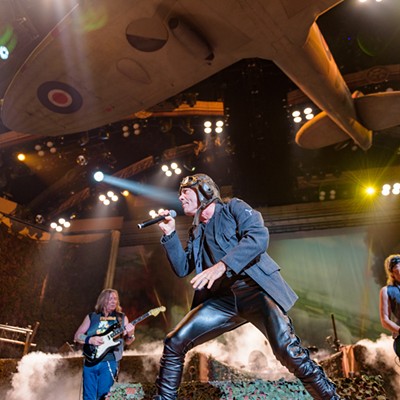 Iron Maiden Stopped By the AT&T Center and Blew All of San Antonio Away
By San Antonio Current Staff
Click to View 122 slides
Get our top picks for the best events in San Antonio every Thursday morning. Sign up for our Events Newsletter.