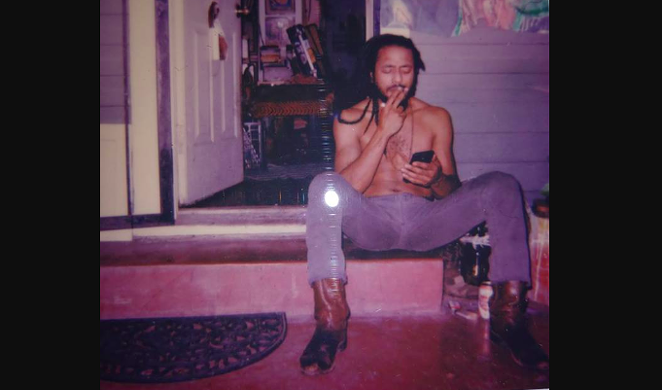 If you don't know guitarist and vocalist Marc Smith's music, you've likely seen him out and about. With his long dreadlocks, bellbottoms and stylish vintage shirts, the man cuts a cool figure.

After doing time in psychedelic outfits such as Creatura, The Blends and his current band Mockingbird Express and hosting open jams at his house, Smith has emerged as a revered local voice, not just a snappy dresser.

We hit him up recently to get his perspective on how the landscape of San Antonio's music scene has shifted since he first got involved and what kind of changes he'd like to see.

How long you been playing shows in San Antonio?

What’s the biggest difference you've seen in the music community from then until now?

I feel like the flavor and intensity has changed. If you weren’t playing metal, punk or indie back then, it didn’t seem like many people were really interested, and now there’s a lot wider taste now especially for a lot of older sounding rock ’n’ roll.

What kind of changes would you like to see in the music scene here?

I feel we’re really lacking is cohesion and professionalism. And that’s from the artist all the way up to the venue owners. It seems really hard to get everyone pulling in the same direction, which is why no particular scene has risen up or taken off here.

On the musician level, there’s a lack of seriousness about how bands go about doing things. Rock ’n’ roll has a look. Punk rock has a look. Every sound has an associated look with it, and I feel like a lot of people in this town are lazy with their get-up, and that’s really disappointing and boring.