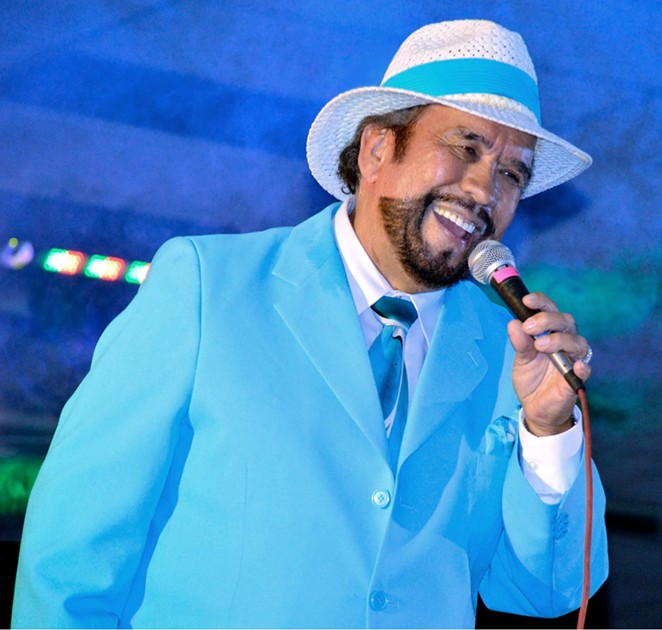 Released earlier this month, the single — currently available online — features the bluesy rocker “Giving It Up for Your Love” backed with “I’m So Glad.” The A side, written by Dallas-born Jerry Lynn Williams, was made famous in 1980 by Fort Worth bluesman Delbert McClinton.

"'Giving It Up for Your Love' is uptempo, and I use it to come onstage every time I perform now,” Ozuna said. “I got such a good reaction for the song, we decided to put it out as a single and have an uptempo [backed by] an oldie.”

The oldie in question, “I’m So Glad,” is a relaxed, down-tempo track that leans a little more toward soft rock than the Chicano soul sound Ozuna helped pioneer.

If you’re unfamiliar with Ozuna or his band Sunny and the Sunliners, that's a bit of San Antonio musical history well worth exploring. Mr. Brown-Eyed Soul, a collection released in 2017, provides a great starting place.

Alongside acts like the Royal Jesters and the Westside Horns, Sunny and the Sunliners were part of a San Antonio-bred movement that amalgamated soul, R&B, rock and conjunto.

Ozuna was the first Mexican-American to land a slot on American Bandstand back in 1963. He continues to perform and release music, charming new generations with his soulful crooning.

Get our top picks for the best events in San Antonio every Thursday morning. Sign up for our Events Newsletter