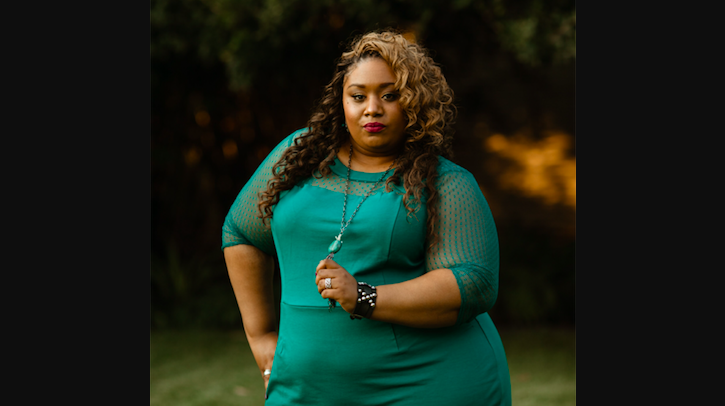 Andrea "Vocab" Sanderson’s voice resonates with a kind of maturity and depth many performers work an entire career to achieve. During the course of a single song, she can move from an emotive whisper into an operatic crescendo.

The San Antonio rapper, poet and singer this year won both the Artist Foundation of San Antonio’s People’s Choice Award and the Tobin Center’s Award of Excellence. The former came with a $15,000 prize which she put toward a new album, She Tastes Like Music.

Both the LP and a new book of poetry, She Lives in Music, are being released this month.

“Whenever we listen to music that resonates with us, it is an experience that we feel sometimes in other parts of our body,” said Sanderson, who also sings and raps in indie rock and soul outfit The Foreign Arm. “Whether it be in our taste buds, in our sense of touch, in our memories — I wanted to play with the idea that music is a soundtrack to life.”

Sanderson has been performing as a solo artist and in various bands over the course of two decades. The new album is the fourth under her own name.

Combining elements of spoken word poetry, hip-hop, R&B, soul and jazz, She Tastes Like Music captures Sanderson performing at her highest level. Every lyric — whether spoken crooned or rapped — is crisp, evocative and delivered with intention.

Sanderson’s focus is especially evident on the three-minute “Ask the River,” in which she turns flowing water into a metaphor for life and art. The soulful singing and spoken words deliver a perfect dynamic to enrich the soul-inspired jazz track.

Both She Tastes Like Music and She Lives in Music have a digital release of November 8, but Sanderson will have copies of both for sale at her December 1 release show at Carmen’s De La Calle Café.

320 N. Flores St.
Central
San Antonio, TX
(210) 737-8272
Tapas and Music Venue
Map
Get our top picks for the best events in San Antonio every Thursday morning. Sign up for our Events Newsletter.