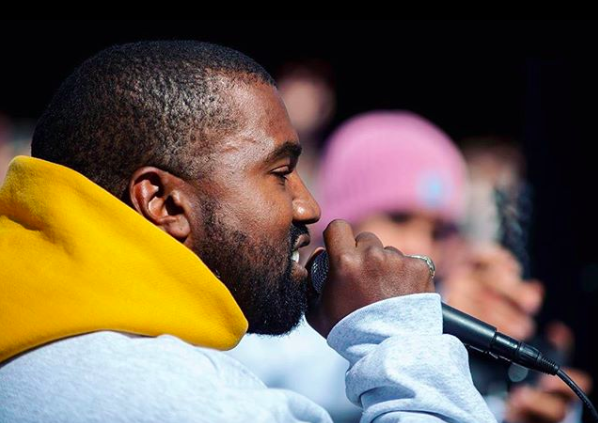 The appearance comes shortly after the release of his new record Jesus is King, which basically sounds like Kanye listened to a gospel rap record once and was like, "I can do this." Because, apparently, that's exactly what he thinks his fans need: a good dose of Jesus.

It does seem weird that someone who pals around with Donald Trump would put out a record about Jesus, especially since Jesus probably couldn't even get into America these days, seeing that he's from the Middle East. Probably safe to assume ol' J.C. would be on the no-fly list.

For what it's worth, during another service earlier that day, Kanye will also chat with Osteen for 15-20 minutes about overcoming adversity — like how tough it is to spend millions of dollars and be married to the most famous Instagram model in the world.

Both services will be broadcast live on SiriusXM channel 128.
More than 50,000 people attend Lakewood Church weekly, and millions more watch Osteen on T.V.