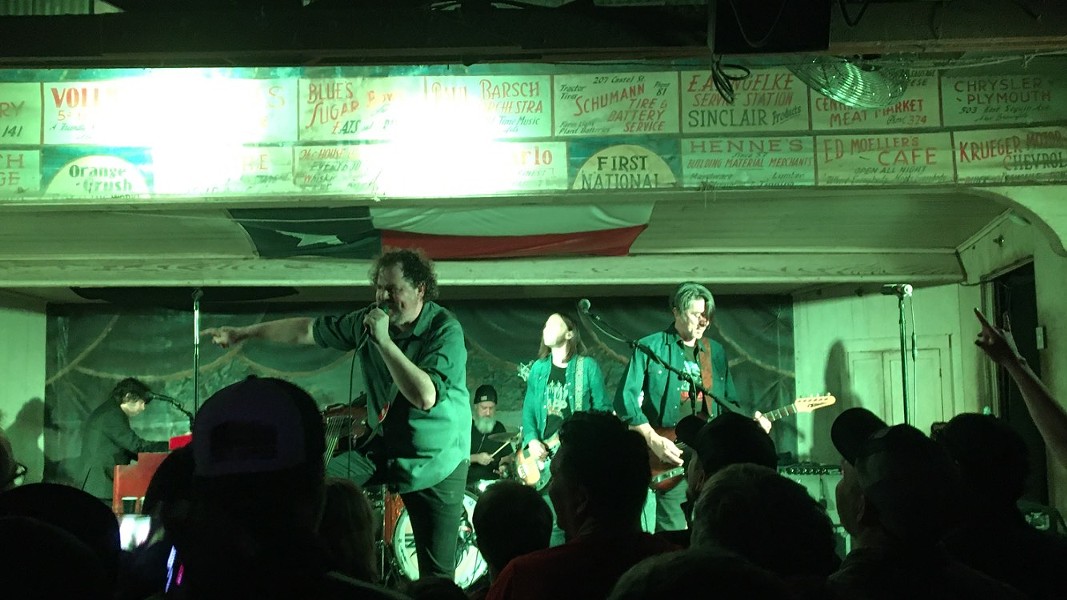 Part of the magic of Athens, Georgia’s DBT is the way the band deftly juxtaposes the mythology of rock music with more, shall we say, real-world circumstances. When the band tore into “Marry Me” late in its set, frontman Mike Cooley summed it up with lines that could be DBT’s mantra: “Well, my daddy never pulled out / But he never apologized / Rock ‘n’ roll means well / But it can’t help tellin’ young boys lies.” It’s sort of like a photo negative of Springsteen’s “The River” that deemphasizes the uplifting bits. And “The River” ain’t exactly sunshine and light.

Cooley and Patterson Hood, the singer-songwriters who front Drive-By Truckers, alternate songs to create a powerful storytelling vibe. For much of the band’s career, Hood was the most prolific, leading Cooley to adopt more of a Keith Richards role — not as many songs but with a directness and earnestness that contrasted well with the band’s top-billed star. Cooley’s role may have increased, watering down the effect, but hearing more songs from him is worth it.

DBT took the stage just around 10:30 p.m., following an opening set by its multi-instrumentalist, Jay Gonzalez. The band got right down to business after a few polite waves with Cooley’s “Birthday Boy” followed by Hood’s “The Righteous Path.” Mid-career chestnuts “A Ghost to Most” and “Goode’s Field Road” followed before Cooley called the first classic of the evening, “Women Without Whiskey” from Southern Rock Opera, the album that broke DBT into wider popularity. The crowd responded instantly, and Gruene’s floor was literally hopping with enthusiasm. Rounded out by longtime drummer Brad Morgan and perpetually grinning, sleepy-eyed bassist Matt Patton, this lineup of DBT is the longest running in the tumultuous group’s history. Whether that’s related to a slowdown in heavy drinking on stage is anyone’s guess.

The band plays different sets nightly and used the two nights at Gruene to highlight its ability to shake things up, repeating only a handful of the prior night’s songs during Saturday’s barnburner. Notably missing on Saturday were songs from The Deep South, which was represented by “Lookout Mountain,” a song from the band’s early years that didn’t get the studio treatment for some time. South accounted for three songs Friday night, but neither night included “Goddamn Lonely Love,” the band’s top track on Spotify, by millions of spins.

If that seems unusual, it shouldn’t. “Goddamn Lonely Love” is a Jason Isbell-penned song, and he’s since gone on to become a darling of alt-country. Discovering a giant like Isbell and watching him to go on to larger success after firing him fits perfectly into the DBT mythology. Even so, the band has never even toyed with playing his songs without him. From the stage, Hood noted that 2019 had been one of the DBT’s lightest touring years, but he added that the band has a new album coming next year and will tour heavily to promote it. The night featured several new tracks, including “Armageddon’s Back in Town,” “Rosemary with a Bible and a Gun” and “Thoughts and Prayers.” 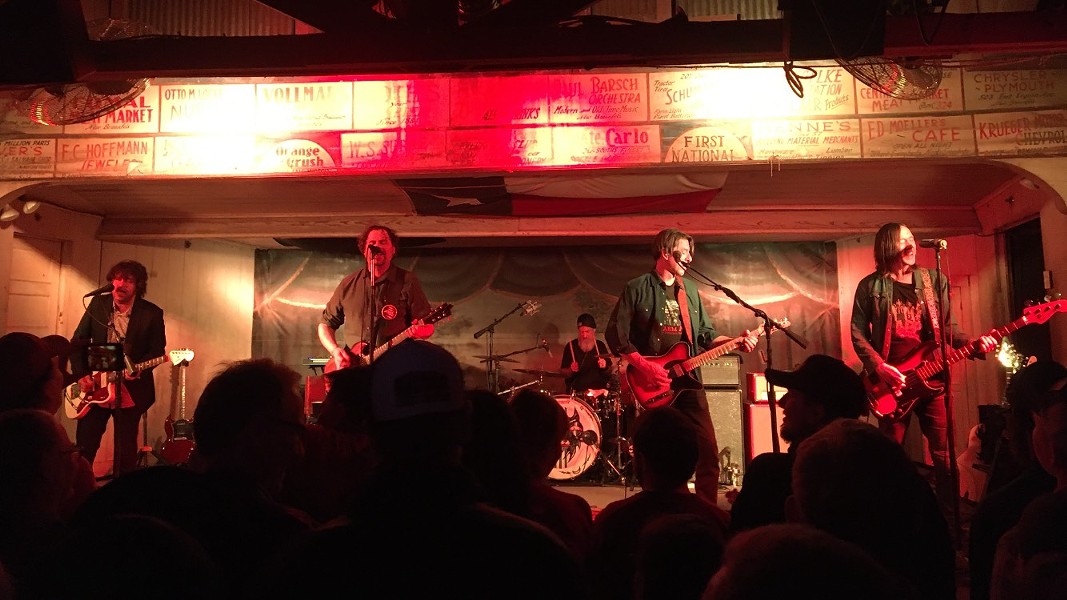 If you have the misfortune of living in America’s current dystopian hellscape, you can probably guess that Hood’s “Thoughts and Prayers” is about — the mass shooting epidemic and its lack of response. The lyric “Stick it up your ass with your useless thoughts and prayers” succinctly sums up the matter. The song so fired up the band that when Cooley followed with “Ramon Casiano,” he practically screamed the lyrics about violence on the border, in contrast to the song’s otherwise laidback style.

DBT is a political beast and always has been. Its most recent album, American Band, is the most politically charged yet, and material from Saturday’s set suggests the new one will continue that streak. It was empowering to see the band in a small Texas town, in front of a Texas flag, openly denouncing Trump. We’ve all seen enough white-people-in-small-town-diner takes on why Trump won, and concertgoers could be forgiven for wishing Saturday’s performance could represent small Texas towns like New Braunfels in the current media landscape.

At its core, DBT is a country band. The songs strum and the melodies carry a familiarity. The middle of the set highlighted this aspect, particularly Cooley’s “Made-Up English Oceans.” But while the ensemble can kill it on the C&W, it often chooses not to. That Black Sabbath pin on Hood’s guitar strap ain’t for nothing, kids.

As the concert entered the third act, the band brought out the big hitters. Opera standouts such as “Ronnie And Neil,” “72 (This Highway’s Mean)” and “Let There Be Rock” worked the crowd into a frenzy, as the musicians explored the previously inadequately documented relationship between power chords and country rock. Though DBT eschews encores these days, the band followed “Rock” with four more songs paced like an eclectic return call to the stage. Cooley included “Gravity’s Gone,” another of his signature tunes, while Hood brought the whole mess to a close with “Hell No, I Ain’t Happy.” No one needed to be told, but when Hood ended the show shouting, “We are Drive-By Motherfucking Truckers,” no one argued.

If the audience needed a note to leave on, “Hell No” provided it. For two hours, everyone was happy. And if that spell ended in the cold night outside Gruene Hall, well, that just means we’ll all be back for more.