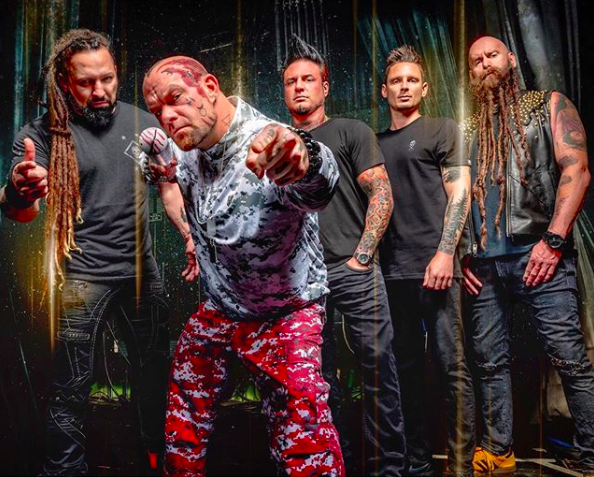 Fans of rock powerhouse Five Finger Death Punch now have something to add to their Christmas lists.

The band announced Monday that its spring U.S. tour will include a stop at San Antonio's AT&T Center on Monday, April 13. The four-time platinum group will be joined by Papa Roach, I Prevail and Ice Nine Kills.

The tour announcement also coincides with the unveiling of the band's long-awaited eighth studio album F8, which will be released February 28. The album's debut single, "Inside Out," is available now.

"This album represents rebirth, progression, transcendence both personally and musically," vocalist Ivan Moody said in a press release. "This record to me is absolution — everything I've done in my life has led up to this moment."

Fans who want to make sure they don't miss the show can take advantage of a Cyber Monday pre-sale. Tickets for the general public go on sale Friday, December 6 at 10 a.m. and can be found here.