Jack Orbin, the Dean of San Antonio Rock Promoters, Will Be Inducted Into the Heavy Metal Hall of Fame 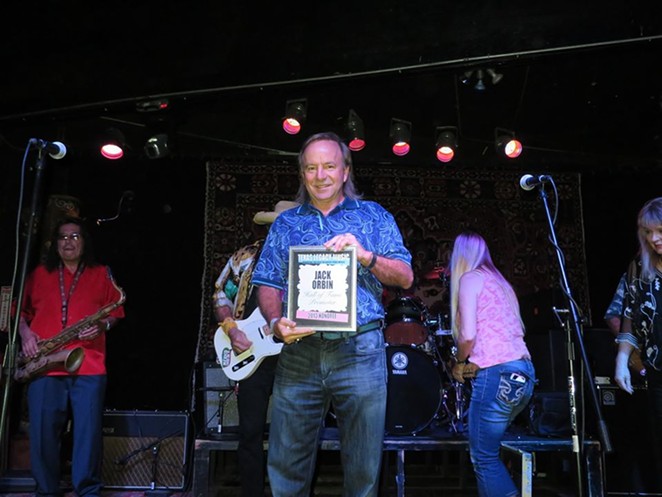 Longtime San Antonio concert promoter Jack Orbin and his Stone City Attractions will be inducted into the Metal Hall of Fame Wednesday night in California.

During the '70s and '80s, Orbin helped mold San Antonio into the "Heavy Metal Capital of the World" by breaking then-obscure bands such as Rush, Iron Maiden and Judas Priest to a wider audience through affordably priced shows at Convention Center Arena and Sunken Garden Theater.

Among his claims to fame, Orbin bailed Ozzy Osbourne out of jail after he was busted urinating on the Alamo Cenotaph, and he brought the Sex Pistols to town for the band's infamous show at Randy's Rodeo.

“I am so honored to be inducted into the Metal Hall of Fame,” Orbin told trade industry mag Pollstar. “After 48 years of promoting some of the finest artists and concerts, fighting rock censorship and being able to donate a substantial amount to worthy non-profits, I am humbled by this honor.”

Orbin stepped back from the concert promotion business in 2015. However, he still maintains an extensive web archive of Stone City's history.