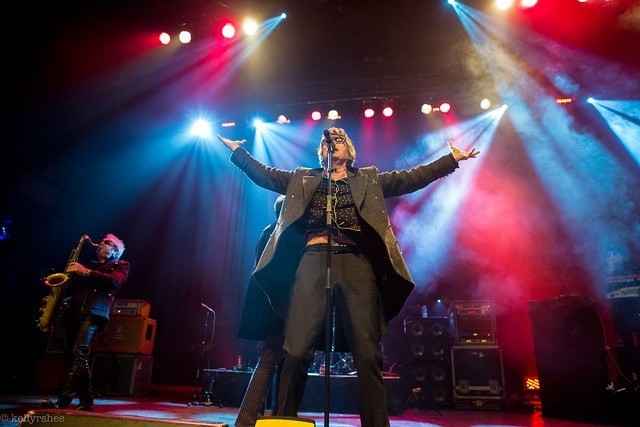 When a band trades sharper edges for poppier textures, it’s not always a bad thing.

Especially when we’re talking about the British post-punk-turned-pop group Psychedelic Furs, which is returning to San Antonio for a show at Paper Tiger on Friday, April 24.

Conceived in London during the late-’70s, the Furs went from writing dark and edgy material to composing poppier tracks, including its mega-hit featured in the soundtrack to the John Hughes film Pretty in Pink.

But this isn’t another one of those 20th-anniversary-of-whatever-album-tours. The band just released a new single, “Don’t Believe,” in advance of the album Made of Rain, its first full-length release since 1991.

Made of Rain drops Friday, May 1, and there's a good chance the Furs will be drawing from it when they play San Antonio.