Against Me! and Baroness Bring Co-Headlining Tour to Aztec Theatre 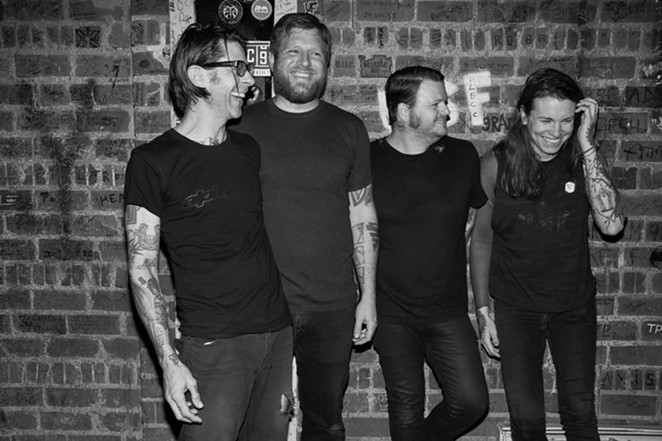 Against Me!, the punk band fronted by openly trans female Laura Jane Grace, is returning to San Antonio for a Sunday, May 24 show at the Aztec Theatre. Co-headlining the tour is ever-evolving metal act Baroness.

According to Rolling Stone, Against Me! is working on the follow up to 2016’s Shape Shift With Me. In 2012, the band released Transgender Dysphoria Blues, an album documenting Grace's struggle with gender dysphoria and providing an account of her experience as a trans woman.

Baroness, meanwhile, is touring in support of last year’s Gold & Grey, its most accessible release to date. Over the years, the band's sound has evolved from sludgy to proggy, with surprisingly catchy hooks sometimes rising from the maelstrom.

Hardcore punk outfit Drug Church will round out the bill.