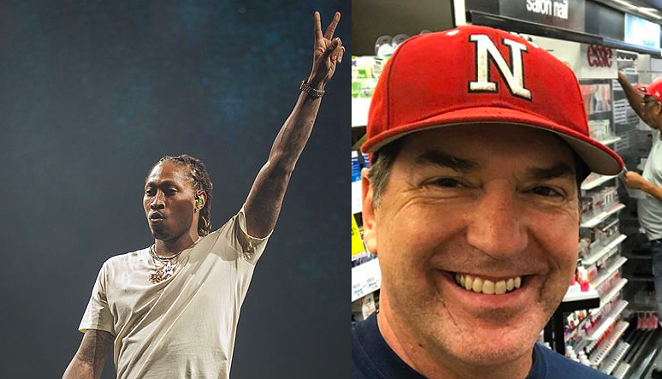 A clip of Spriester's voice appears during an interlude roughly midway through the song “Ridin Strikers." The audio is taken from a 2014 report on a local bank robbery, according to KSAT's website.

"The police need your help in tracking down a suspect in a bank robbery this morning on the city’s north side," Spriester says during the track. "According to police, the suspect walked into the bank about nine this morning, went straight to one of the tellers, handed over a note that said ‘put money in bag.’”


Spriester told KSAT he learned about his unexpected guest appearance via Twitter.