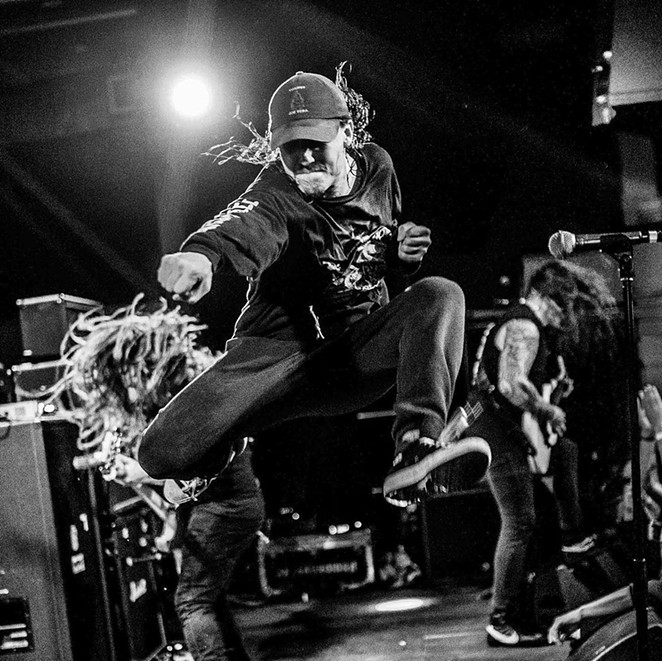 According to a statement released by the band, Gale died Monday evening at the age of 34. A cause of death hasn't been released.

The band asked for privacy and added that "funeral and visitation arrangements are pending." Instead of sending flowers, they urge fans to make donations to the Dallas Hope Charities in Gale's honor.

"He treated everyone he met as a friend and he always took care of his friends," the band's statement said. "We will celebrate Riley’s life and never forget the great works of music, charity and love that he left behind."

Gale was known for energetic stage performances and rough-hewn, hardcore-infused thrash vocals. Earlier this year, he made an appearance on "Point the Finger," a song by Ice-T's metal band Body Count.

Formed in 2008 and on the rise internationally, Power Trip was slated to enter the studio this summer to record its third album. The band had booked the recording time after being forced by the pandemic to cancel tour plans.