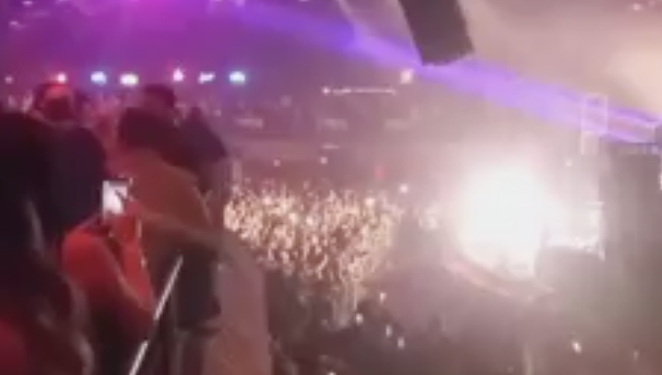 Texas bars may be under capacity regulations due to COVID-19, but you wouldn’t know it by looking at video purportedly shot at a recent Cowboys Dancehall performance.

Cowboys officials were unavailable for immediate comment on the footage.

City officials are aware of the video and are investigating whether the venue violated COVID-19 protocols, city spokeswoman Ximena Copa-Wiggins said. Cowboys was cited five times last year for failing to meet pandemic safety rules, according to city records.

"Here we are following the rules and so many businesses have been suffering because of this pandemic," Martinez wrote. "While places like Cowboys Dance Hall [sic] are allowing these concerts to take place! Wow this is pathetic! This is the problem!"

Martinez tagged local news stations KENS5 and KSAT, urging them to investigate. She added that such a gathering should never have been allowed to happen.

Martinez has since changed the privacy setting of the clip so it's only available to her Facebook friends. However, others have posted online videos that appear to show portions of January 9 show where audience members aren't observing social distancing rules.


At press time, at least two other live music shows on the dance hall’s website were listed as being postponed.