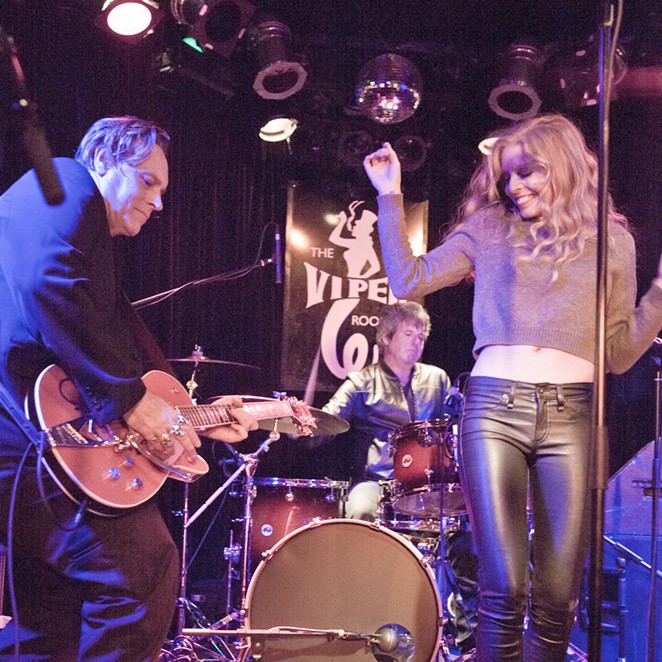 In addition to a pair of album-debut shows this weekend from San Antonio stalwarts — doom metal outfit Thunder Horse and experimental composer and percussionist claire rousay — local music fans have a chance to catch a couple of notable out-of-towners.

Whether you prefer a present-day take on rockabilly or down-home country-rock, let's just say you've got some sweet-sounding options.

Danny B. Harvey and Annie Marie Lewis
The husband-and-wife duo Danny B. Harvey and Annie Marie Lewis has been called the “rock ’n’ roll version of Johnny Cash and June Carter.” And like that legendary country couple, they each come with impressive pedigrees. Harvey is perhaps best known as the guitarist for HeadCat, the rockabilly supergroup formed by Motörhead frontman Lemmy Kilmister. Lewis, meanwhile, is the niece of Jerry Lee Lewis and has been opening shows for her famous uncle since she was a teen. Harvey, Lewis and their band are whooping it up as part of a free, outdoor concert series in the St. Paul Square Courtyard. Free, 8 p.m. Friday, April 9, St. Paul Square Courtyard, 1160 E. Commerce St., stpaulsq.com. — Sanford Nowlin

Micky and The Motorcars
These Austin-based road hogs feature brothers and mainstays Micky and Gary Braun along with recently recruited all-new players. But call it a tune-up instead of a new engine, as the band remains focused on heartfelt storytelling and a Nashville-fueled country-rock vibe. $12-$70, 8 p.m. Saturday, April 10, Sam’s Burger Joint, 330 E. Grayson St., (210) 223-2830, samsburgerjoint.com. — Mike McMahan