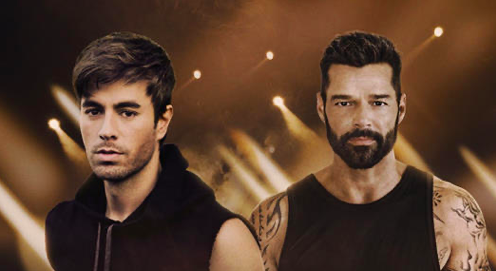 Ricky Martin and Enrique Iglesias are shifting their San Antonio performance to Saturday, November 6 as they reboot a North American tour that was delayed by the pandemic.

The Latin music giants first announced plans for a co-headlined tour last March, shortly before COVID-related shutdowns. A stop at San Antonio's AT&T Center was one of the 10 dates lined up before they had to cancel.

The rescheduled 26-date jaunt will start September 25 in Las Vegas and wind up in Anaheim, California on November 20. South Texas fans also catch the duo at Edinburg's Bert Ogden Arena on Sunday, November 7.

Tickets for the San Antonio show are on sale now.