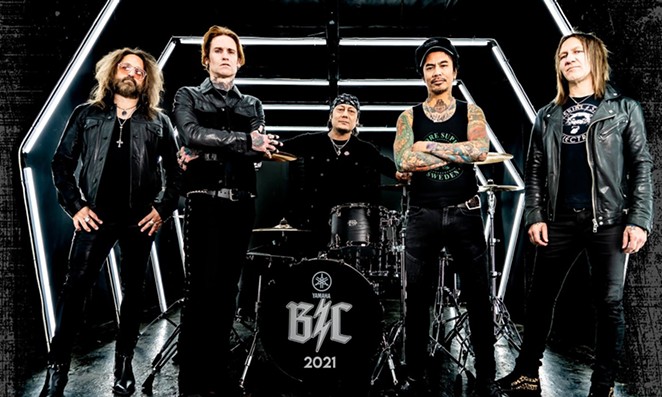 San Antonio music fans have lots of opportunities to jump into the wayback machine this week.

That holds true whether you're more prone to taking in '90s party rock, classic vocal jazz from the middle of last century or real-deal country that draws on influences from a more eclectic era. Check out your wealth of options:

Wednesday, June 16
Buckcherry
Are you ready to get “Lit Up?” Because you’re guaranteed to hear that “I love the cocaine” song when ’90s rockers Buckcherry blow into Countdown City. And didn’t they have at least one other tune that was in near-constant rotation on KISS-FM back in the day? Bet you’ll hear that too. $26, 7 p.m., Rock Box, 1223 E. Houston St., (210) 677-9453, therockboxsa.com. — Brianna Espinoza

Saturday, June 19
Pat Green
Ever heard that catchy song that goes, "You came upon me, wave on wave"? That classic 2003 country tune was the creation of San Antonio native Pat Green. And Green is still riding that wave, this time into Gruene Hall with a show that will showcase both acoustic and electric numbers. $37.50 (Sold Out), 10 p.m., Gruene Hall, 1281 Gruene Road, (830) 606-1281, gruenehall.com. — BE

Jarrod Sterrett & the Hired Guns
The Huntsville-based singer-songwriter is bringing his mix of classic and Texas country, rockabilly and Americana to town. Sterrett and his compatriots, who assembled in 2009, released their most recent single “Pasadena” in 2019. $10-15, 8:30 p.m., River Road Ice House, 1791 Hueco Springs Loop Road, New Braunfels, (830) 626-1335, riverroadicehouse.com. — Mike McMahan

Charley Crockett
Having released 10 For Slim: Charley Crockett Sings James Hand earlier this year, Crockett will hit New Braunfels for a reduced-capacity show. Crockett has faced down difficult situations, having recorded 2020’s Welcome to Hard Times after going through lifesaving open-heart surgery. His past also includes two felony convictions. In spite of the challenges, Crockett remains committed to music and performing, as well as his goal of increasing the eclecticism of country music, which he feels was largely lost after the 1960s. $23-45, 8 p.m., Whitewater Amphitheater, 11860 FM 306, New Braunfels, 830-964-3800, whitewaterrocks.com. — MM