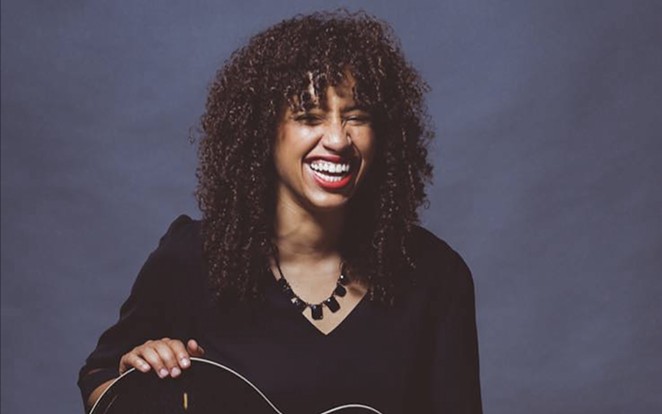 There's plenty for country and Americana fans to enjoy in San Antonio this weekend, but the Alamo City's live music offerings are rounded out with some standouts in other genres.

Looking to catch a show? Read on to find out what SA has to offer:

Emily Wolfe
Austin resident Wolfe is bringing her eclectic Americana sound to the Alamo City. As a testament to her range, the singer-guitarist has played gigs with Heart, The Pretenders and Gary Clark Jr. and aspires to mix Demi Lovato with Queens of The Stone Age. She released her debut EP Roulette in 2014. It was years in the making, however, as she began playing guitar at age 5. $12-15, 7 p.m., Paper Tiger, 2410 N. St. Mary’s St., papertigersatx.com. — Mike McMahan

Ryan Bingham
Bingham is hosting a three-night, limited capacity run at New Braunfels’ Whitewater. The roots rocker has a colorful background, having grown up in a variety of Southwestern locales before getting his start on the rodeo circuit. He came into public consciousness in 2009, working with legendary producer T Bone Burnett on the soundtrack to Crazy Heart, which starred Jeff Bridges and Maggie Gyllenhaal. That collaboration earned Bingham an Academy Award. He also has a history with Whitewater Amphitheater, having recorded a live album there in 2016. $48-178, 8 p.m., Whitewater Amphitheater, 11860 FM 306, New Braunfels, (830) 964-3800, whitewaterrocks.com. — MM

Jackie Venson
On the heels of her new concert movie, Joy Alive, Austin-based R&B and soul singer Venson is bringing her positive vibes to SA. Venson doesn’t limit herself by genre, however, also having released music via her DJ alter ego jackie the robot (she dropped the capital letters there, not us). The singer spent her formative years invested in the piano but switched to guitar when she realized she wasn’t having fun playing music. During her touring career she’s opened for Jason Aldean, James Taylor and Tim McGraw and cites influences ranging from Buddy Guy to Alicia Keys. $15-17, 8 p.m., Paper Tiger, 2410 N. St. Mary’s St., papertigersatx.com. — MM