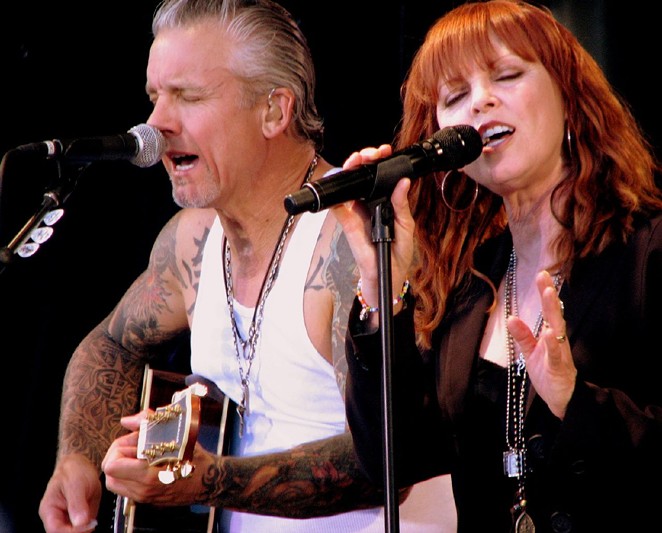 San Antonio will get a nostalgic fix of '80s radio rock this fall with the return of singer Pat Benatar and husband-slash-longtime guitarist Neil Giraldo, who have spent recent years touring as a duo.

The couple will perform at the Tobin Center's H-E-B Auditorium on Tuesday, October 26. Their last San Antonio performance took place at the same venue in fall of 2019.

During the big-hair decade, Benatar and her band racked up massive FM radio hits with "Heartbreaker," "Promises in the Dark" and "Love Is a Battlefield," setting the stage for female rockers that followed. Along the way, the singer won four Grammy awards and sold 30 million albums.