San Antonio native “Blue” Gene Tyranny, a 20th century musical genius, died in December 2020, leaving behind a legacy of work alongside artists including the Stooges, Carla Bley and, most significantly, Robert Ashley, with whom he created the monumental TV opera Perfect Lives.

For many, though, his finest solo work was his 1977 album Out of the Blue, which assimilated pop, prog, jazz, spoken word, gospel and electronica into a delicious post-modern masterpiece.

Tyranny’s music spanned decades, though, and it’s finally been properly collected in the recently released Degrees of Freedom Found, a six-disc box set available from Unseen Worlds Records. The collection covers material from 1963 through 2019 and gives equal emphasis to the musician’s virtuosic live performances as to his imaginative and brilliant recordings.

It’s clear from Degrees’ first few seconds — and all the way through its diverse and profoundly accomplished 46 tracks — that Tyranny has absolute faith in the music and a willingness to let silence hang, to not noisily clutter up spaces. “Music is the space between the notes,” composer Claude Debussy once said — a sentiment later echoed by Miles Davis. 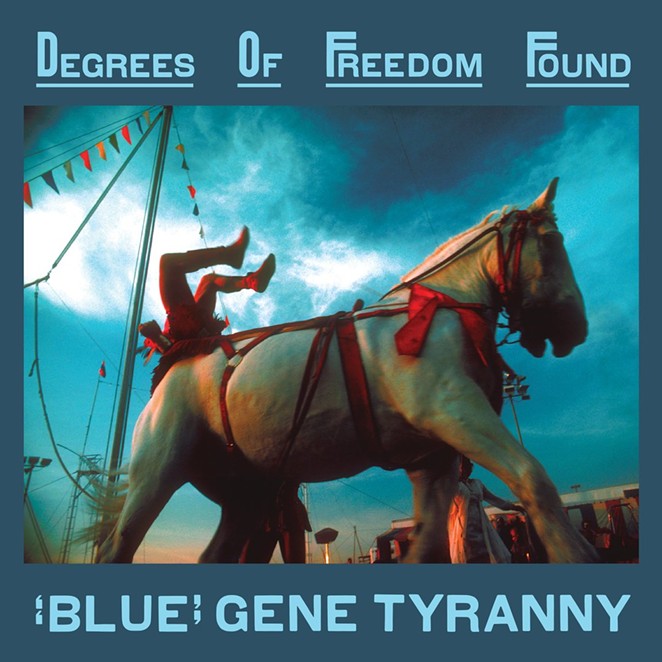 The collection makes it clear that Tyranny’s is a selfless music, overflowing with generosity, heart and an infectious joy. He found the titular “freedom” in its creation and trusts the listener to do the same, and with an absolute faith in the compositions themselves.

Fortunately, as these compositions reveal, it’s a joyous surrender — an embrace of life.

Degrees’ tracks spread over Tyranny’s entire career, from an early concert at the McNay Art Museum to recent live performances at New York City art space Roulette. Each composition is a dot in a pointillistic self-portrait. His compositional and keyboard technique exude sublimated knowledge — a lifetime of experience and training, effortlessly distilled into moments of musical freedom.

Certain pieces in the collection first appear in a stripped-down form, only to reappear later in more fully fleshed-out versions. This approach gives the release a feeling of closure and familiarity after just one listen.

Of particular note is “The Driver’s Son,” an ambitious song cycle and one of Tyranny’s great works. It first appears as a live, stripped-down piano improvisation, only to later emerge as a full band performance. Both are impressive in their unforced harmonic ambition.

Elsewhere, the piece “Spirit” floats dissonances in and out of chords, a masterful blend of natural and artificial harmonics. The “Dreamtime” trilogy, meanwhile, delves into synthesizers and drone. “Driving Music” is an electronic masterpiece. “Daylight Savings” is American music at its best. Think Randy Newman reimagined as a new-age guru.

Taken together, the experience is beyond moving. It’s a full encapsulation of an extraordinary life.

There may be other piano virtuosos, other spiritually minded composers, other students of the avant garde, but there will never be another “Blue” Gene Tyranny.