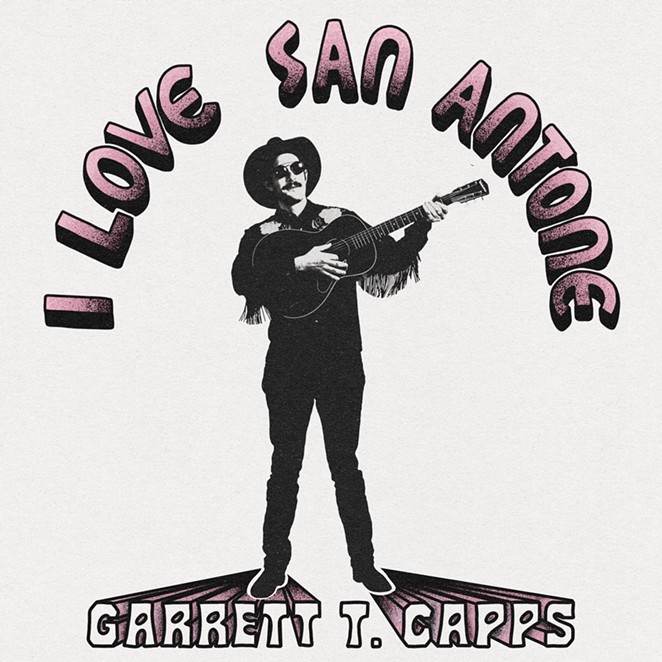 If you had any doubts about homegrown alt-country musician Garrett T. Capps' love for the Alamo City, his latest release may well put them to rest.

"It's all VERY FUN, San Antone style," the cosmic cowboy wrote on Instagram. "Lotta homies on these trax. There's a Jethro Tull cover on it too. I wrote and recorded it all last year dreaming of a severe fiesta @thelonesomerose."

The LP is available for preorder via Vinyl Ranch and will be released digitally on August 20.

For those who can't wait that long, Capps tweeted that a single will come out next week.

Hey foos. My suprise album “I Love San Antone” comes out online 8/20 but you can preorder the LP at the link in my bio. The single is out next week let’s rock pic.twitter.com/VxrlonrHrV