Live Music in San Antonio This Week: Warren G, Between the Buried and Me and more 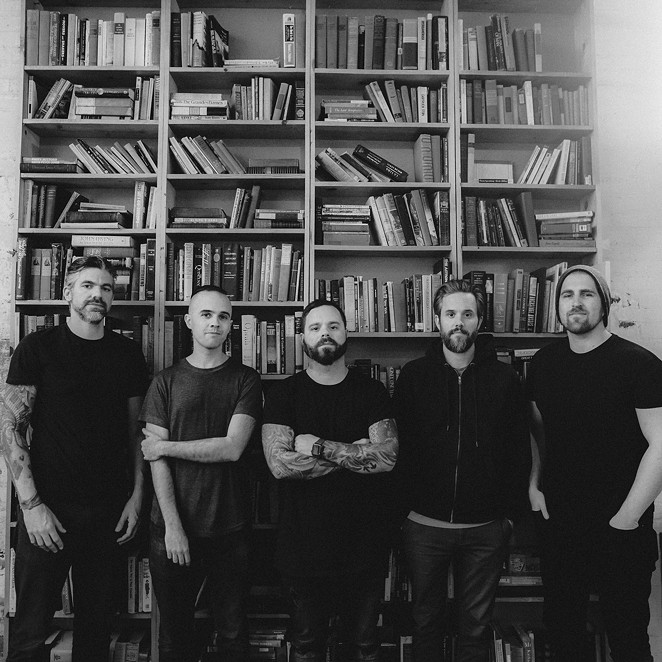 San Antonio's live music offerings are plenty this week, and diversity is the name of the game.

Whether you're more apt to seek out West Coast hip-hop, synth-driven post punk or powerhouse prog-metal, local venues have got a packed lineup. Hell, there's even a creative streaming option for those leery of in-person gatherings amid the current spike in COVID cases.

Giovannie and the Hired Guns
Straight out of Stephenville, this rock-inspired country quartet is returning to San Antonio on a Labor Day weekend run of Texas shows. The group plays homage to one of the greats of Mexican music in its latest single “Ramon Ayala.” San Antonio’s own Ty Dillon opens up the evening. $10, 10 p.m. Thirsty Horse Saloon, 2335 NW Military Highway, thirstyhorse.net. — Brianna Espinoza

Graham Wilkinson
A preacher’s son and Texas native, Wilkinson strived to make a name for himself as an independent musician for the past 12 years, all while holding down the fort as a family man. He creates soft, country-inspired tunes that speak to the soul similarly to those of Jason Mraz. Free, 8:30 p.m., The Rustic, 17619 La Cantera Parkway, Unit 204, (210) 245-7500, therustic.com/san-antonio. — BE

Nathan Felix
Originally set as an in-person gig that’s since been moved to November 12th, this virtual presentation of “The Four Harpsichord Concert” by composer Nathan Felix will include feature the quartet of advertised instruments set in a circle within the Great Hall to create an ethereal sound. Inspired by SAMA’s exhibit “America’s Impressionism: Echoes of a Revolution,” expect this one to pull on your heart “strings.” Pay what you wish, 6:30 p.m., San Antonio Museum of Art, Virtual, (210) 978-8100, samuseum.org. — BE

One Horse Town
Formed in 2008, the running joke with these rootsy rockers is that they “have over 110 years of collective experience” via years of opening performances for prominent country acts since the ’70s. English singer and acoustic guitar player Sophia Johnson has dibs on opening the evening. Call for Cover, 9 p.m., The Lonesome Rose, 2114 N. St Mary’s St., (210) 455-0233, thelonesomerose.com. — BE

Between the Buried and Me
These long-running blenders of extreme metal and prog will bring their several times-delayed 20th anniversary tour to town. Though Between the Buried and Me have brought several stacked bills to the Alamo City in years past, this tour finds the band holding things down by itself with a two-set show. The night will open with a full performance of its album The Great Misdirect, followed by a “career spanning” second set. The evening’s retrospective portion is expected to include one song from the group’s newly-released LP, Colors II, a follow-up to the beloved — spoiler alert — Colors. $22, 7:30 p.m., Rock Box, 1223 E. Houston St., (210) 255-3833, therockboxsa.com. — MM