10 Reasons to be Excited for 'The Lone Ranger'

As you'll see in tomorrow's edition, the Current (primarily under the directive of their Western-obsessed Editor in Chief, aka 'me') has a bad case of Ranger fever. As in The Lone Ranger, Disney's reboot of the genre-defining radio and television series that branded the William Tell Overture, "Hi-Yo Silver!," and the good-guy-in-the-white-cowboy-hat archetype into our collective consciousness.

But why should you pay attention to this $250 million, PG-13 rated, mega-motion picture based on a TV series, treading a path that so many have beat before? Gather 'round the campfire and let me tell you..

1) Armie Hammer – “Rising movie star, fledgling stuntman, pastry aficionado, and all-around nice guy,” is how Kiko Martinez describes Hammer in an interview we’ll unveil tomorrow. Not just another pretty face and buzzy name, Hammer has a close S.A. connection (although his permanent home is in L.A.). As 1,000 media sources (including us) have told you by now, his wife, SA-native Elizabeth Chambers, owns Bird Bakery in Alamo Heights. But, aside from SA pride, Hammer’s short track record is impressive in its riskiness, including The Social Network and J.Edgar.

2) Gore Verbinski — This is the name that really piqued my interest. Best known for achieving the impossible in creating a 79 percent "fresh"  critical and audience success with the original Pirates of the Caribbean: The Curse of the Black Pearl (based on a hokey Disneyworld ride, ferchrissake), Verbinski has also directed Academy Award-winning Rango and the underrated films The Weatherman and The Mexican. In Rango, he delivered a trippy, practically perfect send-up of the Old West geared toward younger, hipper audiences, also the main goal of The Lone Ranger.

3) Johnny Depp — Obviously, if you have not been a fan of Depp's turn toward the comic character actor, you will hate him in this film. But if you're down for Depp, you'll be delighted to know that as Tonto, he's essentially the film's narrator and possibly pulls even more screentime than Hammer. His Tonto bears some resemblance to Captain Jack, down to the hair extensions, and some to Hunter S., in terms of quasi-indecipherable murmured koans, but instead of drunken lout (Jesus, think of the PR debacle that would be), Depp's Tonto mystifies not only the white man, but his own tribe, and definitely the audience.

4) Bringing back “Kemosabe.” – In approximately one day, everyone in your office will start asking for favors with “Hey,

Kemosabe” or “Thanks, Kemosabe.” Some say it means “faithful friend or trusty scout,” while others, like Native American writer Sherman Alexie, has claimed it means “idiot” in Apache. It certainly means "fool" in Spanish. Might be a win-win for those wanting to dress-down the boss, Tonto-style.

5) Speaking of Sherman Alexie, maybe he’ll see renewed interest in his stunning 1993 short story collection The Lone Ranger and Tonto Fistfight in Heaven, which launched Alexie’s career and provided the basis for the film Smoke Signals.

6) Novelist and screenwriter Justin Haythe - If anyone could ground the madcap team behind Pirates of the Caribbean, it might be Haythe, whose credits include the agonizing drama Revolutionary Road. Then again, he's also the writer and producer for the recent dud Snitch, so maybe it's a good thing he's backed up by original Pirates scribes Ted Elliott and Terry Rossio.

7) Helena Bonham Carter — plays a character named Red Harrington, for seemingly no other reason than to have a HBC cameo in the film. Also, much of the music in the scenes she appears in was written by Jack White, originally tapped to score the film, but who dropped out due to scheduling concerns. 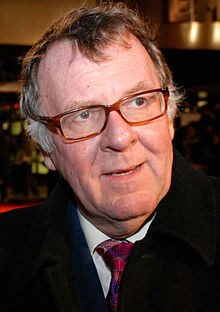 8) Tom Wilkinson - Rounding out The Lone Ranger cast is Tom Wilkinson, OBE. When cooking, I often evaluate recipes based on their ingredients, figuring that something including, say, prosciutto, sage, and black truffles, can't possibly turn out that bad. The same holds true for movies; yes, you may occasionally end up with an unappetizing mess, but even then you can usually pick out little bits of unspoiled performances to savor. Wilkinson plays a dude who just doesn't seem quite right, and his ambiguous performance pays major dividends later on.

9) Scenery - While The Lone Ranger is ostensibly set in Texas, we all know the majestic desert scenes featured in the film are further out. Like in, say, Utah and New Mexico, where much of the location filming was done. The scenes making use of Utah's stunning Monument Valley help gloss over the unrealistic setting, and pay tribute to the Western's hallmark of using absolutely drop dead gorgeous locations whenever possible.

10) Too bad I can't show you this — but there's a scene involving Silver, the Lone Ranger's trusty steed (and a scene-stealing actor!), galloping through a runaway train. Just imagine, for a minute, what it would take to get that shot. Unlike the CGI-dominated special effects departments of most other action blockbusters, this stunt, like many of the others, looks and feels heart-stoppingly realistic. If that doesn't make you want to holler "Hi-yo Silver!," then save your popcorn money.