With a career spanning three decades, the Emerson String Quartet has recorded more than two dozen albums and won at least eight Grammys and the Avery Fisher Prize, not to mention their induction into the classical music hall of fame. The current lineup for the group is Eugene Drucker and Philip Setzer on violins, Lawrence Dutton on viola, and on cello Paul Watkins, who was once a BBC Young Musician Award winner and former principal cellist for the BBC Symphony Orchestra. $29.50-$49.50, 7:30pm, Tobin Center, 100 Auditorium Circle, (210) 223-8624

In high school, most musicians are either too terrible or too reliant on chops to join anything resembling a decent band. But not the South Side’s Junkie, who put together a darling little garage trio that considers the stoned output of Wavves as the height of Western civilization. On their May release W/E — packed with teenage wisdom like “I like the things you say” and “Always bummed always in love" — the boys have hooks and they know how to use them. Playing in pools, backyards and bars — where they’ve inevitably, lovingly snuck adult bevs — Junkie has quickly become a hometown favorite. Maybe they’ll smash a 40 on their van’s front bumper as a bon voyage. With The Two Lips, Flowershop, Levees, Ants. $7, 7pm, Imagine Books & Records, 8373 Culebra Road, (210) 236-7668

“If I did what I wanted, then why do I feel so bad?” asks Pinegrove’s Evan Hall, mulling over this eternal question of youth. On their debut effort Cardinal, the New Jersey quintet considers similar problems of the young and the hormonal: Are my oldest friends my truest friends? Does she want to dance? Could I live in a van forever? To their merit, these sad boys wear their hearts on their sleeves quite well, avoiding the trappings of emo’s worst while tapping into the best of its wide-eyed promise with feelings of instant nostalgia. Consider it emo for people who hate emo. With Sports, Half Waif, Hovvdy. $12, 8pm, Paper Tiger, 2410 N. St. Mary's St.

Hotel Hot Burrito To-Go: Family Vacation 3
Friday, July 8
Like the Pearl's Hotel Emma or El Cosmico out in Marfa, the Hotel Hot Burrito is a boutique spot I'm desperate to stay in. Luckily, the party — put on by Austin East 6th spot Hotel Vegas — has hit the road, with a darling lineup of psych and garage rock sweating it out at the K23. Headliners and South Texas favorites Holy Wave bring their lovely brand of psych-pop through, riding the loud, stoned tide of their new record Freaks of Nurture. With Hidden Ritual, Annabelle Chairlegs, Sunjammer, Thee Commons, Lake of Fire, The Blind Owls, Julian Neel. $8/$10, 7pm, K23 Gallery, 702 Fredericksburg Road

PK's songwriting style careens wildly around the alt-country and folk genres like Hank Williams on a souped-up Vespa - rooted in tradition, but with a kind of laissez-faire European eclecticism that is decidedly modern. In other words, fans of old-time music will find much to like, but this is not an attempt at a purist revival by any stretch! With elements of folk, western swing, honky-tonk, and blues, and taking on a wide range of subjects from religion and sex to the zombie apocalypse, the songs are the star, delivered in an immediately-compelling baritone reminiscent of Cash and Presley but with a style all it's own. $3, 9pm, Raven Hookah Lounge, 1255 SW Loop 410 #133

Disruption is played out — upon hearing it we imagine young men in cheap suits throwing buzzwords in a boardroom and hoping something lands. But, the D-word gets to the heart of the appeal of Seshollowaterboyz, a quartet of pissed-off and wildly talented young rappers based out of Los Angeles. Air drop the Sesh team in a skate park or outside a Bape or Supreme store and a whirlwind of moshing is all but guaranteed. Online, de facto leader Bones pops out mix after mix of dark, fully-realized trap and R&B, taunting the competition to up the quality and quantity of their output. $30, 8pm, Paper Tiger, 2410 N. St. Mary's St.

Named after a children’s game in Aldous Huxley’s Brave New World, SA psychedelic rock ‘n’ rollers Bubble Puppy formed in San Antonio in 1966 to help steer the South Texas psych scene towards (relative) commercial success. Their ’68 hit “Hot Smoke and Sassafras,” a viciously tight, wandering tune of fantasy imagery and self-discovery, went to No. 14 on the Billboard chart. Though Los #3 Dinners never gained the national hype that Bubble Puppy once commanded, their SA-specific songs like "Livin' Inside the Loop" reveal an understanding of San Antonio like none other. $15-$50, 8pm, Sam's Burger Joint, 330 E. Grayson St., (210) 223-2830

SA noise-punks Pinko (members of The Grasshopper Lies Heavy, Sohns and Ghost Police) host noise-punk rapper B L A C K I E, who has repped abrasive, brilliant noise rap since before Death Grips were a thing and who will continue to produce challenging work once the Zach Hill shtick is dead and gone. With The Body. $5, 10pm, Limelight, 2718 N. St. Mary's St., (210) 735-7775 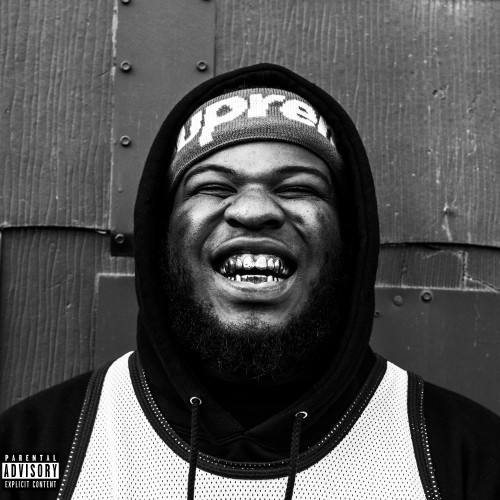