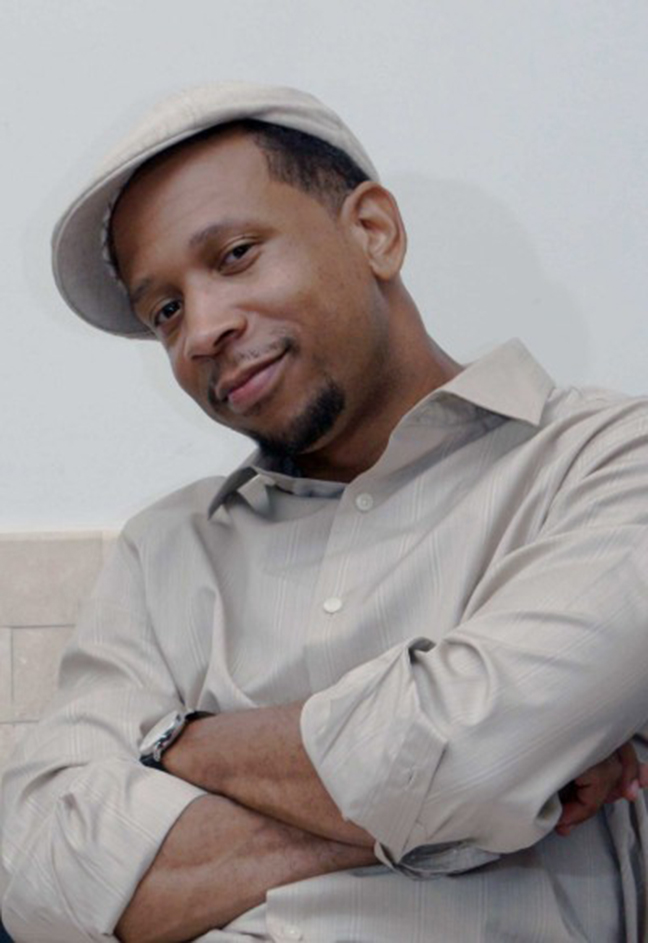 Plenty of comics have speculated about what Obama’s pillow talk might sound like, but Jay Phillips takes the premise further by imbuing his impression with pseudo-inspirational come-ons eerily similar to the man himself’s actual State of the Union seduction lines. But Phillips—whom readers might recognize as Scootsie Double Day from Semi-Pro or Boo-Boo Buster from Baby Mama—seems less interested in making political points than in being really funny, a feat he manages to pull off while showing little, if any, of his work. Stories about runaway dogs and beat up friends get guffaws without diagrammable setups and punch lines, and Phillips delivers them with the sort of practiced professionalism that’s easy to confuse with effortlessness, more like a class clown holding court at a crowded house party than a paid laugh-extractor working a club with a two-drink minimum. $16, 8pm Thursday, 8pm & 10:15pm Friday-Saturday, 8pm Sun, Laugh Out Loud Comedy Club, 618 NW Loop 410, Ste 312, (210) 541-8805, lolsanantonio.com. 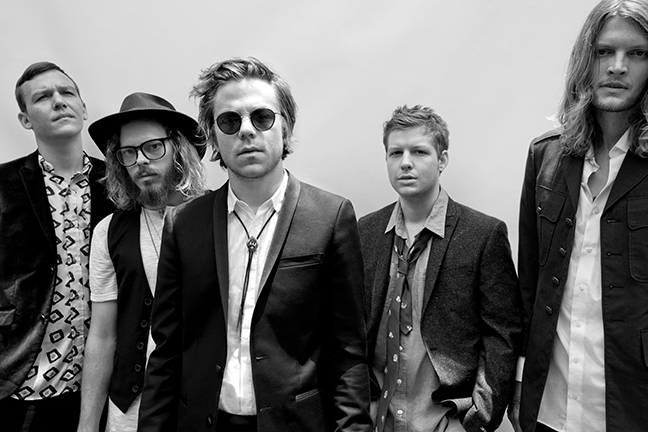 If you know one Cage the Elephant track, it’s probably “Ain't No Rest for the Wicked.” To refresh, it’s the one that sounds suspiciously like a re-write of Beck’s “Loser,” only with a more dangerously catchy chorus. If the rest of the Kentucky band’s catalog didn’t bear the Beck resemblance in sound, it certainly did in style. The quartet’s few albums gleefully sported a “why the fuck not?” spirit, jumping from Cheap Trick’s power-pop, the Arctic Monkeys’ dance-floor alt-rock and Red Hot Chili Peppers’ blue-eyed funk, with no look given to the rearview. Cage the Elephant has settled a bit since those early records, with 2013’s Melophobia leaning in a more streamlined indie-rock direction. However, this approach has yet to dim the group’s electric live show, powered primarily by energetic frontman Matt Shultz. With Cleveland roots-rock combo J Roddy Walston & the Business in the opening slot, expect no rest for the wicked or otherwise. $20, 7pm Thursday, The White Rabbit, 2410 N St. Mary’s, (210) 737-2221, c3presents.frontgatetickets.com. 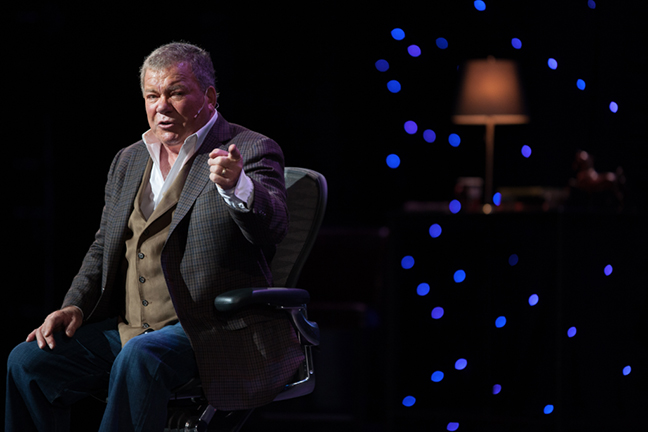 “We Just Live in It” is the inevitable subtitle of William Shatner’s one-man show, which debuted on Broadway in 2012, and of all the solipsists to stake that claim, the one true Captain Kirk probably has the most shut-ins calling him god. If that’s you, dust off the doughnut pillow to watch and enjoy the filmed version, screened for a single night in theaters, regardless of how many times you saw it live on tour. Cheek-licking fans of Shatner’s “Rocket Man,” will hoot at the 83-year-old fitted with a flesh-tone wireless mic for the stereotypical black-box solo-show, but fans of both Shatner and good storytelling hoping for the sort of insight evident on Has Been (his pretty great collaboration with Ben Folds) might take encouragement from this: We haven’t seen Shatner’s World, but we did see Shatner last year, outside a Laurie Anderson show. $12-$15, 7:30pm, Regal Cielo Vista (2828 Cinema Ridge), Regal Huebner Oaks (11075 I-10 W), Cinemark McCreless Market (4224 S New Braunfels), Santikos Rialto (2948 NE Loop 410), fathomevents.com. —JM 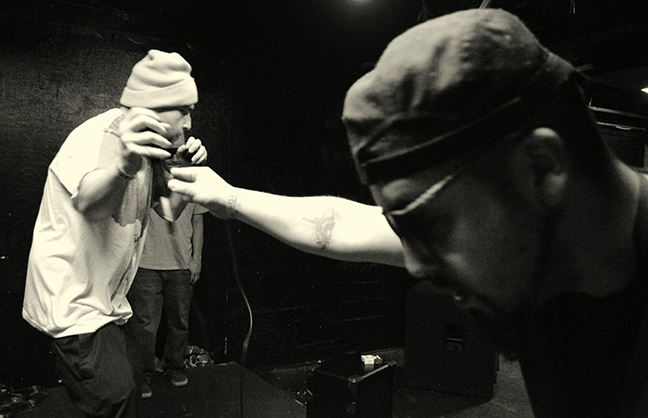 Dead the Poets, a collaboration between San Anto natives Kizer and Law, is throwing a positively ill party to celebrate the release of its second album, Korean Mardi Gras. The album itself, which is already available in more or less finished form at kizersoze.bandcamp.com, excels on the strength of Kizer’s sultry yet bangin’ production (which features tons of delightfully brassy samples) and the rappers’ wittily profane flows. But the expansive 21-track behemoth of an album has something for all types of hip-hop lovers—from sassy social commentary to inventive if cringe-worthy similes, from sunny day jaunts to thumping club tracks. Like the album, the show in its honor features some of our best local hip-hop talent, including Chisme’s REL, MAD-ONE and Current-lauded emcee Mr. Composition, among many others. But that’s not all. This unique party will also feature a producer showcase, burlesque dancers and live painting. $5-$15, 9pm Thursday, The Falls, 226 W Bitters, (210) 490-5553, thefallsbar.com. –JC 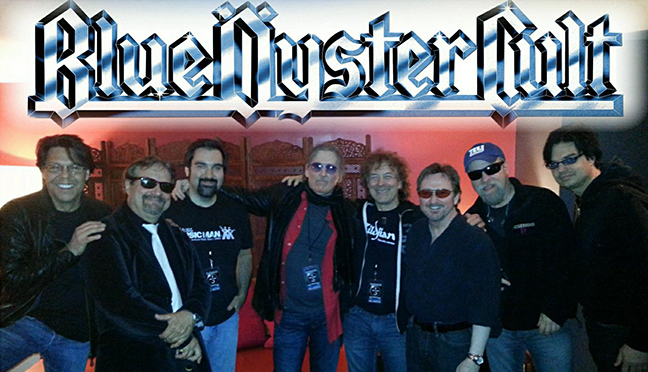 Depending on your age, watching early umlaut adopter Blue Öyster Cult perform in a parking lot is your chance to either: (a) star in your own Dazed and Confused deleted scene; (b) watch a pretty convincing re-enactment of the night you were conceived; or (c) relapse into biker drugs. At $10 (in advance), that’s a bargain in any case. That BÖC’s best known for “(Don’t Fear) The Reaper” when the group also recorded a song with the chorus “Joan Crawford has risen from the grave,” is a pretty good indicator of what’s wrong with this country. Of the hits, “Godzilla” is maybe the most representative of the band’s sci-fi-obsessed glam metal, but collaborations with Michael Moorcock (“Black Blade”) and Patti Smith (“The Revenge of Vera Gemini”) are better examples of its actual awesomeness—a band as good as your weird uncle thinks KISS is. With Year of The Snake, Evil Reign, S.A. Territories and The Selfish Machines. $10-$15, 7pm-midnight Friday, GJ Sutton State Parking Lot 2, 321 Center, E Commerce at Cherry, (210) 802-7655, siestafest.com. —JM 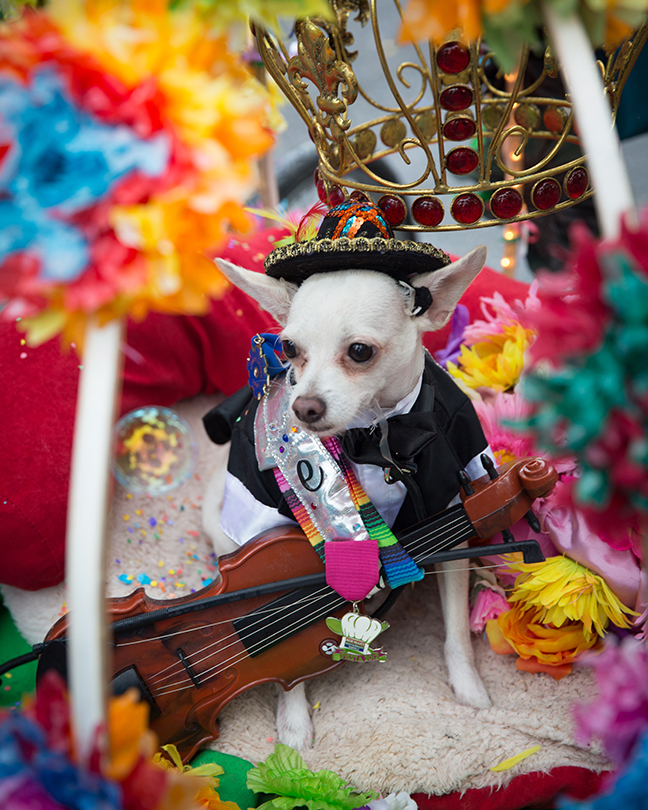 We try our best to be sparing with the word “best” this time of year, but it’s worth pointing out that 46 years into the game, King William Fair still wraps up the best of Fiesta in one wacky package that raises funds for both arts education and community improvements in Texas’ first residential historic district. Simultaneously spoofing and celebrating Fiesta and its traditions, KWF’s 1.5-mile parade steps off at 9 a.m. and rounds up a wild bunch that this year includes tribal belly dancers, cheerleaders, actors, architects, politicians, the Tooth Fairy, “Napoleon and Josephine,” the Cornyation crew, “Fiesta zombies,” a troupe of “poorly costumed cross-dressers and other confused individuals,” a large dancing dog and 22 people masquerading as Taylor Swift. But even if you snooze through the colorful kickoff, KWF’s freak flag flies throughout the day, serving up a sprawling smorgasbord complete with festival fare, live music (courtesy of Cryin’ D.T. Buffkin and the Bad Breath, the Krayolas, Buttercup and many more), a Kids’ Kingdom and nearly 200 art and craft vendors. And did we mention the view? In addition to the dreamy backdrop of King William’s tree-lined streets and Victorian homes, KWF attracts upwards of 40,000 and even dogs get dolled up for the occasion (pet owners are encouraged to read the guidelines at kwfair.org/faqs). $10 (free for kids 15 and under), 9am-6pm Saturday, King William (entrances include S St. Mary’s at King William and S Alamo at Beauregard, click here to view the map), kwfair.org. For VIA Bus routes and Park & Ride locations, click here. —Bryan Rindfuss 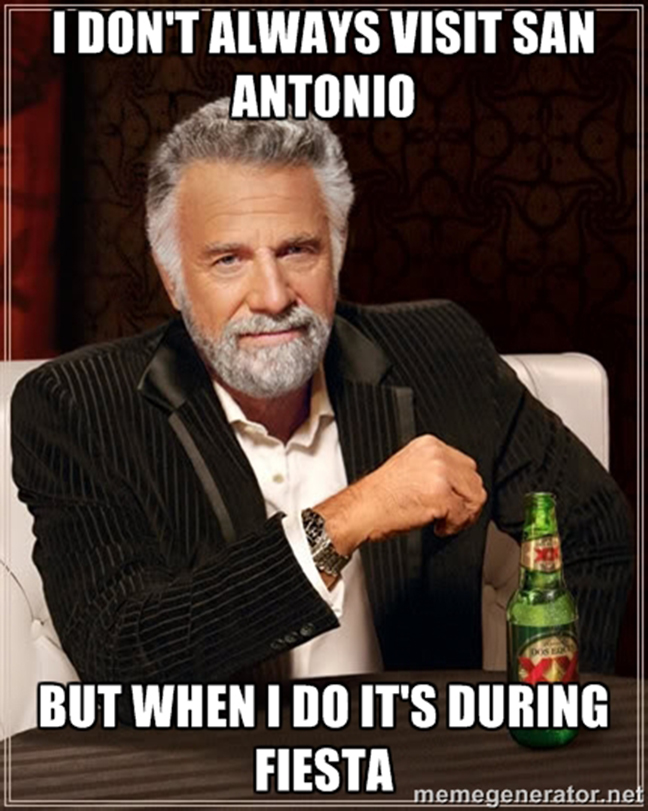 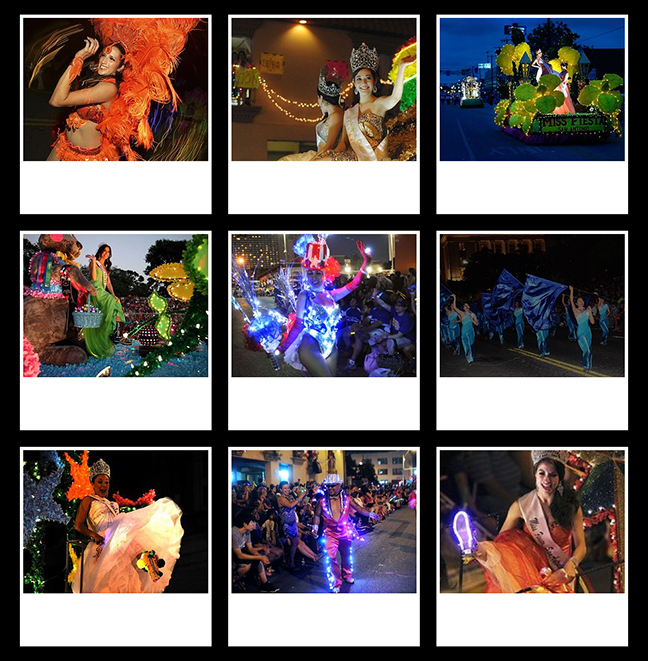 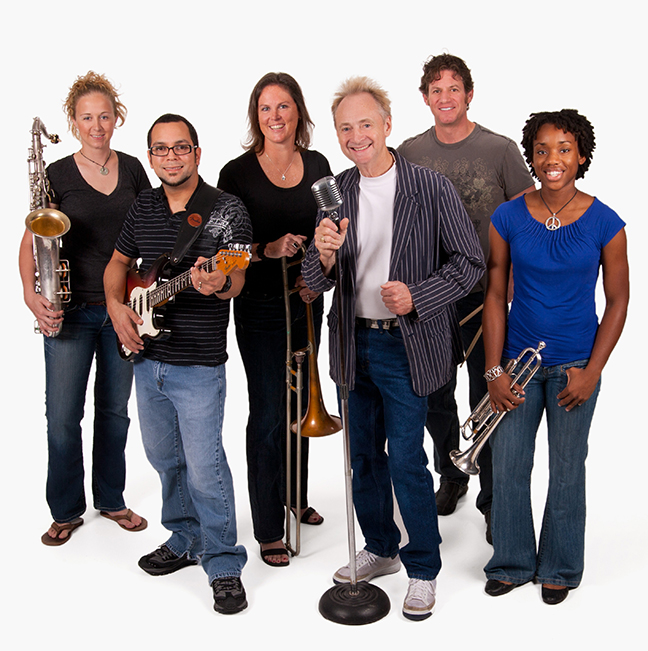 Sure, Fiesta tends to be dominated by a handful of juggernaut events—NIOSA, Oyster Bake, you know the drill. But increasingly it’s been the more independent, less ruthlessly mobbed events that have given a reason to keep an eye on Fiesta each year. Last year’s Fiesta Blues Heritage Series proved itself one of those off-the-radar events worth checking, and thankfully it’s back around in 2014 to close out Fiesta on Sunday. The organizers have done a nice job of culling talent from across Texas, including R&B belter Lauren Silva, Houston sextet the Ezra Charles Band (pictured) and Austin-based guitar monster and show headliner Alan Haynes. SA’s own No Refund Band, comprised of members from the San Antonio Blues Society, will open things with a bit of local blues flavor. Set this year at Sam’s, the daytime show should prove as strong a choice as any to cap off the season. $15-$45, 12:30-6pm Sunday, Sam’s Burger Joint, 330 E Grayson, (210) 223-2830, samsburgerjoint.com. —JDS

A Day in Old Mexico 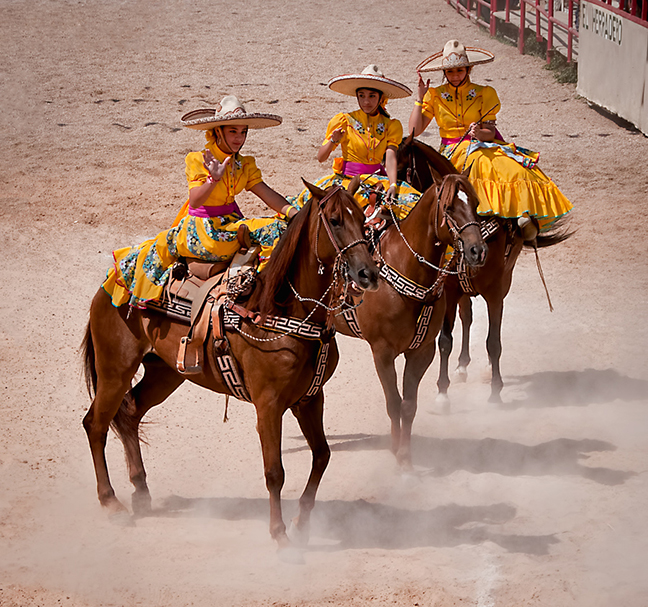 Devised during the hacienda system as a method to prepare horses and riders for war and formally institutionalized in the post-revolutionary period, charrería is the national sport of Mexico. For the last six decades, the Asociación de Charros de San Antonio has championed charrería (often described as Mexican rodeo), competing throughout the year and attracting a diverse crowd each April with its beloved Fiesta charreada A Day in Old Mexico. Of the 10 official suertes (competitive roping and riding events performed in period costumes), the all-female escaramuza easily stands out as a fan favorite. Created during the 1950s and officially added to the charreada mix in 1992, the choreographed skirmish showcases a team of young ladies demonstrating precision skills (some inspired by the soldaderas who fought alongside men in the Mexican Revolution) while riding sidesaddle in colorful dresses named after Pancho Villa’s legendary companion Adelita. $3-$15, 1-6pm Sunday, Charro Ranch, 6126 Padre, (210) 532-0693, sacharros.org. —BR 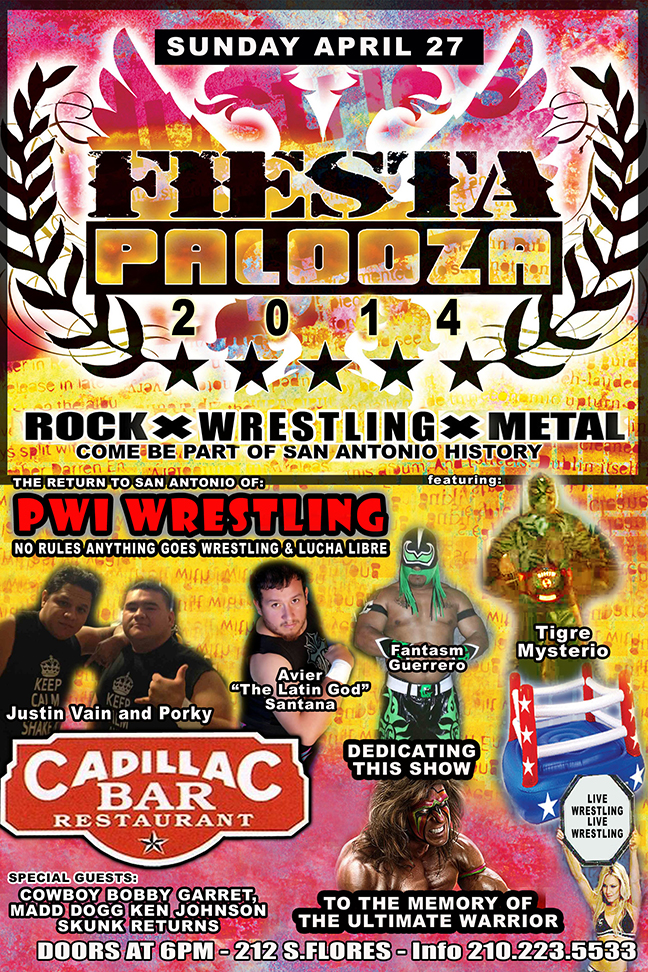