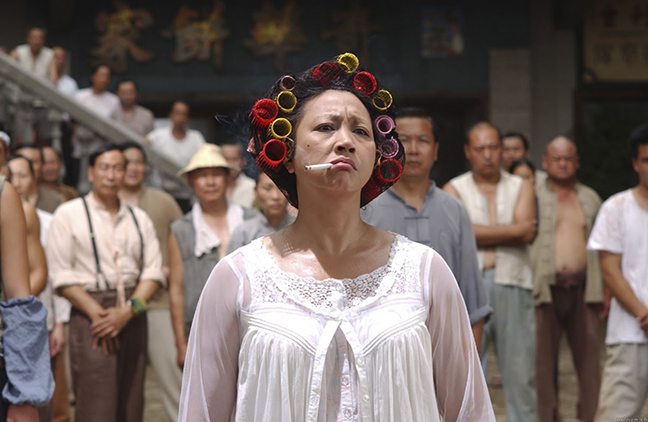 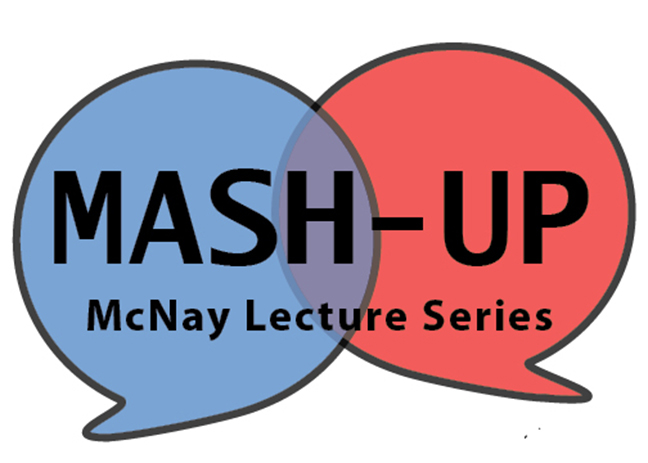 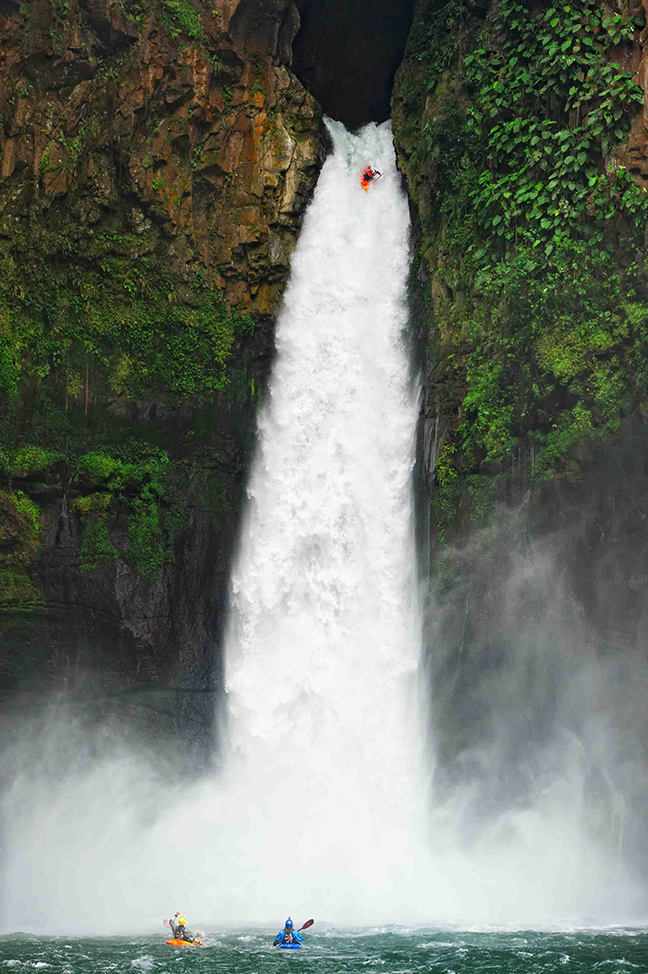 Although celebrated more visibly as LGBT Pride Month, June is also National Rivers Month—the inspiration for the San Antonio River Authority’s inaugural Environmental Film Fest. A partnership between SARA and the South Yuba River Citizens League, the program rounds up an enlightening collection of ecocentric shorts. Among the fest’s highlights are Cascada (surrounding a search through a remote Mexican jungle for “the perfect waterfall”), Marshland Dreams (about the restoration of Iraq’s devastated Mesopotamian Marshes) and The Water Tower (following a trek up a Kenyan mountain to find a local water god). Free, 5-10pm Thursday, Santikos Bijou, 4522 Fredericksburg, (210) 302-3244, sara-tx.org. —BR 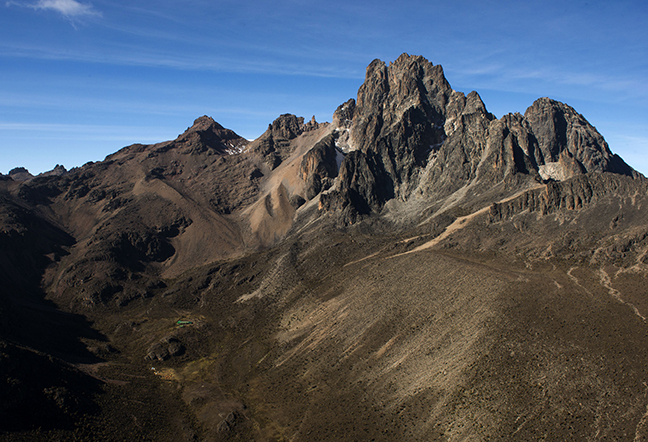 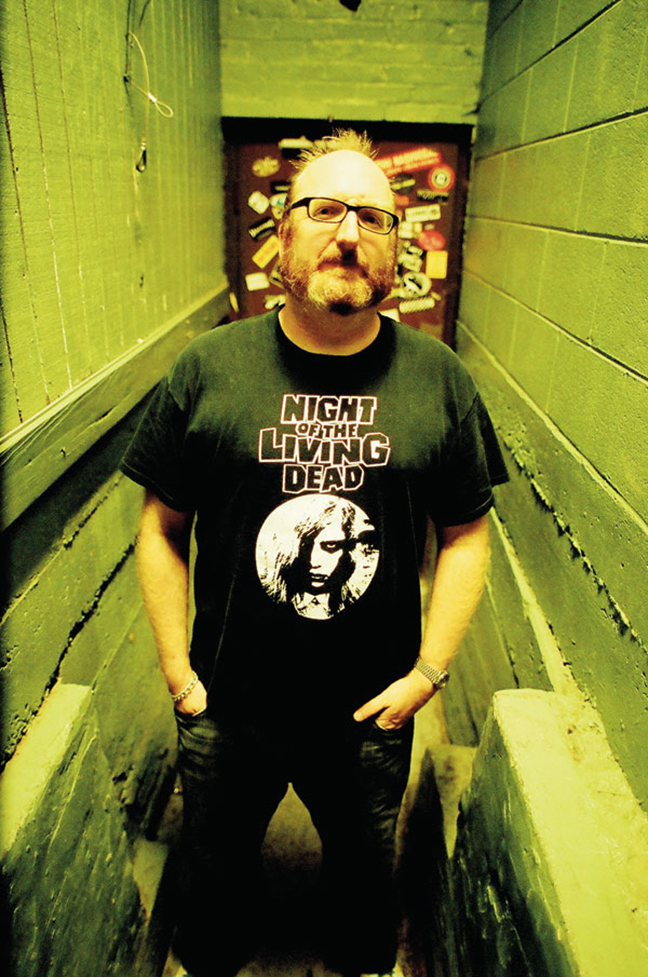 If you don’t recognize Brian Posehn from his time touring alongside Patton Oswalt, Maria Bamford and Zach Galifianakis as a self-proclaimed “Comedian of Comedy”— you probably recognize him from his height and receding red hair. At six-foot-seven, the ginger giant played an eye-catching weirdo on Just Shoot Me and The Sarah Silverman Program. He’s the most regular dude of any of the “Comedians,” however, with an act succinctly summed up by his sophomore album title—Fart and Wiener Jokes. $18.50, 8pm Thursday, 8pm & 10:15pm Friday-Saturday, Laugh Out Loud Comedy Club, 618 NW Loop 410, (210) 541-8805, lolsanantonio.com.—Jeremy Martin

"Matisse and Picasso: A Friendly Rivalry" 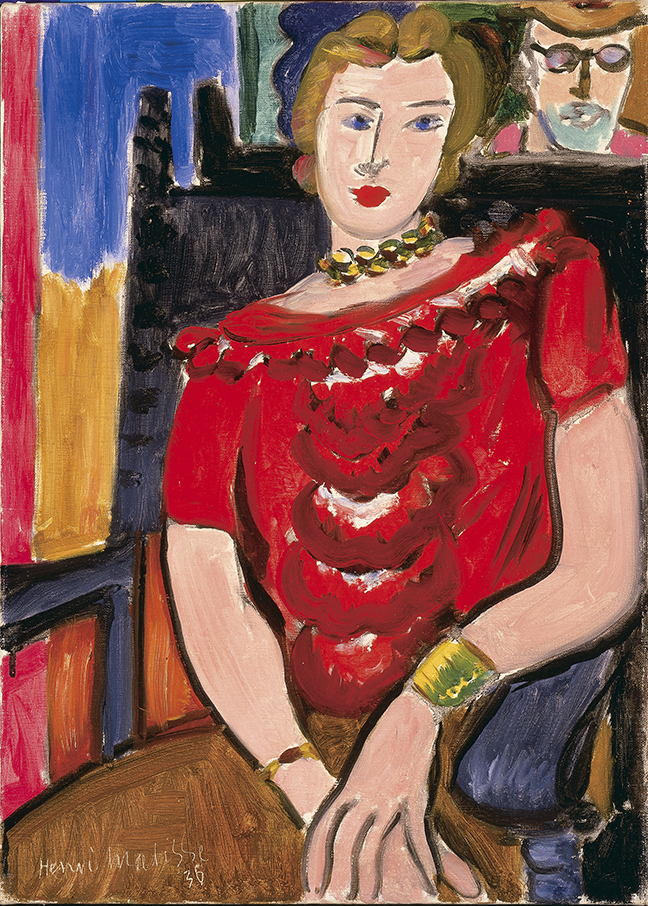 The McNay encourages visitors to “draw their own comparisons and conclusions” about Pablo Picasso and Henri Matisse and their influence on one another by juxtaposing works across all media (including paintings, sculpture, drawings, prints and theater designs) sourced from the museum’s diverse holdings. $10-$15, 10am-9pm Thursday, 10am-4pm Friday, 10am-5pm Saturday, noon-5pm Sunday, McNay Art Museum, 6000 N New Braunfels, (210) 824-5368, mcnayart.org. Through August 10. —BR 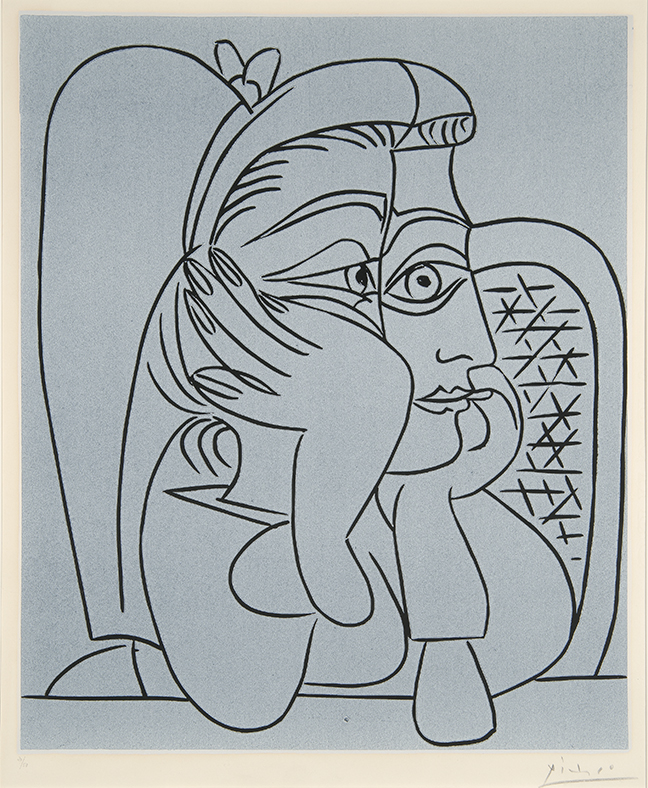 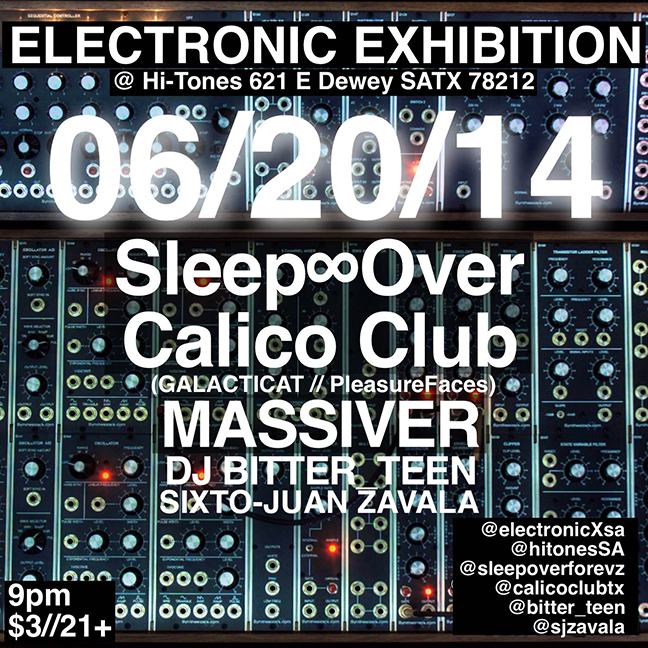 Austin’s slow-mo dream-pop act Sleep ? Over (below) is the featured attraction in this latest installment of Electronic Exhibition, the superb bi-monthly music showcase focused on highlighting and championing electronic music and digital art. The woozy brainchild of one Stefanie Franciotti, Sleep ? Over’s sound is a murky and gossamer take on electro-pop that incorporates elements of classical, folk, ambient and rock. In the live setting, with mind-altering visual extrapolations provided by local artist/digital wizard Sixto-Juan Zavala, expect an ethereal and transcendent experience. $3, 9pm Friday, Hi-Tones, 621 E Dewey, (210) 573-6220, facebook.com. — James Courtney 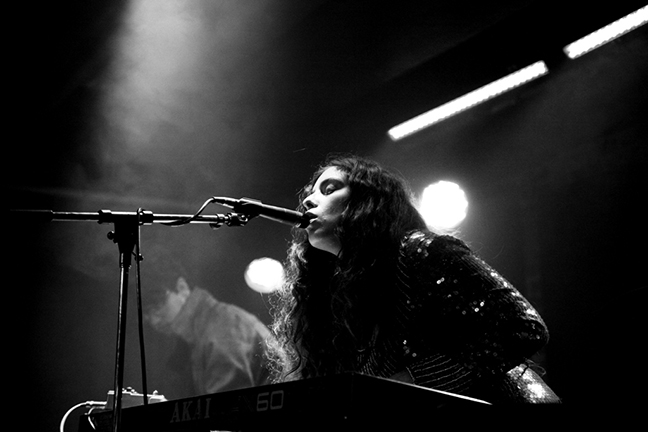 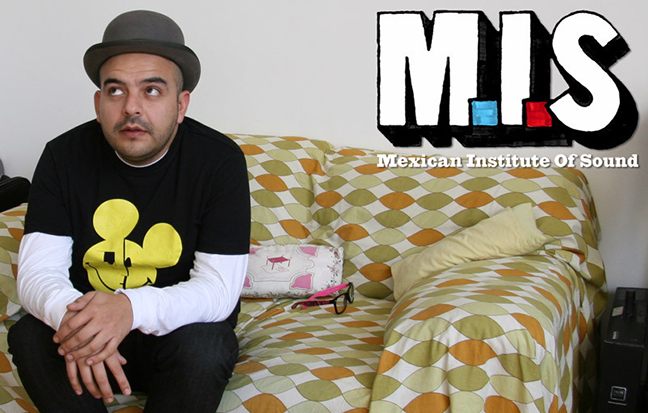 "Grossology: The (Impolite) Science of the Human Body" 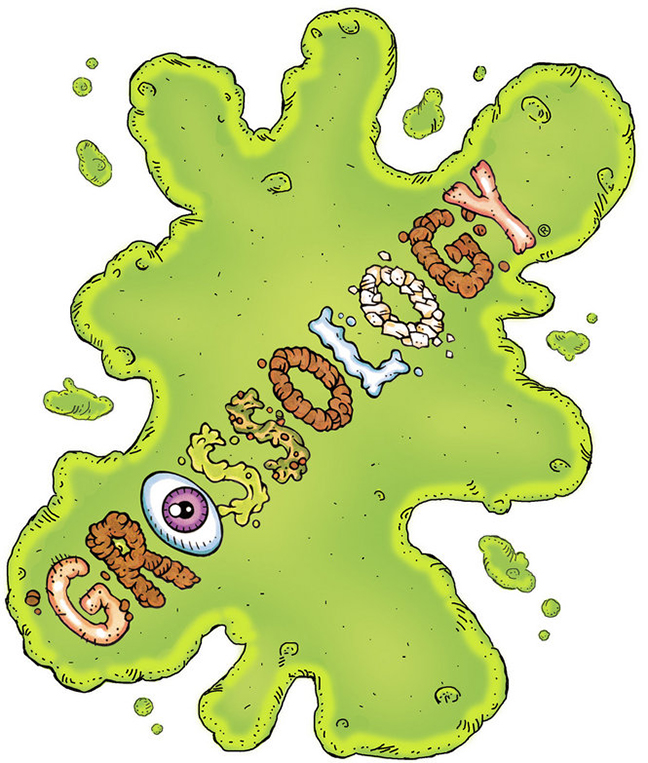 Some kids just love poop. But where analysts see psychosis, author Sylvia Branzei sees opportunity. Her best-selling book series Grossology explains the biology of diarrhea, boogers and blood to make science interesting to young, warped minds. From now until November 3, the Witte will host interactive exhibits inspired by Branzei’s books, along with a lot of disgusting noises and high-pitched giggles not often heard in fancy-pants museums. Fogeys will harrumph, but it might lead to a cancer cure. $7-$15, 10am-5pm Saturday, noon-5pm Sunday, Witte Museum, 3801 Broadway, (210) 357-1900, wittemuseum.org.—JM 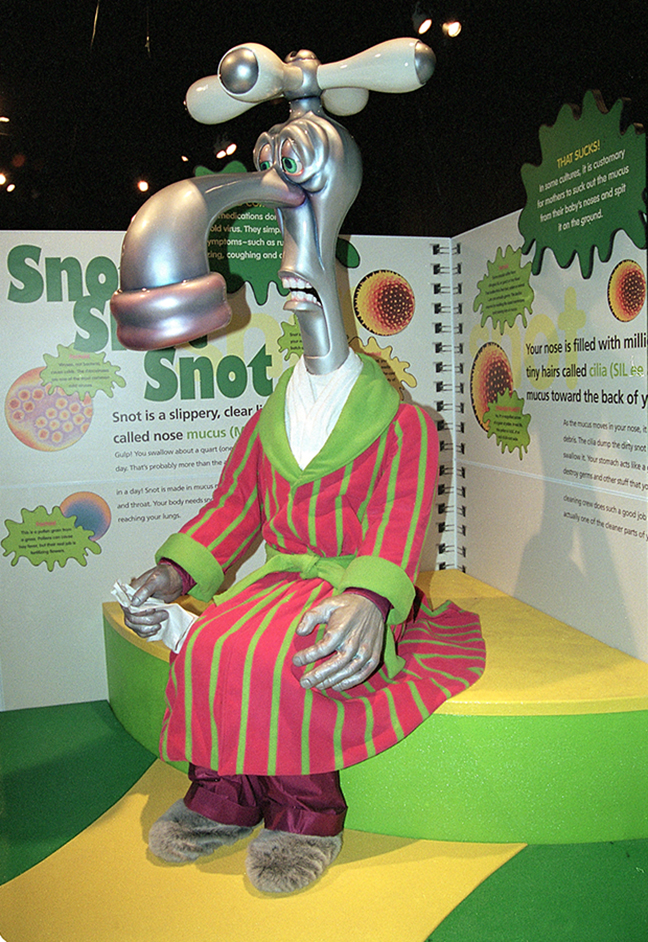 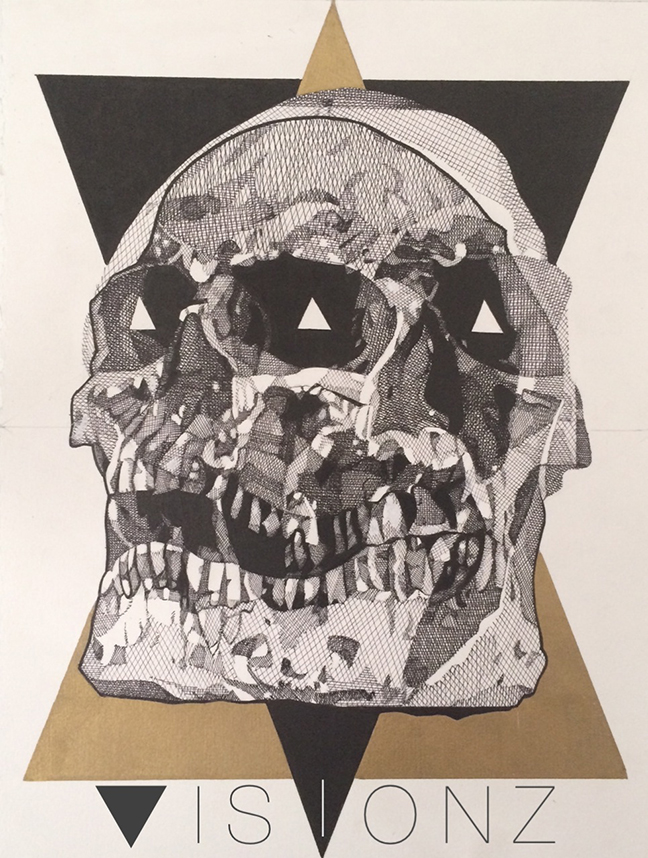 Local artist James Supa Medrano’s new exhibit “VISIONZ” consists of sharply rendered mixed- media drawings that seek to convey a dream-like state. Informed by ominous imagery (including skulls and devilish masks), the works explore “the dark side we as human beings possess” and “the idea that we all have the ability to project evil tendencies.” Free, 7-11pm Saturday, Plazmo Contemporary, 1101 W Woodlawn, (210) 837-0561, facebook.com/PlazmoContemporary. —BR 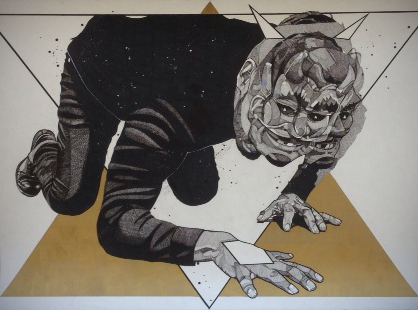 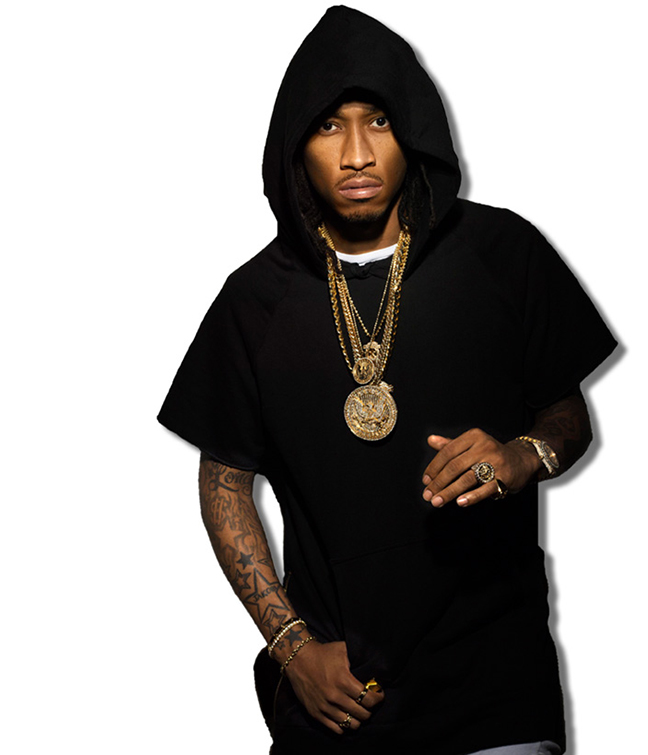 Future’s a bold statement for a stage name, but ATL’s Nayvadius DeMun Wilburn (above) seems to be a step ahead of the game, bringing Auto-Tune back into the spotlight and gargling through a tirade of Top 40 hits. On the other hand, Rico Love is an intentional step behind, hanging back on his writing skills like a marathon runner waiting to burst ahead of the pack. As a songwriter and producer for Usher, Nelly and Beyoncé, Rico Love spends much of his career behind the board. But on the mic, Love can deliver his porn-soundtrack R&B just as well as the A-list names for whom he ghost writes. $25-$75, 8:30pm Saturday, The White Rabbit, 2410 N St. Mary's, (210) 737-2221, ticketfly.com. —Matt Stieb & Shannon Sweet