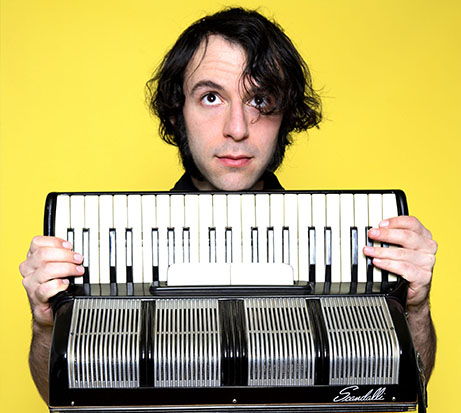 Daedelus is an anachronistic dude. With the name of a mythic Bronze Age Greek architect, the sideburns of a 19th-century president and the aesthetic sense of a retrospective futurist, the LA producer isn’t held down to a place in time like the rest of us. Take his recent soundtracking work for the excellent side-scroller Nidhogg, touching on the driving rhythms and ascending, 8-bit lines of classic SNES, while introducing Aphex Twin beats and occult synths to the mix. For Daedelus, trained at the University of Southern California in jazz double bass, this clattering of influence is all in a day’s work, blending ’90s house pop with PBR&B or tasteful EDM with outsider production. With Empireal Formula, Ernest Gonzales and Ohh Yeah. Free, 7-10pm Thursday, Arneson River Theater, 418 Villita, (210) 207-8610. —Matt Stieb

Daniela Riojas: "A Collection of Work" 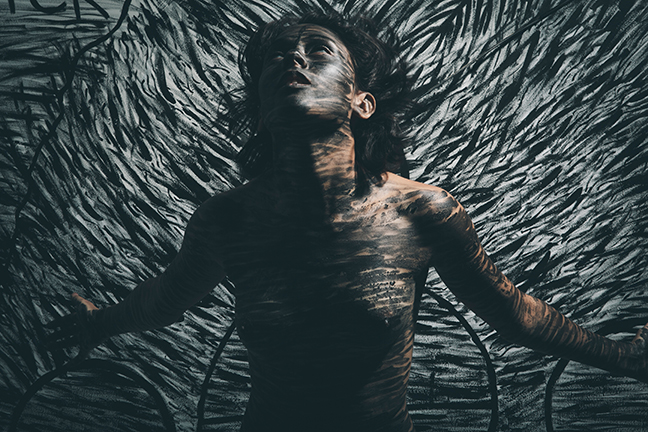 A self portrait from Daniela Riojas' series Being and Becoming

Daniela Riojas explores ideas of the figure in art, Latin American rituals, letting go of the past, and Jungian archetypes in “A Collection of Work,” a Fotoseptiembre exhibition comprising several bodies of material, including Being and Becoming, Dysplacia, Meiosis, Blood History and Portrait of a Woman Who Will Lose Her Hair in Two Weeks. Riojas’ self-portrait series Being and Becoming takes on a different methodology, that of the portrayal of her various archetypal selves. These acts of discovery scrutinize a ritualistic component as the work discusses the journey of storm and rapture through the gilding commodification of the female body and domestic concepts. These scenes address Latin American and Mesoamerican rituals of eating gold and the altered state of rapture within a storm. Providing a contrast are more somber self-portraits of Riojas covered in flower and egg yolks—possibly symbolizing domesticity and child bearing. At its heart, Being and Becoming is about role identification through questioning the inherent value of the female form. Free, 6:30-10pm Thursday, Mercury Project, 538 Roosevelt, (210) 478-9133, fotoseptiembreusa.com. —Tom Turner

Click here to read the Current’s full preview of "A Collection of Work." 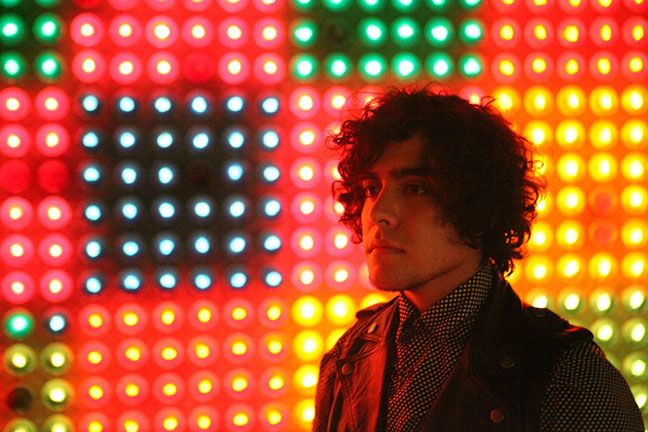 Austin’s Alan Palomo, who records and performs as Neon Indian, enjoyed meteoric success leading up to and following the 2009 release of his groovetastic electronic album Psychic Chasms. 2011’s Era Extraña picked right up where that album left off and established him not just as a practitioner of the fleeting micro-genre chillwave, but as an inventive songwriter and composer in general. For this DJ show, Palomo, who at one point had actually adopted a full band, is back to his turntable roots, hooking Thursday revelers up with danceable jams from across genres and, hopefully, plenty of his own music. Free, 10pm, Brass Monkey, 2702 N St. Mary’s, (210) 480-4722.

Starlight Movies in the Garden: An Affair to Remember 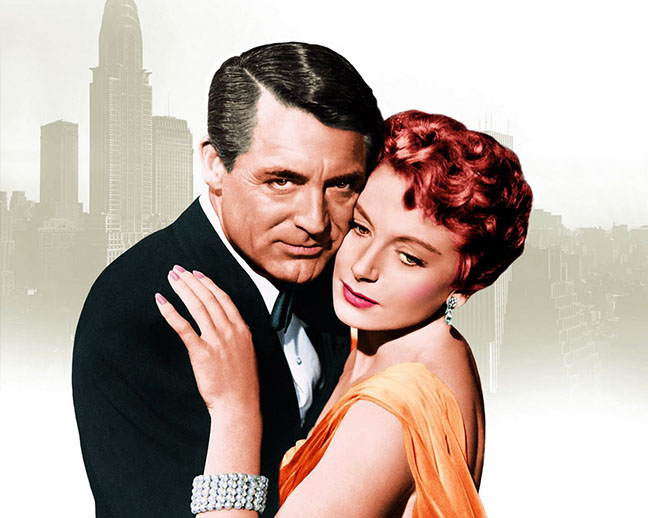 Two strangers fall in love on a cruise and decide to meet atop the Empire State Building in six months time. Of course, the universe sometimes interferes with love’s sweetest intentions. Cary Grant and Deborah Kerr tug on every heartstring in 1957’s An Affair to Remember. Called one of the greatest love stories of all time by the American Film Institute, this timeless tale has inspired droves of modern-day romancers; just think, without it, there would be no Sleepless in Seattle. The Botanical Garden screens the classic—bring the blankets, bring your sweetie and revel in the romance. Free, gates at 6:30pm Friday, San Antonio Botanical Garden, 555 Funston, (210) 207-3250, sabot.org. —Murphi Cook

Slab Cinema and District 3 Councilwoman Rebecca Viagran co-host a screening of Spanish director Pablo Berger’s Blancanieves (2012), a silent, black-and-white fantasy that sets the Brothers Grimm tale of Snow White in 1920s-era Andalusia. Blancanieves tells the story of Carmen (Inma Cuesta), a young woman with amnesia who does not know her father is the famous bullfighter Antonia Villalta (Daniel Giménez Cacho). When Antonia suffers a career-ending accident, he marries Encarna (Maribel Verdú), the evil stepmother who hides Antonia away from Carmen and takes poor care of him while gallivanting about with the chauffeur. Encarna treats Carmen like a slave and Carmen runs away only to find a troupe of bullfighting dwarves. The dwarves nickname her Blancanieves, after the famed fairy tale, and take advantage of her skills as a bullfighter in their routine. On the brink of fame, Blancanieves' life will be in danger if Encarna discovers who she is, as Encarnca believes her to be dead. This twist on the Snow White fairy tale is an homage to European silent cinema. Free, 7pm Saturday, Mission Marquee Plaza,  3100 Roosevelt, San Antonio, (210) 207-6968, slabcinema.com. —Ainsley Caffrey 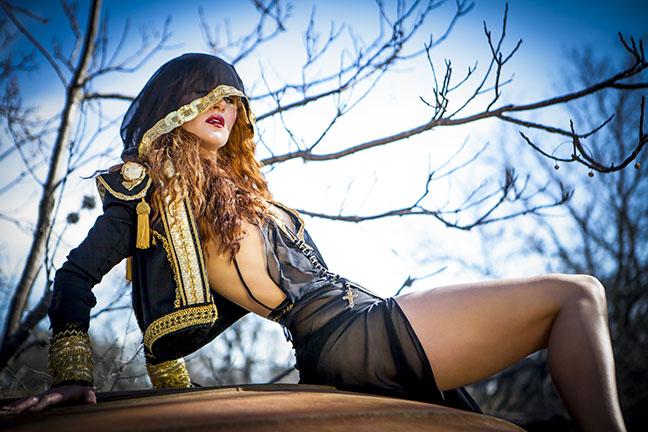 The Gothic era of the Catholic Church, overt sexuality and female power are among the themes informing “Salvation,” the spring 2015 collection from local designer Leighton Whittington’s new fashion line Leighton W. Couture. Flowy and revealing, yet toughened up with hard-edged styling and a rebellious spirit, the debut collection makes its statement almost entirely in black and gold (an on-trend color palette if you ask Sarah Burton, creative director at Alexander McQueen). Blurring lines between exhibition opening and fashion show, “Salvation” highlights more than 20 original looks (worn by models and local personalities) enhanced with a sound installation, visual art by James Raska and a confessional area with wearable prizes based on the best Facebook and Instagram posts tagged #salvation2015. According to Whittington, “The time has come for a fashion salvation and resurrection.” $30 (proceeds benefit the Martinez Street Women’s Center), 7-10pm (show at 8:15pm) Saturday, Brick, 108 Blue Star, leightonw.com. —Bryan Rindfuss 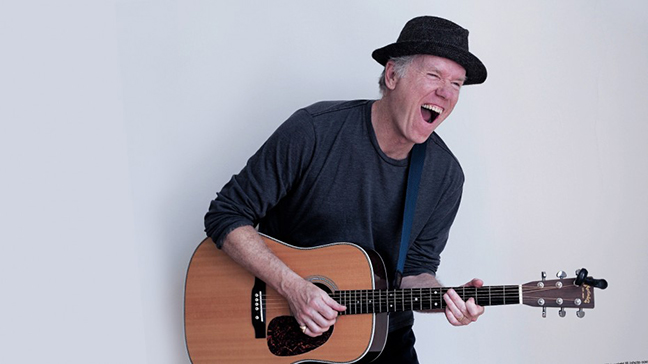 Emerging with his eponymous debut in 1970, singer/songwriter Loudon Wainwright III found himself lumped along with fellow post-Dylan folk-revivalists Leonard Cohen, Cat Stevens and Randy Newman. But where those contemporaries relied on abstract imagery or parody in their lyrics, Wainwright aimed for an unadorned, almost uncomfortable level of confessionalism. His marriage (“On the Rocks”), his children (“Rufus Is a Tit Man”), his troubled relationship with his father (“Just a John”): Wainwright covers it all unflinchingly, his words undercut by a sardonic, often goofy sense of humor. When asked about his latest record, the eclectic Haven’t Got the Blues (Yet), the singer flippantly told the Current its theme is “based around death and decay and depression,” as though such subjects were as casual as the weather. $25, 8pm Saturday, Riverwalk Plaza, Tobin Center for the Performing Arts, 100 Auditorium Circle, (210) 223-8624, tobincenter.org. —J.D. Swerzenski 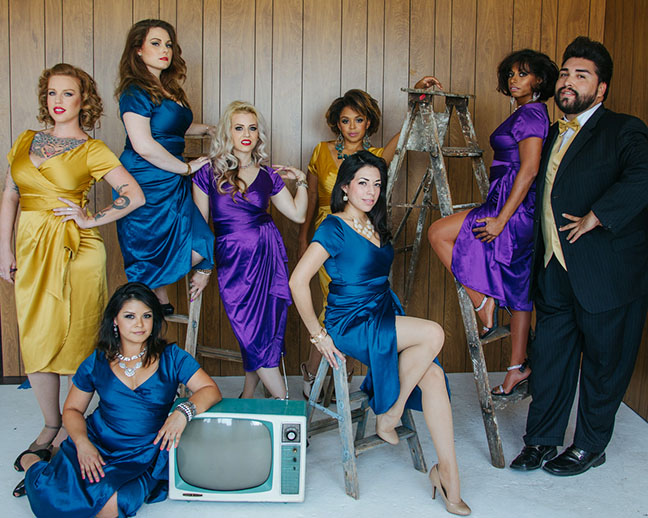 Orson Welles once said, “I hate television. I hate it as much as peanuts. But I can’t stop eating peanuts.” If old Mr. Welles were alive today he’d certainly want to pick up his nuts and pull up a seat at Tease-O-Vision, a tribute to TV’s greatest moments courtesy of award-winning Stars and Garters Burlesque, SA’s longest-running troupe. These seasoned performers regularly transgress societal boundaries onstage as they explore gender and sexuality in raucous routines; it seems only natural that they should conquer the boob tube, too. Wardrobe malfunctions are promised. $17-$25, 8pm Saturday, The Josephine Theatre, 339 W Josephine, (210) 734-4646, starsandgartersburlesque.com. —MC 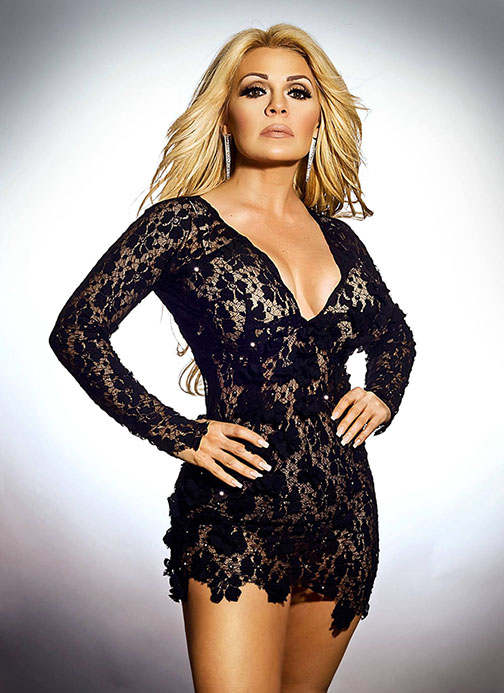 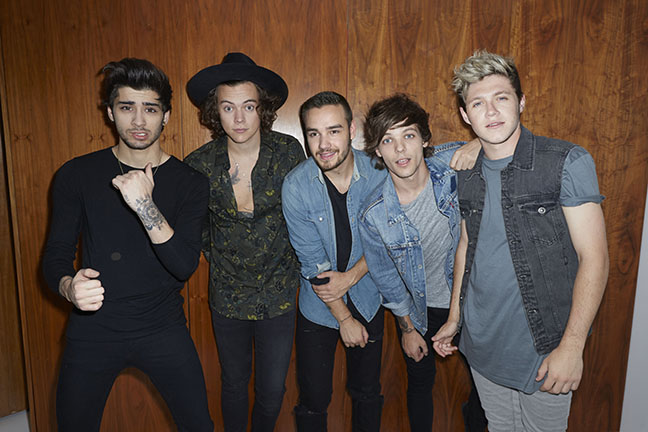 An English boy band? How did Lou Pearlman—the impresario-creep of the ’90s boy band halcyon days—not think of this? By dropping the rounded UK vowel pronunciation in song and picking it up for interviews, One Direction tugs at American teen heartstrings with an unfair advantage (like Manu playing YMCA pickup, or an English boy with a trendy haircut singing to a room full of pre-teen girls). Imagine the wallet-boner on Simon Cowell when he signed One Direction after their stint on The X-Factor. Cowell, you sly English hound, could you have known how much dough you stood to make? $62.50-$102.50, 7pm Sunday, Alamodome, 100 Montana, (210) 207-3663, alamodome.com. —MS