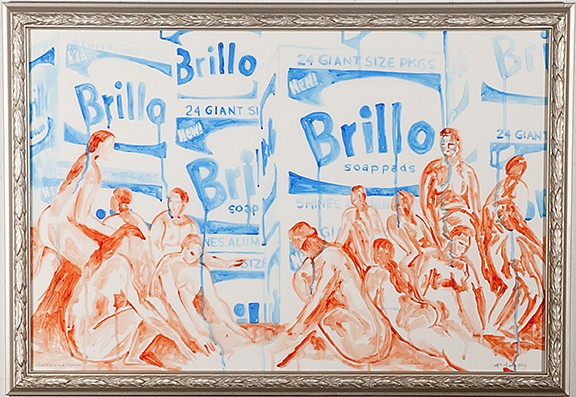 With a title that might recall adolescent peer pressure or (less likely) a 1911 Irving Berlin song about the dance craze of the early 20th century, FL!GHT Gallery’s end-of-year offering “Everybody’s Doin’ It” unites the intriguing trio of Lubbock-based artists/curators Jeff F. Wheeler and Maisie Marie Alford and underground legend/multitalented wildcard Daniel Johnston. Known for his “surreal and often humorous take on life on the Plains,” Wheeler has exhibited work everywhere from India to Peru and is the creative mind behind Ulterior Motifs, a multimedia music and art happening now in its 15th year. Co-curator at Lubbock’s Louise Hopkins Underwood Center for the Arts, Alford maintains a collage sensibility in paintings, drawings and reconfigured photographs but also creates curious sculptural installations and high-concept jewelry. Deemed a “cult icon” by the BBC, Austin-based California native Daniel Johnston is known best as a lo-fi singer-songwriter but his cartoon character Jeremiah the Innocent (an alien-like frog that first graced his 1983 album Hi, How Are You and notably wound up on a T-shirt favored by Kurt Cobain) is so widely recognized—thanks in part to an landmark Austin mural that even has its own Yelp listing—it was adapted as a collectible figurine in 2008. In lieu of a First Friday opening, FL!GHT unveils the group show in the form of a BYOB New Year’s Eve party promising “big-time art starting at $20,” music by DJ Rasta Mike, “mouth watering brisket” and lots of surprises. Free, 8pm-2am, FL!GHT Gallery, 134 Blue Star, (210) 872-2586. —Bryan Rindfuss

Get your party hats out and your zany glasses on—it’s time to count down to 2015 at Celebrate San Antonio. With barrels of fried food, carnival games, rides and a Valero Fireworks Extravaganza, this all-ages celebration has something for everyone. The night also promises live music on three different stages featuring an array of local acts, including Fourth Quarter, Artie V y Grupo Suave and Steel Belted Radio. Feeling bummed that you can’t have a destination New Year’s? Don’t fret: Travel and Leisure ranked San Antonio as the 7th best city to ring the new year in right. Free, 5pm-12:30am, S Alamo between Market and E César E. Chávez, saparksfoundation.org. —Murphi Cook

Woodlands-born country crooner Hayes Carll is criminally under-appreciated by the general country music-loving public, but that will soon change. This year, “Chances Are,” a track from Carll’s 2011 LP KMAG YOYO, became a big hit for Lee Ann Womack, proving that his songwriting is starting to catch on. But, no one will ever deliver his smart, humorous, touching and rebellious songs like he can. Showcasing his beautifully twangy voice and fiery yet laid-back stage presence, Carll’s live show is perhaps the finest way to get acquainted with this up-and-coming country gem. $35-$90, 9pm, Sam’s Burger Joint, 330 E Grayson, (210) 223-2830, samsburgerjoint.com. —James Courtney

If you have billed yourself as one of the “Original Latin Kings of Comedy,” you might be Alex Reymundo, star of the 2010 standup special Red-Nexican. If you were featured on the first season of P. Diddy’s Bad Boys of Comedy and have toured for years as the opening act for your brother-in-law Ron White, you might just be Alex Reymundo, star of Red-Nexican. And lastly, if you have a bit about audio books that ends with you giving your wife lockjaw, you better be the star of Red-Nexican. Otherwise you’re a joke thief and an identity thief. $18.50, 8pm Thu, 7pm & 9pm Fri-Sat, 8pm Sun, Laugh Out Loud Comedy Club, 618 NW Loop 410, (210) 541-8805, lolsanantonio.com. —Jeremy Martin

For pigskin fanatics needing an extra fix during the intermission of this year’s inaugural College Football Playoff, the 22nd edition of the Alamo Bowl may be in order. The new year marks the first time in the contest’s history that two top teams will be featured, as #11 Kansas State and #14 UCLA square off. Both teams share identical 9-3 records, and average more than 33 points, so fans can expect a freewheeling double-digit game showcasing some solid talent. Jake Waters and Tyler Lockett are two to watch for the Wildcats, while Brett Hundley and Eric Kendricks seek a 10th win for the Bruins. $25-$295, 5:45pm, Alamodome, 100 Montana, (210) 207-3663, alamobowl.com. –M. Solis

Since her first release, 1972’s Freda and the Firedogs, Marcia Ball has stitched together her musical identity like a quilt made from all the best of Texas and Lousiana sound. From her comfort zone, the blues, Ball has ventured into swamp-funk, boogie woogie, R&B and zydeco, all the while guided by her impressively versatile piano skills and her raspy, world-worn voice. Join her at the Aztec this Friday as she celebrates the release of her latest effort, the explosive, sassy and largely autobiographical album The Tattooed Lady and the Alligator Man. Local piano man Lucas Jack will open. $15-$22, 7pm, Aztec Theatre, 104 N St Mary’s, (210) 812-4355, theaztectheatre.com. —James Courtney 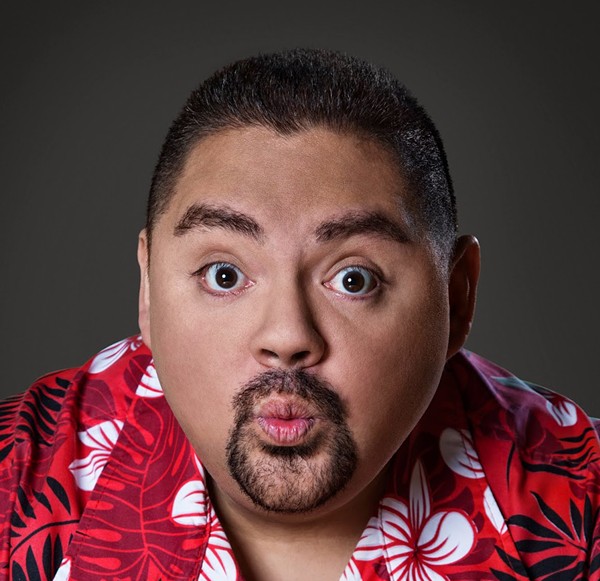 Though it may not be immediately obvious, artist John Mattson works with a “deeply personal visual language” that takes shape in abstract-leaning paintings and photographs that celebrate “the ironic, the whimsical and the beauty of the mundane.” In tandem with a 40-year career that’s involved jobs in industrial painting and sandblasting and a recent stint as preparator at the San Angelo Museum of Fine Arts, Mattson has shown extensively in the U.S. and is represented in private collections. “Uncharted Territory” sees Mattson furthering an artistic trajectory rooted in projects that seek to “trigger emotion.” Free, 6-9pm, 219 E Park, (210) 224-1227,
remgallery.com. —BR

Although Kyrie Irving garners more attention from Madison Avenue and Steph Curry receives serenades from Drake, Wizards floor-general John Wall is quickly becoming one of the most dynamic point guards in the game. Following last year’s All-Star selection, Wall has led the Wizards to their best start in years, leapfrogging contenders like the Cavs and Bulls. After a favorable early schedule, the Wizards are in the midst of a resolve-testing West Coast swing. Tony Parker relishes these types of match-ups, so despite a recent strain in his left hamstring, expect his A-game against Wall. $25-$310, 7:30pm, AT&T Center, One AT&T Center, (210) 444-5000, attcenter.com. —MS