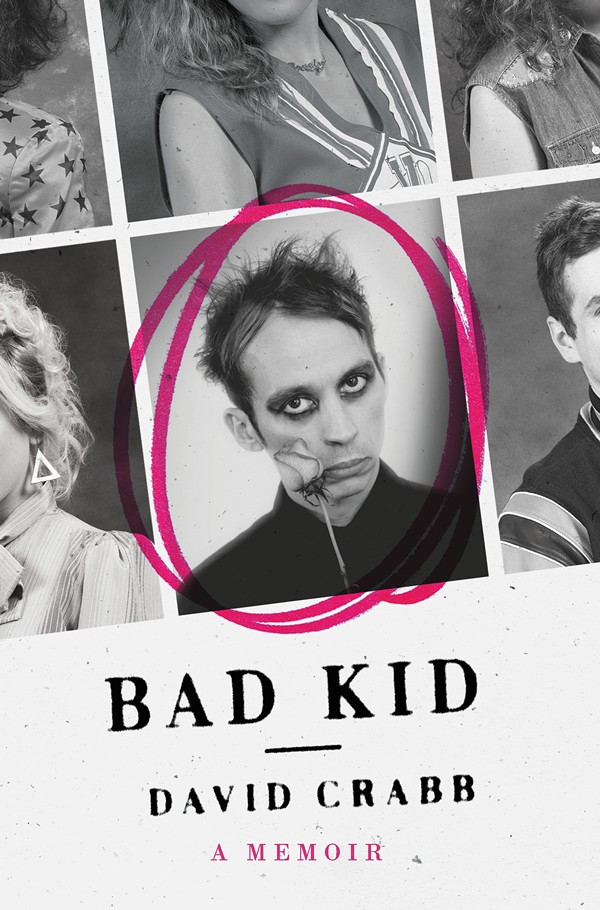 After celebrating the 25th anniversary of its annual Red Dot fundraiser with a veritable who’s who of the San Antonio art scene, Blue Star rolls out four new exhibitions showcasing anything but the usual suspects. Representing works by 21 artists selected from an open call in 2014, the summer shows explore the anti-heroes and understated places in our lives (“Everyday Is Ordinary”), technology and communication (“Transmissions”), time, history, memory and containment (“Of Reference, Of Departure, Of Origin”) and the boundaries between interiors and exteriors (“Stellar-Scape”). Free, 6-9pm Thu-Fri, Blue Star Contemporary Art Museum, 116 Blue Star, (210) 227-6960, bluestarart.org. — BR

With more than 200,000 individual verse lines, the Mahabharata is considered the longest poem ever written. Attributed to the Hindu scribe Vyasa, the Indian epic builds up to the Kurukshetra War, a mythological battle between opposing groups of cousins. Functioning as both a follow-up to AtticRep’s Forum Theatre Project in San Antonio’s sister city of Chennai, India, in 2014 and the inauguration of the company’s new San Antonio International Festival of Performance, From The Mahabharata – The Great Dance-Off spins references from the ancient poem into a narrative surrounding an artistic director of a dance company torn between styles. Directed by Roberto Prestigiacomo and featuring a cast of 14 local actors and singers, choreography by Kausi Subramaniam and Seme Jatib and original music composed by Reena Esmail and performed by SOLI Chamber Ensemble, the hybrid performance culminates with a dance-off between factions championing opposing styles: classical vs. contemporary. $18-$28, 8pm Thu-Sat, 2:30pm Sun, Tobin Center for the Performing Arts, 100 Auditorium Circle, (210) 223-8624, tobincenter.org. Through June 14. — BR

One night back in 1965, Mel Casas drove past the San Pedro drive-in cinema and saw an onscreen close-up of a woman. From where he sat, her giant talking head appeared to be eating the trees. This startling reality inspired Humanscapes, a decades-long series of paintings. The Guadalupe presents 21 of his large-scale acrylics with "Getting the Big Picture," the first of four exhibitions around town developed in tribute to the late artist’s work. “The Guadalupe wanted to honor his memory by highlighting his achievements and showing his art at its political, compelling best,” says executive director Jerry Ruiz. Free, 6-9pm Fri, Museo Guadalupe, 723 S. Brazos St., (210) 271-3151, guadalupeculturalarts.org. — Murphi Cook

If there is such a thing as a prototypical indie rock vibe, Ben Kweller is a good representative. A little punk, a tad alt-rock, low on production fuss, high on first-person emotion and individualism, Kweller’s sound, exemplified by his 13-plus releases in the last 15 years, is pure indie golden era. His surprisingly dynamic slacker rock, sharp in its own insular way after all these years, continues to defy trends and fads. In fact, 2012’s Go Fly a Kite, his most recent recorded effort, is one of his strongest albums yet. See the transplanted Austinite in action at Paper Tiger on Friday. $20, 8pm, Paper Tiger, 2410 N St Mary’s St., papertiger.queueapp.com. — James Courtney

No, they’re not named after the Hooters knockoff frequented by cutthroat Waco bikers. Nor are they named after David Lynch’s ABC cult masterwork. Well, they’re kinda named after the Lynch program. Chicago teenagers Twin Peaks hadn’t seen the great search for Laura Palmer when they began in 2009. They were just vibing on the name. Luckily, the barely-legal quartet has a better grasp on their music than they do their moniker. With 2014’s Wild Onion, Twin Peaks dropped a near-perfect guitar record for summer, the rock ‘n’ roll equivalent of the sunny brews that these four slug with abandon. With three alternating singers giving a rotation of energy, the quartet chugs through a 16-pack of faded evenings and broken hearts. With hearts-mended, or at least self-medicated, they go off on classic rock riffs without overdosing on nostalgic tropes. With Modern Vices, Rich Hands, The Bolos. $8, 9:30pm, 502 Bar, 502 Embassy Oaks, (210) 257-8125, 502bar.com. — Matt Stieb

Internationally acclaimed American pop artist Peter Max, now 77, is hitting the road with some of his best-loved, most iconic images. The artist, who in a utopia of bright hues has rendered some of our most beloved personalities and symbolic cultural signifiers into celebrated works of art, brings his selected works and himself to North Star Mall this weekend. Works will be on display and available for acquisition as the artist makes himself available for a rare meet and greet. Call the number below or email [email protected]roadshowcompany.com to RSVP (requested). Free 6-9pm Sat, 1-4pm Sun, North Star Mall (opposite The Cheesecake Factory), 7400 San Pedro Ave., (844) 377-3300, roadshowcompany.com. — JC 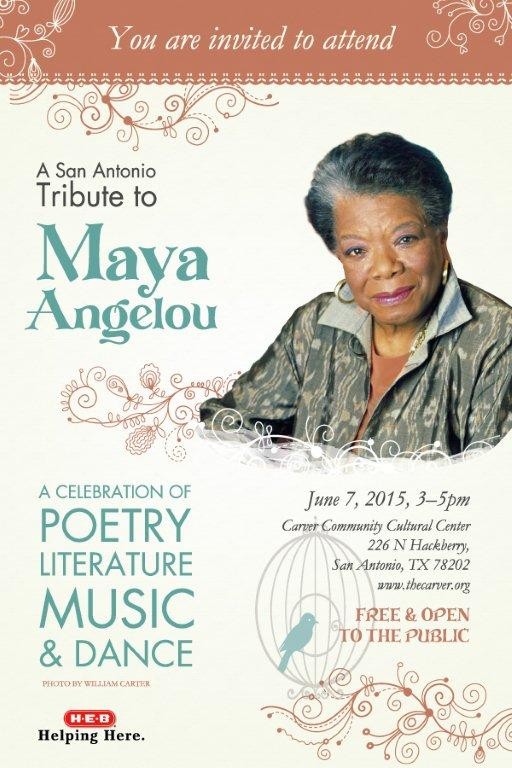 “A Rainbow In Our Clouds” is a free community event designed to celebrate and preserve the work and spirit of beloved poet, playwright, actress, author and teacher Maya Angelou. Her passing a year ago left a massive void in the literary world, but it also left us without one of our staunchest proponents for justice. Through song, dance and unique reading performances, this celebration is here to remind us of why Angelou was and is so important. Participants include Texas’ Poet Laureate Carmen Tafolla, beloved SA poet Naomi Shihab Nye, Andrea “Vocab” Sanderson and many others. Free, 3-5pm Sun, Carver Community Cultural Center, 226 N. Hackberry St., (210) 207-7211, thecarver.org. — JC