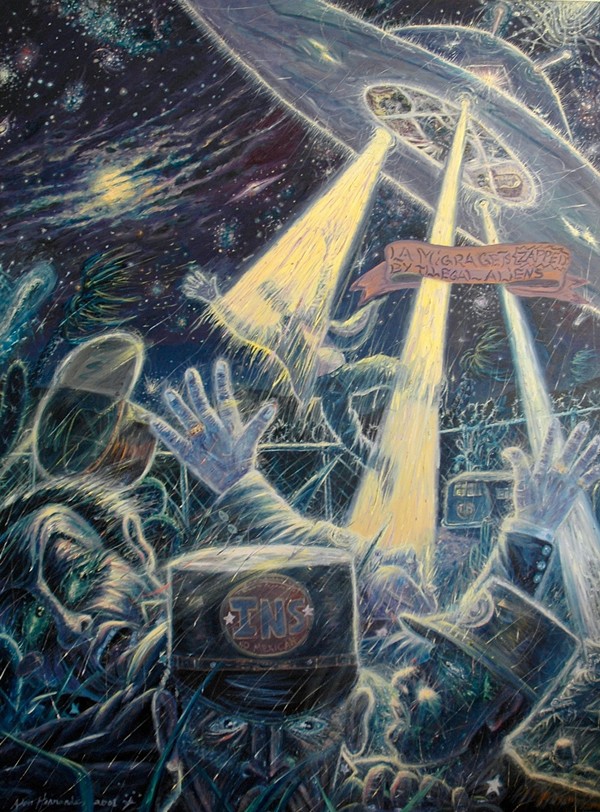 As an independent curator, Ruben C. Cordova made a memorable statement in 2015 by staging a four-venue retrospective compiling nearly all 150 large-scale paintings in late Chicano artist Mel Casas’ epic Humanscapes series. Host to the earliest portion (dubbed “Sex and Cinema with Mel Casas, 1965-1968”), Justin Parr and Ed Saavedra’s FL!GHT Gallery now opens the doors to “Cordova’s Cabinet of Curiosities,” an exhibition and sale of works the art historian, photographer and educator collected over several decades. In addition to paintings, photographs, memorabilia and Día de los Muertos objects, the items up for grabs include “rare and not-so-rare” Mexican, U.S. and Belgian posters for such films as Blade Runner, Goldfinger and Creature from the Black Lagoon. Free, 7-10pm Thu, FL!GHT Gallery, 134 Blue Star, (210) 872-2586, facebook.com/flightsa. — Bryan Rindfuss