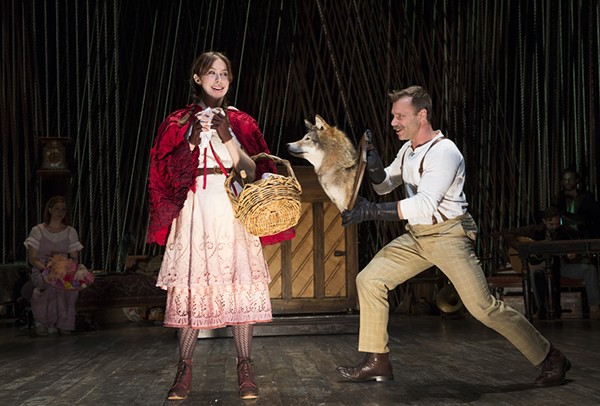 The musical Into the Woods is now so well-known — particularly after Meryl Streep’s Oscar-nominated turn in the movie adaptation — that Forbidden Broadway’s delicious parody has even more bite: Into the Words. That’s because James Lapine and Stephen Sondheim’s Into the Woods has always been about words, stories and story-telling: it’s a mashup of several fairy tales tied together by the thread of a childless baker and his wife. Fiasco Theater’s acclaimed revival — which eventually landed Off Broadway — strips away the artifice and grandiosity of other productions and, with just one piano and a nimble cast of 10, puts the emphasis back on the words that communicate wisdom, and even solace, from one generation to the next. Into the Woods has just one stop in San Antonio: miss it, and it will disappear … like magic. $31.60-$94.50, 7:30pm Thu, Tobin Center for the Performing Arts, 100 Auditorium Circle, (210) 223-8624, tobincenter.org. — Thomas Jenkins