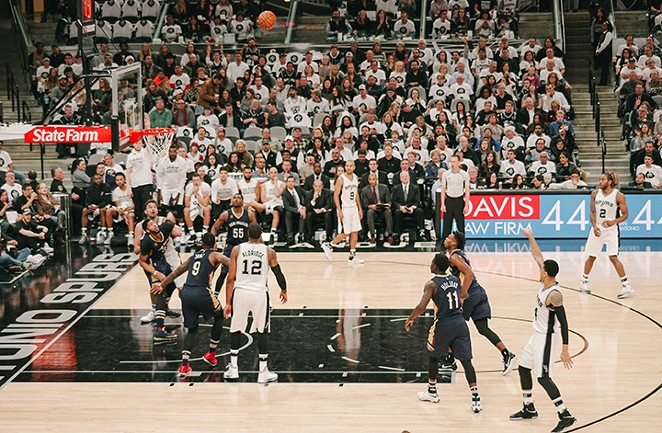 By recently dealing mercurial forward DeMarcus Cousins to New Orleans, the lowly Kings began the Buddy Hield era in Sacramento. A 6-foot-4-inch gunner from the Bahamas, Hield captivated college basketball, winning major individual accolades in his four seasons at Oklahoma. Although his game is still adapting to the speed and physicality of the NBA, Hield’s scoring average has jumped by five points since joining the Kings. On the other side of the ball, Kawhi Leonard continues to make a strong push for the league’s MVP award with sensational crunch time plays. Leonard’s overlooked offense has lifted the Spurs to victory in a string of tight contests, while his defense continues to draw comparisons to the all-time greats. If the Spurs overtake the Warriors in the standings, the Maurice Podoloff Trophy should join Leonard’s already impressive collection of NBA hardware. $15-$1,600, 6pm Sun, AT&T Center, One AT&T Center Pkwy., (210) 444-5000, attcenter.com. — MS