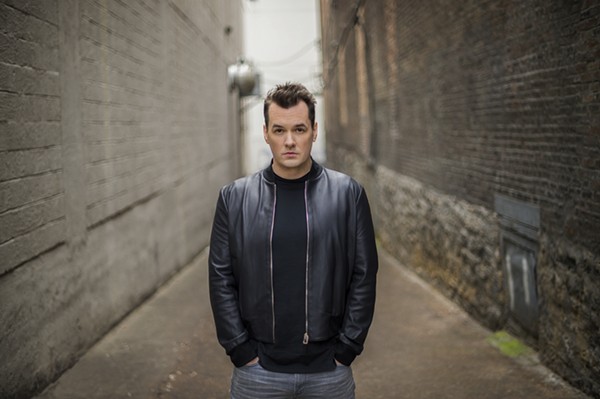 Seemingly stronger with each passing year, the legacy of slain Tejano icon Selena Quintanilla-Pérez thrives in the modern era, inspiring heartfelt tributes, imaginative fan art, big-name covers (by everyone from Solange to Bruno Mars), diverse impersonations and even a MAC cosmetics line prompted by an online petition. Adoring fans celebrate her birthday, observe the anniversary of her death and bond over a shared disgust for incarcerated murderer Yolanda Saldívar. Filmed partly in San Antonio and released two years after her untimely death, Gregory Nava’s 1997 biopic Selena spread the native Texan’s inspiring story and timeless songs to a global audience while her chart-topping crossover album Dreaming of You was still in heavy rotation. Likened by Variety to both “a contemporary fairy tale with an unhappy ending” and a “sentimental, rose-colored portrait,” the film may not be perfect but still stands the test of time as a major peg in the Selena timeline. Inciting a ripple of online excitement, Selena’s widower Chris Pérez recently watched the movie for the first time since its release, “reviewing” it via Facebook posts that pointed out inconsistencies but also applauded then-rising star Jennifer Lopez for a convincing performance. Likely to inspire spontaneous singing and cries of “Anything for Selenas,” Slab Cinema and the City of San Antonio’s free outdoor screening is one of several events timed to coincide with the film’s 20th anniversary. Free, 7:30pm Fri, La Villita, Arneson River Theater, 418 Villita St., (210) 207-8614, slabcinema.com. — Bryan Rindfuss

Although certain Contemporary Art Month exhibitions carry over into April and beyond (there’s still plenty of time to take in standout shows like “Reflections on Landscape and Memory” and “Ángel Rodríguez-Díaz: A Retrospective, 1982-2014”), the citywide celebration familiarly known as CAM officially draws to a close on Friday with an outdoor shindig in the Linda Pace Foundation’s quaint CHRISpark. Three decades strong, CAM made some important tweaks this year, including roping in San Antonio institutions — SAMA, the McNay, Artpace, Blue Star Contemporary, Southwest School of Art, Guadalupe Cultural Arts Center and the Carver — to weigh in on all but one of the winners of the CAMMIE Awards. Previously determined exclusively by online voting, these decidedly niche awards recognize outstanding projects and concepts with trophies created by local creative hub Make San Antonio. (Contemporary art fans can still vote for their favorite “artwork, exhibit or event” in a Best of CAM category through midnight on March 30.) Doubling as the closing reception for the Spare Parts Mini Art Museum’s new printmaking show “Fine Print” (featuring limited editions of wee works by Amada Claire Miller, Michael Menchaca, Jennifer Ling Datchuk and more than a dozen others), the free, family-friendly affair enlists local performer Rick Frederick as emcee and tempts guests with shakes from HoneySuckle Teatime and beer, wine and cocktails courtesy of Bellion Spirits. Free, 6-8pm Fri, CHRISpark, 111 Camp St., (210) 630-0235, contemporaryartmonth.com. — BR

If “25 Or 6 To 4” doesn’t get you shakin’ your tail feather, rock and roll just might not be for you — or at least the Chicago brand of rock. In a 2009 interview, founding Chicago member David Lamm said, “Some of the guys in Earth, Wind & Fire said to me, ‘I know you were doing acid when you wrote that song!” (He also denied that acid had anything to do with it.) A song about writing a song, “25 Or 6 To 4” showed up on the eponymously named album Chicago, (sometimes referred to as Chicago II) after the band was forced to shorten their name from Chicago Transit Authority to simply Chicago. Starting out as the opening act for rock and roll legends Jimi Hendrix and Janis Joplin, Chicago rose to fame through the 1970s with their blend of jazz fusion and rock that would eventually earn them a position in the Rock and Roll Hall of Fame. With nearly a half century of shows under their belt, Chicago remains one of the longest-running rock and roll acts in the history of the genre. $48-$88, 8pm Fri, The Majestic Theatre, 224 E. Houston St., (210) 226-3333, majesticempire.com. — Chris Conde

The art of tattooing one’s body is a phenomenon that has been practiced by many cultures for many purposes, starting as early as the Neolithic time period. In ancient Egypt, tattoos were used to mark status, to heal or even to punish. In Paleolithic Japan, tattoos were spiritual and decorative. In 1980s-era Britain, tattoos became a symbol of wealth. Today tattoos are used by the masses for countless reasons — including self-expression, individuality and commemoration. For 12 years, the Alamo City Tattoo Show has been providing professional inkers an opportunity to showcase their art and talents. Organized by and for members of San Antonio’s growing tattoo community, the three-day expo consists of 54 different booths, vendors, contests and more than 40 participating artists. $20-$40, noon-10pm Fri-Sat, noon-8pm Sun, Hilton Garden Inn, 8101 Pat Booker Road, (210) 659-6629, alamocitytattoo.com. — Kimberly Rivera Were you a high schooler in the ‘80s with rich parents and a social life full of hella dramatic mischief that would always resolve itself in a clean 96 minutes? Probably not — but whatever scenario the characters in all those John Hughes movies found themselves in, the soundtrack that scored said drama was usually pretty amazing. So go figure Hughes would name one of his signature films, Pretty In Pink, after one of the main shapers of that definitive ‘80s post-punk sound: The Psychedelic Furs. While they formed alongside new-wave counterparts like Echo and The Bunnymen and Modern English, the Furs still carved out their a distinct sound, incorporating hints of moody Cure- and Smiths-like indie pop and rock. Today, they remain a stellar example of that special, eclectic fusion embodied in so much of the ‘80s aesthetic. Also on the bill: Robyn Hitchcock. $27, doors at 7pm Sat, Paper Tiger, 2410 N. St. Mary’s St., papertigersa.com. — CC

Personified, the rapidly changing face of stand-up comedy circa 2017 might look a little bit like Lisa Lampanelli. The self-crowned “Queen of Mean” rose to royalty through her memorable appearances on Comedy Central Roasts (of Hugh Hefner, Larry the Cable Guy and the current President of the United States), where she dished out vulgar takedowns of everyone in sight but saved some of her best slams for herself. Her stand-up act turns her savage sights on the audience itself — Don Rickles style. But Lampanelli recently took a break from rapid-fire insults to write and star in Stuffed — a Women’s Project Theater-produced stage play about eating disorders and, surprisingly, self-acceptance. She came out of roast retirement in October on Howard Stern’s show to prove she can be just as offensive as ever, but the insightful storyteller who’s emerged in her play and her appearance on The Moth probably won’t be silenced on stage, even by the Queen herself. The audience will probably remain as unsafe as ever. $39.50-$59.50, 8pm Sat, Charline McCombs Empire Theatre, 226 N. St. Mary’s St., (210) 226-3333, majesticempire.com.
— Jeremy Martin

A new exhibit from Kari Breitigam, “Natural Abstractions” is a collection of textile pieces that are dyed, manipulated, and arranged by the Houston-based artist. Working from a background in both painting and fiber art, Breitigam is able to use the depth, textures and tactile nature of various kinds of fabrics, combined with an astute application of color, to create a painterly feeling in her work. Drawing on personal experiences of moving around the country — she’s from Ohio and did graduate work in Indiana before settling in Houston — Breitigam aims to capture “little snippets of serenity and create abstracted personal pieces of the overwhelming vastness of our world.” Her works, which seem both strange and inviting at once, are testaments to the fact that “There is something terribly lonely about nature.” Free, 6-9pm Sat, Mantle Art Space, 714 Fredericksburg Road, (210) 971-4740, mantleartspace.com.
— James Courtney

Inspired by the nationwide observances of Black History Month (February) and Women’s History Month (March), the Academy of American Poets claimed April as National Poetry Month back in 1996. Now billed as “the largest literary celebration in the world,” the initiative posts thousands of events on its online calendar and also champions poetry in the information age through signature programs such as Poem in Your Pocket Day (which encourages participants to choose a poem, carry it with them and share it with others on April 27), Dear Poet (a multimedia education project that tasks students with writing responses to contemporary poems) and Poem-a-Day (a free, digital subscription service available via poets.org). Initiated in 2009, the City of San Antonio’s National Poetry Month calendar (online at getcreativesanantonio.com) comprises workshops, readings, open mics and recurring events like “Voices and Vibes.” Presented by the interfaith organization Celebration Circle, the monthlong series brings together award-winning poets for readings “interwoven with lively music.” Hosted by SAY Sí, “Voices and Vibes” kicks off Sunday with a spotlight on Lahab Assef Al-Jundi — a San Antonio-based Arab-American poet whose work has been described as “both political and personal” — and continues weekly with readings from Naomi Shihab Nye (April 9), Lesléa Newman (April 23) and Amanda Flores (April 30). Free, 11am Sun, SAY Sí, 1518 S. Alamo St., (210) 837-2866, getcreativesanantonio.com. — BR