Veteran comic man Bob Layton is credited with saving Iron Man from the trash heap, reinvigorating the then-struggling comic series in the 70's and 80's with a new take on Iron Man/Tony Stark. Layton is credited with "Demon in the Bottle" storyline, which established Stark's alcoholism, considered among the greatest comic story lines of all-time. He's also co-credited with the creation of other major Iron Man characters, including James Rhodey/War Machine — now an official Avenger in the MCU — as well as industrialist Justin Hammer, who we promise is a much more compelling villain in the books than he was on screen in Iron Man 2. And all of Tony's specialized Iron Man suits. You can thank Layton for that.  He's called the quintessential Iron Man artist. When people think Iron Man, they think Robert Downey, Jr., but Layton is as much Iron Man as the actor who portrays him onscreen.

We love you, Elisabeth Shue, but there's only one Jennifer Parker (Marty McFly's girlfriend) in the Back to the Future series. That's Claudia Wells, who portrayed the character in the original film. (Shue replaced Wells for parts 2 and 3 because Wells was unavailable.) For the 30th anniversary of the original film, Wells joins James Tolkan, who played Hill Valley High School authoritarian hall monitor Gerald Strickland, to talk about the iconic 80s time travel adventure.

With next year's release of The Suicide Squad, you'll want to familiarize yourself with one of its stand-out characters, if you're not already. Harley Quinn, the Arkham Asylum psychiatrist who fell madly in love with the Joker, was supposed to be a minor character when she was introduced on Batman: The Animated Series in 1992. But the Joker's sidekick made such an impression with fans that she made her way to the pages of DC Comics, ultimately earning herself a second ongoing series in 2013. The Harley Quinn series transformed her from an insane villain to an antihero and expanded her world outside of her association with the Joker and Batman. Harley Quinn illustrator Chad Hardin takes the stage to talk about the character. 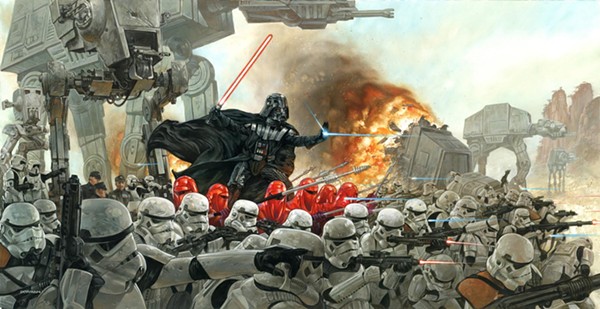 Eisner award-winning illustrator Dave Dorman and photographer/illustrator Scott Harben have made a name for themselves for their art inspired by the Star Wars Universe. Dorman, whose work includes the Star Wars series for Dark Horse Comics, has been voted "The #1 Star Wars Artist of All Time." Harben, who has contributed work to various Lucasfilm/Star Wars projects, has shown his work at the the Star Wars Celebration art show. The two will share insight on the artistic portrayal of the iconic characters and worlds of Star Wars.

As someone who is unfamiliar with the novels in which HBO's Game of Thrones are based on, let me say this: If George R.R. Martin ever kills off the character of Hodor, so help me god, I will end him. (Not really, but seriously, George, don't.) Kristian Nairn, who portrays the childlike, lumbering giant on the series, has endeared GoT fans by bringing depth and charm to a character who utters only one word. Hear Nairn actually say something besides "Hodor" during this panel. And don't forget, he's spinning at the official Alamo City Comic Con after party, Rave of Thrones. Because when he's not carrying Bran beyond the wall, he's touring the world as an international electronic music DJ. Read our interview with Nairn here. 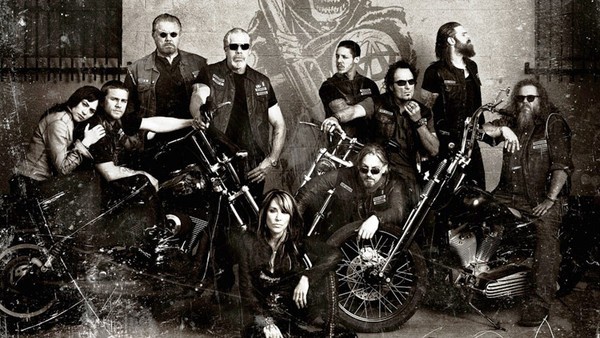 FX's crime drama Sons of Anarchy, about a California biker gang, concluded its seven season run last year. This year at Alamo City Comic Con, eight cast members — Ron Perlman, Ryan Hurst, Tommy Flanagan, Kim Coates, Mark Boone Junior, Emilio Rivera and Michael Ornstein — will reunite on the stage of Ballroom B too look back at the show that brought biker culture back into the zeitgeist.

Normally the artwork on a traditional deck of lotería cards showcase bright, rudimentary renderings of the people and objects each card represents. But San Antonio's John Pacacio, a two-time Hugo Award-winning illustrator, is working to release his own set with richly detailed art done in his trademark sci-fi/fantasy style. (The San Antonio Current wrote about the project last year.) Get a look on Pacacio's take on loteria, as he leads an hour-long session of the classic Mexican game. Yes, there will be prizes. 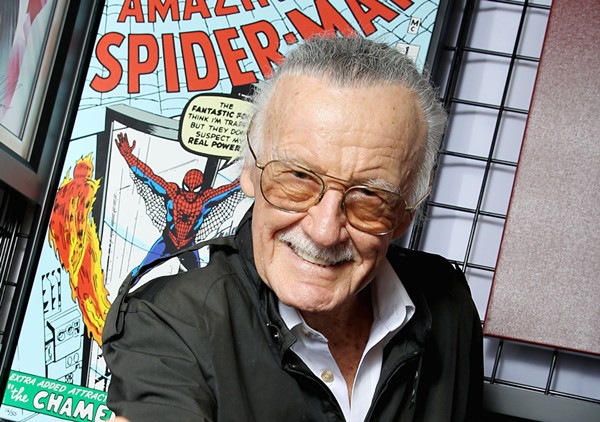 Do I even need to explain why you should attend this panel? Stan Lee, Marvel mascot and co-creator of iconic characters such as Spider-Man is back as Alamo City Comic Con. Just get your butt in a seat and Marvel at his presence. You wouldn't even be at Alamo City Comic Con had he stuck to writing obituaries.

Most attending the Edward James Olmos panel would probably want to hear him talk about his roles as Commander William Adama in Battlestar Galactica and Agent Robert Gonzales in Marvel's Agents of S.H.I.E.L.D. I, on the other hand, want to hear him talk about Stand and Deliver and his Academy Award-nominated portrayal of Jaime Escalante who taught AP Calculus to a bunch of vatos in the hood. That film was amazing, but not as amazing as that combover.

Timothy Lim, illustrator and owner of NinjaInk, Inc., specializes in martial arts and crafts. He's known "King of the Shirts," because fanboys and girls clamour for his T-shirt designs, which feature 80's nostalgia and clever pop culture parodies. His print illustration for the 2014 Alamo City Comic Con — portraying iconic DC and Marvel superheroes drawn in the style of King of the Hill, standing in front of the Shrine of Texas Liberty —  is so many levels of amazing. Check out his designs for this year's ACCC here, plus more of his past work. Once your become a fan, head on over the NinjaInk online store so he can take your money.

Other Panels To Check Out