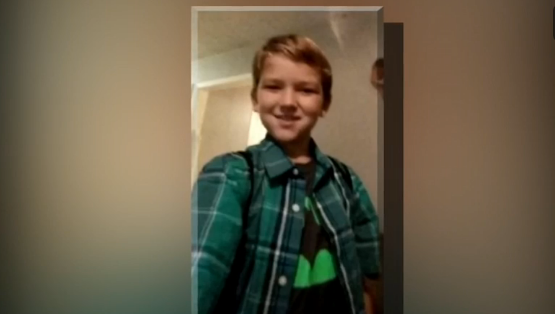 When 10-year-old Kayden Culp was first taken to the hospital with first- and second-degree burns all over his body, his mother told police and media her son had been playing near a Kerrville Park with a few other kids who decided to douse him in gasoline and light him on fire.

By the next week, police officials in Kerrville managed to make the episode seem less cruel by saying it was just an accident, that the boys had built a fire inside a vacant shed and had inadvertently splashed some gasoline onto Culp. Still, two of those other boys (who have remained unnamed since they're a juveniles) were charged with arson.

Then this week, the Kerr County Fire Marshal's Office finished its investigation into the incident, leading to yet another charge against one of the kids that would seem to imply Culp's burning wasn't so accidental. As the Express-News first reported, on Wednesday prosecutors filed an aggravated assault with a deadly weapon charge against one of the kids who'd already been accused of arson.

The burned boy's parents have said all along that he has insisted what happened to him was intentional. To prove aggravated assault with a deadly weapon, prosecutors have to show that crime was committed intentionally, knowingly or recklessly – basically, either it was intentional or the boy should have known what would happen when he splashed gasoline in front of an open fire. The attorney for the 12-year-old boy who now faces two charges told the E-N the new assault charge was a "surprise," saying police reports already say it was an accident.