By San Antonio Current Staff
Share on Facebook
Tweet
Submit to Reddit
Email
The Valley is a world of its own, as is San Antonio. So when those two worlds come together (kind of), what happens? RGV natives living in SA know.
OF 15
PREV NEXT

We talk all the smack we want about our hometowns, but get super defensive when someone who’s not from there tries to do it — especially in SA.
Double the fury if they say “Oh, it’s okay, I’m from the Valley too” when they only lived there for, like, two years.You don’t get to claim a place for some kind of weird cultural street cred just to dump on it two seconds later.
Photo via Twitter / normanokay
We’re used to getting a puzzled look when we tell people we trust gas stations with our tacos.
Stripes tacos are the best, and the ladies of the Laredo Taco Company know how to roll out chingos of handmade flour tortillas in time for the early morning rush. Give the Q taco a try when you get the chance, it’s so worth it.
Photo via Instagram / la_moshimoshi
You appreciate no longer bumping into people you know or are probably related to every time you go out.
No matter where you go in the Valley, chances are you’ll come across someone you know. Depending on your mood, this can either be charming or super annoying. The day you try to make a quick stop at H-E-B looking all tirada is when you see your ex, someone you hated in high school and the annoying tio that talks too much all in the same visit. Moving to a huge city like SA is a welcome break from that fear.
Photo via Instagram / alysssamdl
You come to find out that there’s apparently a “Valley laugh” that is 100% accurate.
There’s a quick flash between “what laugh?” and the “AHHHH” that follows it where we realize we basically have our own branded laugh, and actually love it. You think of all the other Valley transplants that made it up here before you did, just “AHHHHing” all over the place enough to leave an impression. And by now, you know to go to the South Side to hear it.
Photo via Twitter / amandaatrev
You feel intense pride when a Valley business makes it up to SA.
Brownsville’s El Ultimo Taco won Best Tacos at the Texas Taco Showdown; Delia’s Tamales will be opening their first restaurant outside of the RGV in San Antonio next year. Orale fam, we made it!
Photo via Instagram / deliastamales
You can make it pretty damn far across the Valley in the amount of time if takes you to get from one end of this mamalon city to the other.
You could cut across three small towns in the Valley in the time it takes to get from the South Side to the Northwest Side. The struggle in SA is so real.
Photo via Google Maps
We think it’s a little odd that San Antonio is considered South Texas instead of Central Texas.
It looks more like San Antonio is the Southernmost part of Central Texas. SA can try to claim it, but Valley natives know the difference.
Photo via Twitter / SouthTXproblems
The palm trees on 77 will (hopefully) always be there to greet you after the 3-4 hour drive home.
You spend a lot of the drive appreciating the huge empty fields after having acclimated to the SA skyline. As soon as you see a palm tree in the distance, you start to feel the Valley's warm embrace and realize you're almost home.
Photo via Instagram / kw_troy210
You miss getting your weather forecast from Tim Smith.
This absolute G has spent a large part of our lives either letting us know it was going to be hot as hell outside or encouraging us to donate to "Tim's Coats" close to the holidays. After a while up here, you kind of start wanting one of Adam Caskey's sick ass thermometers.
Photo via Twitter / vanmgar
When you meet someone who’s never heard of the Valley, like a transplant from elsewhere, you bring up SPI.
It’s the place you drive through to get to South Padre Island, or if you’re from Brownsville, the actual tip of Texas.
Photo via Instagram / visitsouthpadreisland
Skip ad in
It takes a hot minute for you to find new taco spots or Mexican restaurants that remind you of home.
It takes a tiny bit of exploring to find a Mexican restaurant that doesn’t serve pita-style tortillas, or refried beans that have a whisper of bean-dip flavoring. You start to feel a bit more settled in once you have the good spots nailed down, and can’t wait to show your family when they come to visit.
Photo via Twitter / elmilagritocafe
Driving in the Valley when visiting home is also a part of the vacation experience
Visiting home always reminds us to appreciate the little things, like not having to pass by major accidents at least four times a week or getting stuck on the expressway. Peak traffic in the Valley is comparable to early Sunday morning driving up here, so it’s really nice to get back and loosen up on the steering wheel a bit.
Photo via Instagram / vdub_mario
Realizing that San Antonio “Super Tacos” are basically our breakfast tacos.
Our breakfast tacos have the kind of girth to cover an entire plate. Some visitors accidentally order two their first time around and are in for quite a surprise.
Photo via Instagram / inga_hdz
You miss hearing certain phrases when you’re up here.
It’s not how everyone down there speaks, but you run into “Simon, guey!” or “Alchile que si” with much more frequency. Sure, you can find folks who use this lingo on the regular here in SA, but there’s some areas where you’ll never hear it. That’s the case in the UTSA area, which is where a lot of young Valley transplants end up.
Photo via Twitter / Jizzyjuice
You feel all betrayed when you visit the Valley for the first time in a while and don't recognize any of the newscasters.
Who are these people and who let them into the house?!
Photo via Twitter / MaryAnnaBananaa
More slideshows 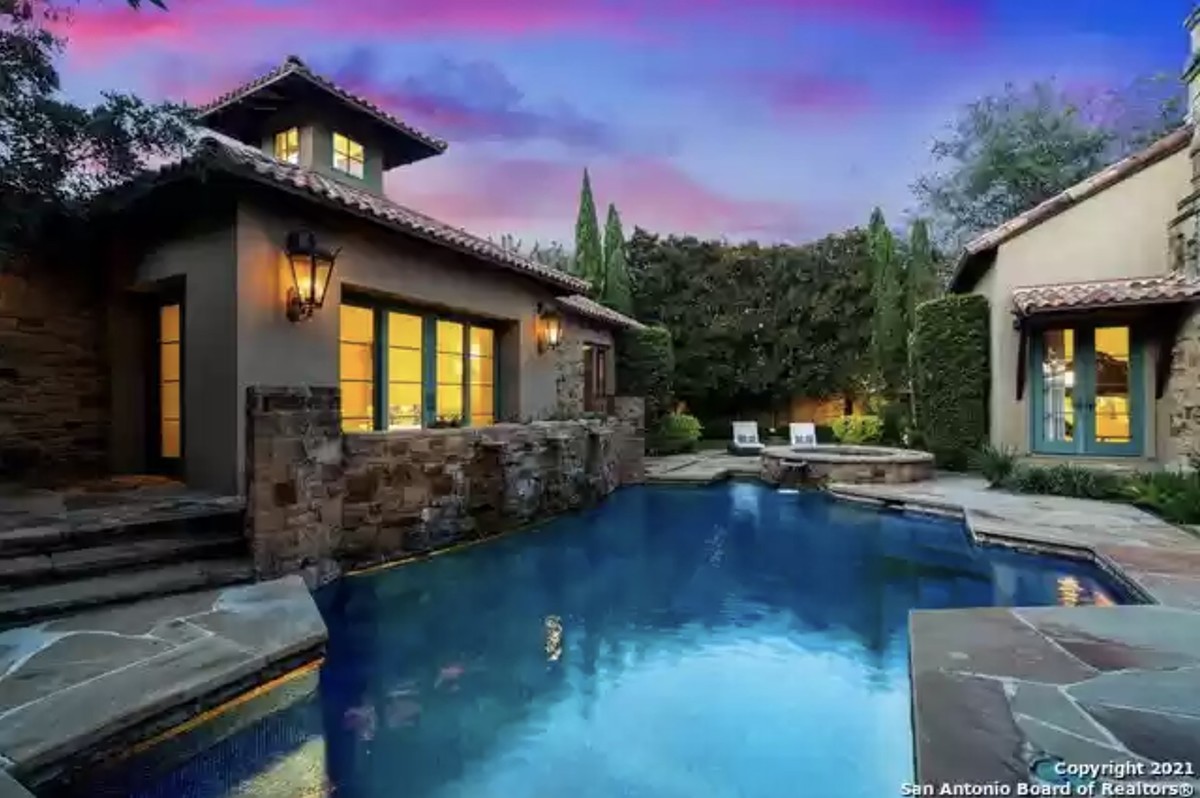 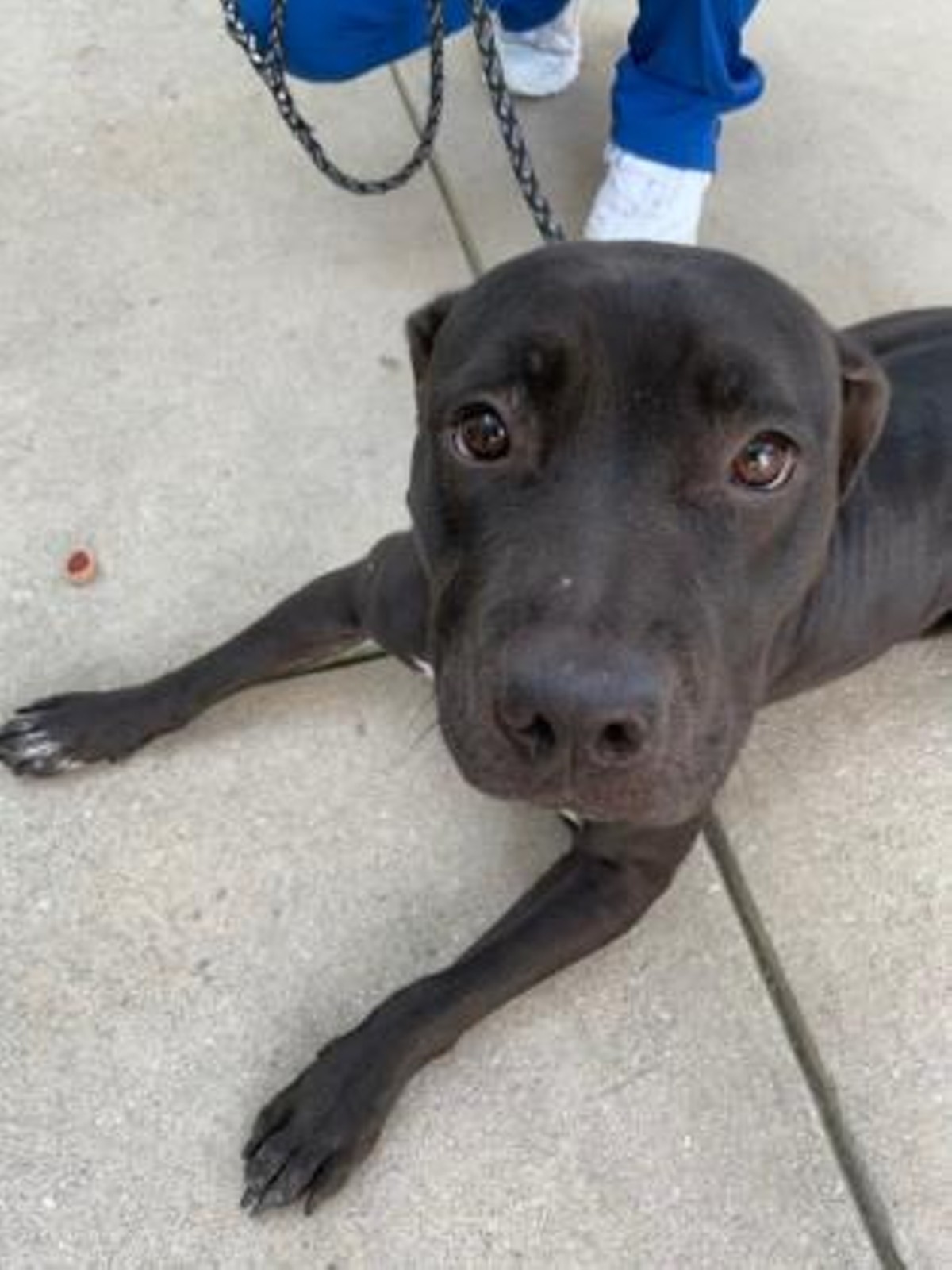 These impossibly adorable dogs and cats are available for adoption right now in San Antonio
Kelly Merka Nelson40 images
1/15
We talk all the smack we want about our hometowns, but get super defensive when someone who’s not from there tries to do it — especially in SA.
Double the fury if they say “Oh, it’s okay, I’m from the Valley too” when they only lived there for, like, two years.You don’t get to claim a place for some kind of weird cultural street cred just to dump on it two seconds later.
Photo via Twitter / normanokay
Play Slideshow