1986 Called and Want Its Tour Back: Bon Jovi and Bryan Adams Will Hit San Antonio This Summer 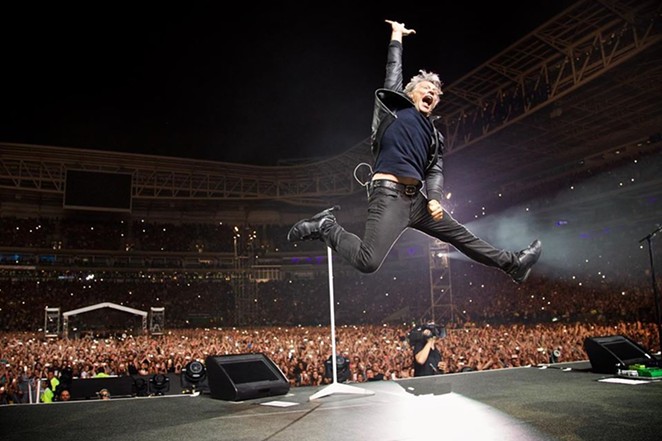 Talk about a blast from the '80s past. New Jersey pop-rocker Bon Jovi is headed to San Antonio this summer with “Summer of ‘69” singer Bryan Adams in tow.

The pair will play the AT&T Center Tuesday, June 23.

Bon Jovi is touring in support of new album Bon Jovi 2020, which will be included in every ticket purchase.

What really else can be said about the two headlining acts that we don’t already know? Both managed to keep their careers alive when many fellow '80s artists are lucky to string together club tours, they’ve both won Grammys and they both know how to hammer out a stadium-worthy ballad.

Tickets go on sale Friday, January 24 at 10 a.m. and can be purchased at attcenter.com.