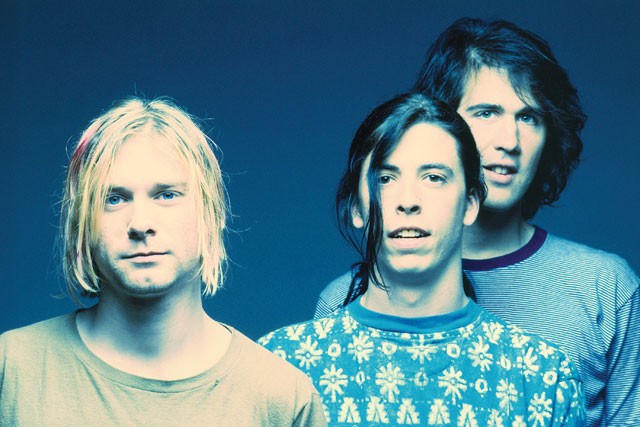 “[In 1991] rock music wasn’t really happening,” Nirvana bassist Krist Novoselic told Spin. “There were these beachheads — Faith No More, Jane’s Addiction — these alternative rock bands that weren’t the Sunset Strip look and sound. They had songs on the radio and videos on MTV. They broke the ground, but Nevermind was in the right place at the right time, and the right record. It blew the whole lid off of what was called ‘alternative music,’ which is a label I never liked. Even ‘grunge’ was way better [of a label] than ‘alternative’ music.”

Call it rock, punk, grunge, anything you like. But the album’s impact is felt to this day, and the 20th anniversary Geffen/Universal reissues scheduled for September 27 are a good reason to go back to a key album that touched a nerve in the history of rock and in the lives of countless musicians in San Antonio and worldwide.

“Everyone knows about the impact that the album had at the time, but it’s cool now to just listen to it as a collection of great songs,” said Bryan Foster, from the Offbeats. “[The hooks are] something that we have always tried to incorporate in our songs, and I think it comes directly from listening to Nevermind as a kid. There’s a lot of distortion and screaming, but it’s also stuff you can hum to your children. Kurt Cobain could mix power and melody in amazing ways.”

Pop Pistol singer Alex Scheel was “afraid” of the album at first.

“I think most things I’m initially afraid of are things I love most,” he said. “For some reason, my mother adored Kurt Cobain and would tell me that I was going to play guitar just like him, but I wanted to be a paleontologist, so I rejected that idea.” He would re-discover the album at age 13, when the family would take trips and Nevermind was the only music they’d play.

“[The album] always reminds me of the dusty fields of drought and crossing the threshold of water and land,” Scheel said. “The guitars are ideal and the voice made me know that there is magic that can leap out of the throat into the hearts of anybody — mother or sister or son.”

Even those too young to understand at first were able to appreciate the album’s (and the band’s) magic later on.

“I wasn’t cool enough to listen to Nirvana in 1991,” said Nicolette Good. “I was six years old and just discovering Raffi. I did see reruns of their MTV Unplugged appearance as a teenager, though, and fell in love with Kurt Cobain’s songs that way. Nirvana reminds me that writer’s block is no excuse — people love nonsense as long as it moves you.”

The album also had a strong impact in Argentina, historically one of the strongest Spanish-language rock markets in the world. “Nevermind’s influence in Argentine rock transcends styles,” said Humphrey Inzillo, editor of Rolling Stone Argentina. “From La Renga’s proletarian, suburban rock, to Charly García’s dyed hair as a tribute after Cobain’s suicide, there are legions of Argentine musicians who still find inspiration in the trio.”

Nevermind debuted at number 144 in the Billboard charts, and two months later it reached number 35. Helped by constant radio and MTV rotation of “Smells Like Teen Spirit,” the album finally reached the number one spot on January 11, 1992, replacing Michael Jackson’s Dangerous. To date, according to SoundScan, it has sold more than 25.6 million copies in the U.S. alone and more than 30 million worldwide.

For all of its undeniable popular and cultural impact, and despite mostly glowing reviews, the music establishment took its time to embrace the album. Nevermind only got two nominations at the Grammy Awards: in 1992 the album lost the Best Alternative Music Album award to R.E.M.’s Out of Time, and the following year “Smells Like Teen Spirit” lost to Eric Clapton’s “Leyla” as Best Rock Song. Nirvana’s only Grammy award finally came in 1996, when the MTV Unplugged in New York won the Best Alternative Music Album award, beating Björk, The Presidents of the United States of America, PJ Harvey, and Foo Fighters (led by Nirvana’s drummer Dave Grohl).

True, MTV had a big part of Nevermind’s success. But, ultimately, the combination of perfect pop songs executed with raw power by a band at its prime, and great production and engineering, are the ultimate reasons for Nirvana’s explosion. The band’s success was so profound that, unlike what happened to Green Day with Dookie in 1994, with Nirvana’s first major label album no one really cared the “punks” had gone to bed with the enemy. It was just too good.

“We didn’t do anything,” Geffen president Ed Rosenblatt once told the New York Times. “It was just one of those ‘Get out of the way and duck’ records.”

Play it today and you still have to duck. • Phanie Diaz
Girl in a Coma

“Nirvana is the reason Jenn [Alva] and I met. After Kurt’s death, I was reading a magazine about him in middle school art class and Jenn asked me if I liked Nirvana. Then we found out we both played and decided to jam together later that week. We would listen to Nirvana’s Nevermind among other records for inspiration. We still do even to this day.” “The thing that influenced me (and our band’s music) the most about Nevermind is the hooks. It’s probably the ‘hookiest’ album that has ever been made. The songs all jump out and grab you. ‘Drain You,’ ‘On A Plain,’ ‘In Bloom,’ ‘Lithium’ … they could have been Beatles’ songs. As far as rock and roll albums go, [Nevermind is] still hard to beat.” “Nevermind meant to me that the underground scene I had been part of for a decade was now in the mainstream. It was kind of bittersweet. On the one hand, it offered some validation and it was nice to see a group that was part of the same circuit I was in really make it, but on the other was the realization that it probably had more to do with David Geffen needing a new vehicle to market blue jeans with than anything else.”

“The emergence of Nirvana pretty much ended the hair band gravy train that I was riding on with Dangerous Toys, which always seemed somewhat superficial to me anyway, and brought with it a much needed ‘fuck you’ to the mindless noodle-headed guitarists of my day. It was the end of an era and a cue for me to sober up and move on with my life and let the new punks on the musical block take over.” “When it came out I was 6 and I was afraid of it. I found Nevermind again at the age of 13 in a tape I found. In the summer we would drive to the beach and it would be the only music playing for the entire trip.”