20 Years Later, Everclear's 'So Much for the Afterglow' Still Shines 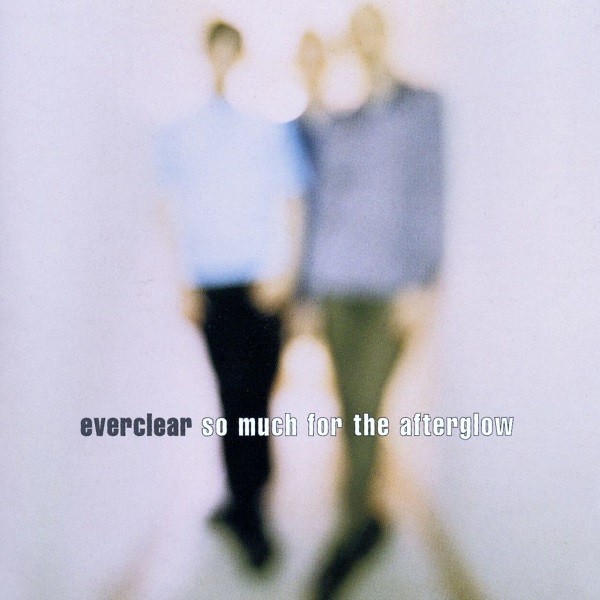 No, hipsters, I am not being tongue-in-cheek with that headline.

So Much for the Afterglow (SMFTA), Everclear's 1997 follow up to its surprisingly successful debut Sparkle and Fade, really is among the defining albums of the 1990s. Part of that awkward, post-grunge, TRL phase of rock music, SMFTA was disarmingly direct and impossibly romantic all at once, painting a dingy portrait, in glossy definition with frayed edges, of an outsider's daydreams and nightmares. It sure beats the hell out of nu-metal. Though propped up by the well known hits (straight-up classics now) like "Father of Mine," "Everything to Everyone" and "I Will Buy You A New Life," and boasting some quality deep cuts like the title track and "Why I Don't Believe in God," the album is most striking taken as a whole. It is melodic, jangly, occasionally grungy, oddly and subtly rockabilly (in only the best of ways), and lyrically poignant yet easily-accessible. It is alternative pop-rock par excellence.

The album deals openly with such serious topics as domestic abuse, poverty, addiction, divorce, isolation, anxiety, consumerism, and more, all the while coating everything in an almost eerie So Cal sheen. With the album turning twenty this year, the band, led as always by singer, songwriter, and multi-instrumentalist Art Alexakis, is on the road, playing the album in full at a big run of anniversary shows. Since this tour will bring Everclear, as well as fellow 1990s nostalgia acts Fastball and Vertical Horizon, to our back yard, I caught up with Alexakis over the phone to discuss the album and its legacy.

So far, according to Alexakis, the tour has been well received. He believes, probably contrary to what you're thinking, that this success is more than nostalgia and has a lot to do with the enduring nature of 1990s rock.

"It is an overwhelming testament to the album and what it means to people," he remarked of the tour's reception, "but I also think there is just something in the air about 1990s music, people really want to rock... It's not just nostalgia."

Though the band has six other releases since, Alexakis doesn't necessarily mind that SMFTA has basically defined Everclear's sound and legacy for most people.

However, because the album is largely autobiographical (even if sometimes in a veiled way), Alexakis says performing the album over and over does take an emotional toll. "For a lot of these songs," he said, "I have to access this hurt child inside of me, and that's really draining, but also somehow therapeutic."

He believes that the album's confessional and vulnerable lyrical tone is probably why it's still listened to and revered by many. "Every family has its dysfunction," he chuckled.

Near the end of our chat, a jovial Alexakis told me that the post-show meet-and-greets on this tour have been "like rounds of speed therapy" for all concerned. That, whether you grew up listening to SMFTA or are relatively new to its abundant charms, is about as good a reason to keep listening as you're likely to find.

So, here's to some good old nostalgia and rock n' roll therapy down by the river. Here's to another twenty years of preferring our problems when they are someone else's, ideally held at bay by a thin veneer of Hollywood shine.