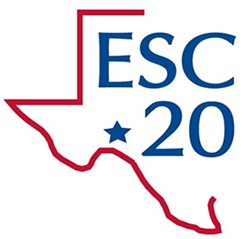 That's because there is "no full year of program data," Vinton said, explaining that the school year, which is how ESC20 would measure a year of data, stretches into 2015.

The GED test changed in 2014 to reflect Common Core standards.

But even if ESC20 did have a full year of data, it might not paint a clear picture because of multiple changes in adult education on local and state levels.

For instance, in 2013, San Antonio closed seven community learning centers, where GED test prep and test taking would happen, Vinton said, adding that those programs were folded into Learn at SAPL (San Antonio Public Library). There are only two locations now, Vinton said, which are primarily used for GED and ESL (English as a Second Language) studies. ESC20 also offers classes to adult education learners, she said.

And then there's the big statewide change. The Texas Workforce Commission took over GED testing in the Lone Star State in 2014 from TEA. So now, San Antonio's nine adult education programs are consolidated into the Adult Education and Literacy Alamo Consortium.

"We used to be independent, now we are tied financially and performance wise," Vinton said.

But according to Vinton, that's a good thing.

"We have come together and are more efficient and smarter," she said.

As for the GED, Vinton admits it is more rigorous and that there are more expectations.

"Ultimately, this increases the value of a GED," Vinton said.

However, there are criticisms that the new test, which is computer-based, gives the short end of the stick to people who want to earn a GED to better their job opportunities, not to go to college.